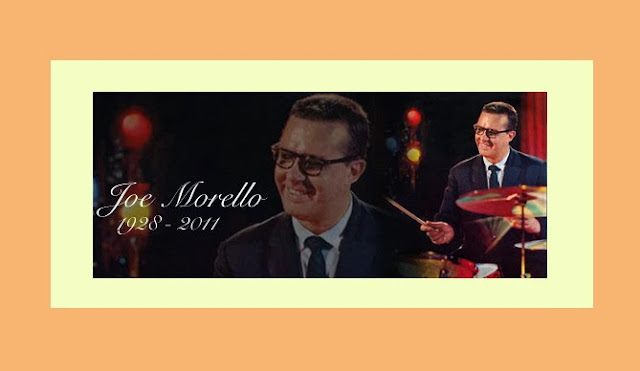 If you were a drummer, it was always easy to find him.

If the classic Dave Brubeck Quartet was in town, just head for the nearest drum store some time after lunch and you’d be almost certain to run into Joe Morello.

Whether it was Roy Harte’s Drum City on Santa Monica Blvd. of Bob Yeager and Chuck Molinari’s Professional Drum Shop around the corner on Vine Street in Hollywood, CA, or Kenny Williams’ Drumland in San Francisco, Frank’s Drums in Chicago or Jack’s Drum Shop in Boston, Joe would be there holding forth behind a drum kit while drummers both young and old peppered him with questions.

And he couldn’t have been nicer about taking the time to answer them, usually with some sort of demonstration on a snare drum that he had tuned to perfection. 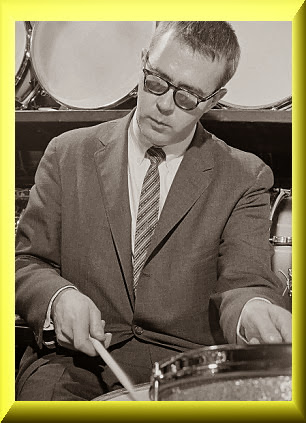 While he certainly had the acclaim of the general public and won his share of awards, for the life of me, I could never understand why Joe never received more approval from the Jazz press.

Many of the later extolled the polyrhythmic intricacies of Elvin Jones and Tony Williams or the spectacular flash of Buddy Rich, or applauded the melodicism of Max Roach, Art Blakey and Roy Hayes - each and every one, deserving of such praise in his own way - but Joe seemed to get dismissed out-of-hand as someone less-than-worthy, primarily because of his association with Brubeck.

Joe’s time was flawless and flowing, he played drums with power AND speed, had a well-developed sense of humor “on” the instrument and could practically blow-up a room with percussive pyrotechnics when given an extended drum solo.

Given the considerable range a drummer would need night after night to accompany alto saxophonist Paul Desmond’s lyricism on the one hand and pianist Dave Brubeck’s thunderingly complex improvisations on the other, and then hold one’s own on occasion when called upon to solo either briefly or at length, Joe was a musical marvel, let alone, modest to a fault about his talent and ability.

Once toward the end of his 12 ½ year stint with Brubeck’s quartet when I asked him about this lack of recognition by the Jazz cognoscenti, he laughed and said: “Well, I’ve had a steady, well paying gig for over ten years, have travelled all over the world and I get a featured drum solo every night. Not bad, eh?”

Joe’s masterful drumming is on display in the following video tribute on Deep in the Heart of Texas from the Dave Brubeck Quartet’s Southern Scene Columbia/Sony recording.

In his sleeve notes, Dave Brubeck had this to say about Joe’s playing on this old chestnut.

“Joe introduces the melody on drums, I follow with a repetition of the melody, but with a rather different harmonic approach from the original. … Joe concludes with a remarkably intricate performance which unwinds over three choruses, creating patterns within patterns, all of which are spun from the original melody we heard in the drum introduction.

Try three choruses of ‘singing along with Joe’ [i.e. keeping the melody in mind while listening to Joe’s solo] and you’ll find it quite a relief when you come out with him when he returns to the melody on the fourth chorus.”

[Please click on the “X” to close out of the ads]