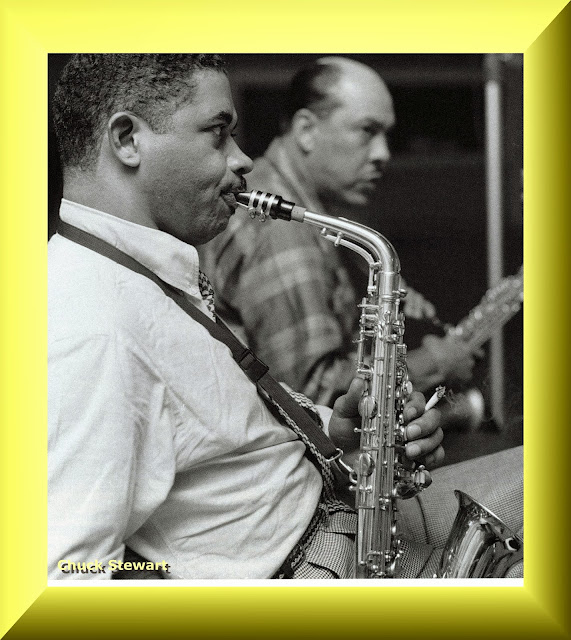 One of the most joyous Christmas gifts I ever received was the Basie Plays Hefti Roulette LP.

I must have practiced to it on countless occasions so I could get all of drummer Sonny Payne’s “kicks, licks and fills” down to perfection.

In the process, I memorized all of the horn solos as well.

It’s where I first “met” tenor saxophonist and flutist, Frank Wess. I loved his playing then and have enjoyed it ever since.

Frank Wess was the personification of the stand-up-and-blow-your-horn Jazz musician.

One summer, I worked a gig in The Space Bar at Disneyland, a venue that is long since gone from the Anaheim, CA park.

The Basie Band often worked Disneyland during those summer months and many that followed.

I got to know and hangout a bit with Frank Wess during that summer gig at Disneyland. He introduced me to Sonny Payne by saying: “Hey Sonny, this kid knows all your sh**!” Me and my big mouth!!

We wanted to remember him on these pages with Peter Vacher’s obituary from the November 4th issue of The Guardian. 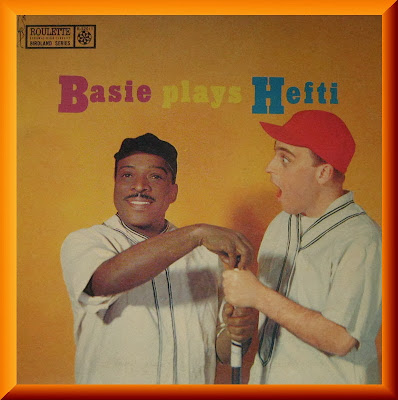 “For 11 years, the tenor saxophonist Frank Wess, who has died aged 91, was half of one of the most irresistible pairings in jazz. He played alongside fellow saxophonist Frank Foster in the Count Basie orchestra and the two became known worldwide for their duets or "tenor battles", Wess taking the softer line while Foster played the tough guy. "Frank was smooth and I had a little more drive," Foster said. Billed as the Two Franks after Neal Hefti composed a special feature for them with that title, and seemingly joined at the hip, they continued their association long after both had left Basie, often performing together.

While with Basie, Wess soloed on flute as well as saxophone, helping to change the way the instrument was heard in big bands and winning Downbeat Magazine's critics' poll on flute every year from 1959 to 1964. It is no exaggeration to say that he "established the flute as an appropriate instrument for Jazz", in the words of Barry Kernfeld in the New Grove Dictionary of Jazz.

Born in Kansas City, Missouri, into a middle-class African-American family, Wess grew up in Sapulpa, Oklahoma, where he began to play alto saxophone in his father's amateur band as a 10-year old, before settling in Washington DC in 1935. Both parents were schoolteachers and intended their son to be a dentist although Wess claimed that he knew early on that jazz was to be his career. He was soon good enough to play with local dance groups and to work in the house band at the Howard theatre, Washington's leading black entertainment arena.

It was then that he moved over to the larger tenor saxophone, inspired by the great Basie soloist Lester Young. "Lester showed me a lot of things about the horn," Wess told the writer Stanley Dance. His first "name" band experience was with the vocalist Blanche Calloway, the elder sister of the more famous Blanche Calloway, this sojourn interrupted by his army call-up in 1940 (he was solo clarinettist with the 5th Army band).

After demobilisation in 1945, Wess joined the Billy Eckstine orchestra for two years, playing alongside several eager young boppers before he moved on to Eddie Heywood's small group and then worked for a year with Bull Moose Jackson's rousing R&B combo. Determined to take his flute studies seriously, Wess enrolled at the Modern School of Music in Washington under the GI bill in 1949 and was tutored by Wallace Mann, the National Symphony Orchestra's flute soloist, eventually earning his degree.

Wess's Basie breakthrough came in 1953 and if it took a while for the bandleader to realise that Wess was a flautist too, it did not take him long to sense that here was a crowdpleaser who deserved to be featured extensively on record and for live dates. Wess's time with the band coincided with its hugely successful rebirth following the Atomic Mr. Basie album, recorded in 1957, and its greatest period of international fame.

The memory of their first appearance in London in 1957 still resounds, the band's sheer swing power and the solo elan of the musicians, Wess included, proving quite overwhelming. Wess was the last surviving member of that mighty ensemble.
He recorded regularly away from the band with other modern jazz stars and under his own name for a variety of labels, his whole-hearted tenor sound and flute capability making him the ideal sideman. He also began to write for the Basie band, having studied arranging at Howard University; Seque was perhaps his most widely performed piece.

Wess left Basie to go into the pit band for Golden Boy on Broadway in the mid-60s, adding clarinet to his arsenal of instruments (Wess once said the clarinet "was invented by five men that never met") and continued working as a freelance, living at home with his family while responding to every kind of commercial call, in addition to leading his own jazz groups. This included playing for The David Frost Show (1969-72) and Saturday Night Live and for further Broadway musicals and on jingles. 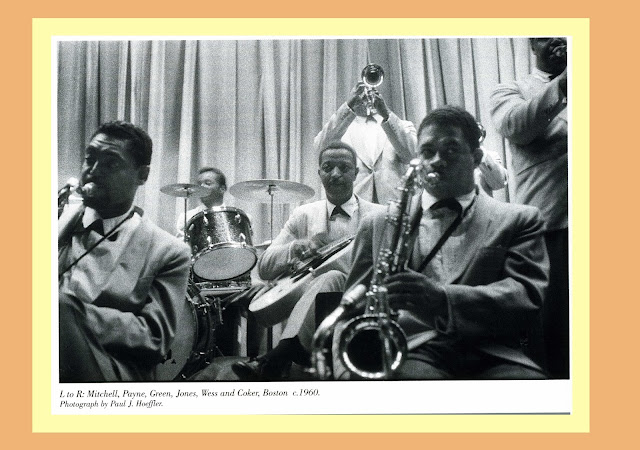 He was a member of the trumpeter Clark Terry’s big band from 1967 to 1970 and toured overseas with the New York Jazz Quartet. His association with Foster was revived regularly. He travelled internationally with the Philip Morris Superband, visited Japan with his own equivalent to the Basie orchestra and played with the ensemble Dameronia. Meanwhile, his recording career continued unabated and it is estimated that he appeared on more than 600 recordings, his final album appearing a few months ago.

Dance described the softly spoken Wess as "one of those undemonstrative musicians who are the backbone of the profession". Revered by his peers, Wess was made a National Endowment for the Arts jazz master in 2007 and continued to perform at the highest level until earlier this year.

He is survived by his partner, Sara, and two daughters, Michelle and Francine, from his marriage to Virginia. A son, Richard, predeceased him.

Click on the “X” to close out of the ads.