Chances Are It's Shorty ... Rogers 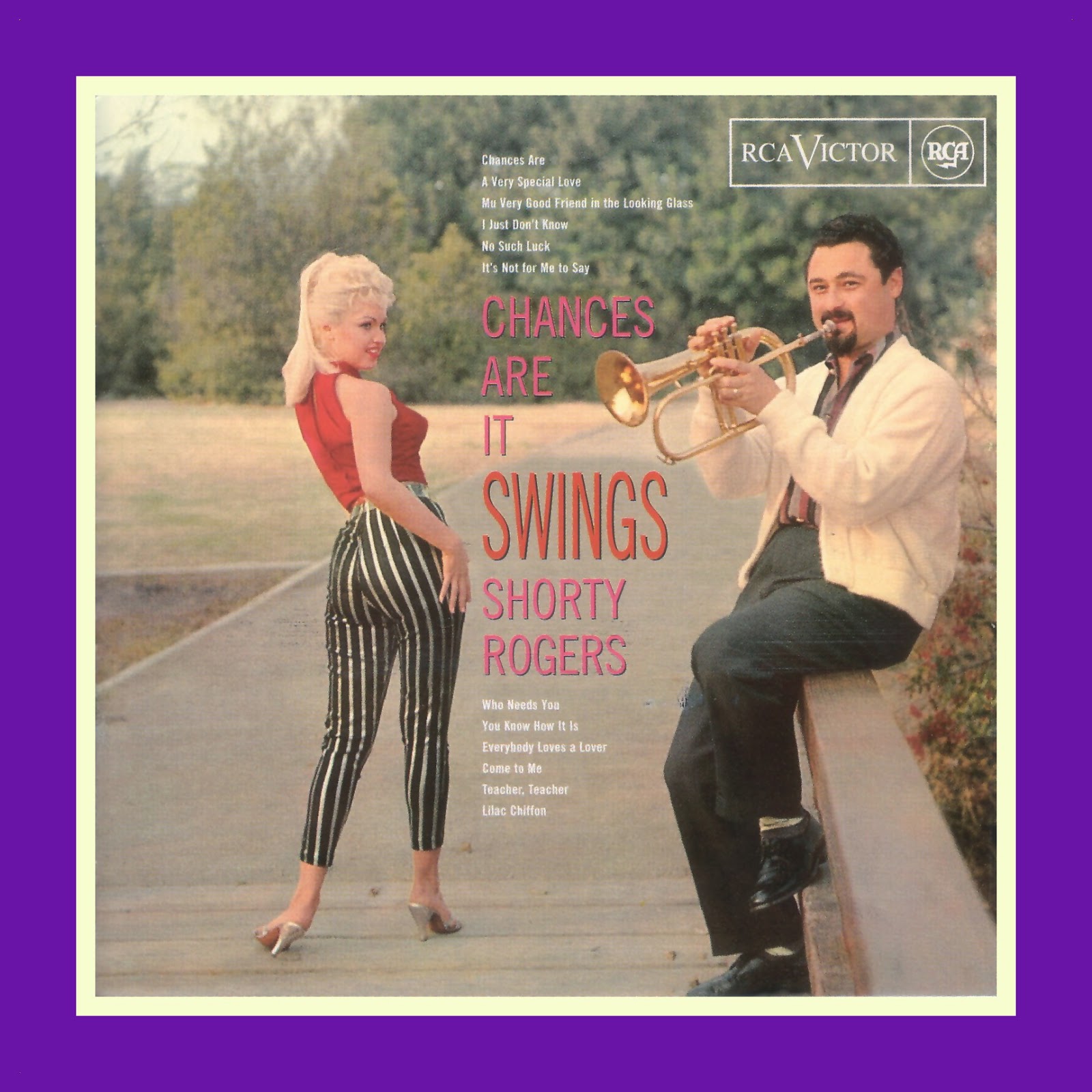 What are the chances that the following group of stellar musicians would walk into a recording studio in Hollywood on three, separate occasions in December, 1958 and lay down a dozen big band arrangements each of which is beautifully executed and bristling with sparkling energy?: 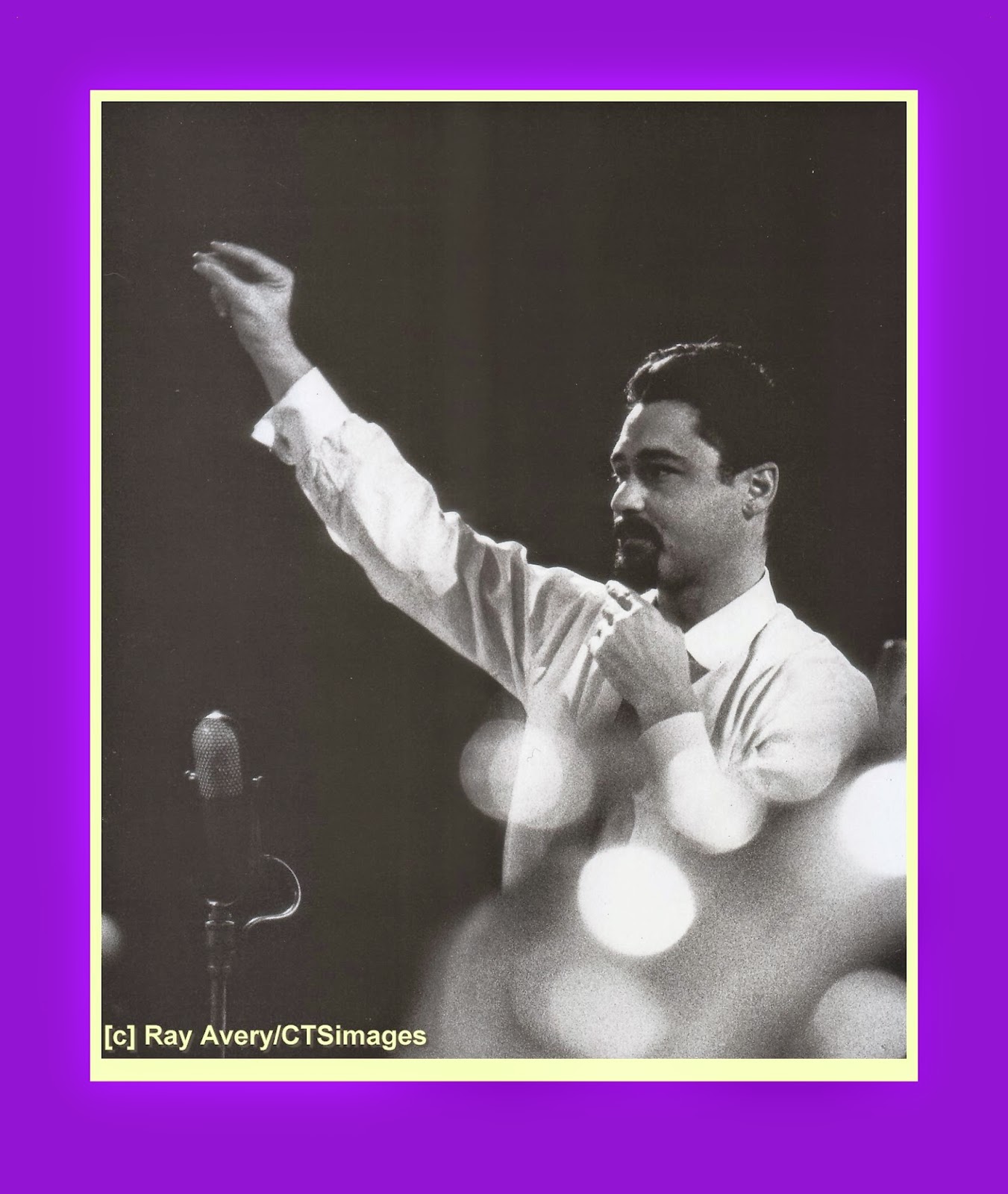 Well, your chances would be especially good if your name is Shorty Rogers and, in addition to being an excellent trumpet and flugelhorn player and and a highly regarded arranger-composer whose work includes charts for Woody Herman, Stan Kenton and a host of other big bands including his own, you were also acting as RCA Victor’s Artist and Repertoire representative for Jazz on the West Coast.

And that’s exactly what happened on December 9, 12, and 20 when the above-group of studio musicians recorded the following tracks for Shorty’s Chances Are It Swings: Shorty Rogers and His Orchestra featuring The Giants [RCA LPM-1975; RCA BMG 74321433902]:

At the time, John Tynan was the West Coast editor for Downbeat magazine and he wrote these insert notes for the recording which will give you some additional insights into the project’s background [paragraphing modified]:

“That fickle lass, Jazz, is a volatile wench of multicolored moods. She can be broadly bluesy or subtly cool, rubbing elbows with disparate sources from the guitar-strumming Mississippi cotton picker to the urbane Cole Porter.

Though her demands may be finicky at times "La Jazz" imposes one basic prerequisite on those who would court her: the music on which she swings must be high caliber. This alliance of arranger-trumpeter Shorty Rogers and songwriter Robert Allen proves a happy combination of brilliant arranging and hit songs. Allen's songs bear melodic witness that real talent, no matter how long its incubation period, must express itself.

"I've been writing songs for only about six years" Allen explains. "Before 1952, I played jazz piano in New York night clubs. Nothing very far out. Certainly nothing to cheer about." After a half dozen years on the club circuit, the constant urge to write became a nagging ache. "I found myself thinking about writing all the time," says Allen. "It was bugging me. And I found myself losing the incentive to play. All I could think about was writing songs... it became an obsession."

Allen's obsession turned out to be magnificent. In the past three years alone some 80 per cent of his tunes have been hits. There are no less than seven "smashes" in this album. Of Rogers' work in adapting his songs to big jazz band interpretation, Allen waxes lyrical. "This album is today," he exults. "It's revolutionary in concept when you consider the popular music picture today. Unlike so much jazz being currently produced, this set is not living in yesterdays music... I'm firmly convinced that Shorty has established twelve standards with his treatment of my tunes."

Positive that"... it's impossible for things ready to swing unless you understand the material," the composer declares that Rogers has succeeded in opening facets of his songs never before revealed. "You know," Allen muses, "when songs become popular hits, most people don't think of their chordal structure in jazz terms. They're played on the neighborhood jukeboxes, people whistle and hum them—but there's where their musical interest ends." 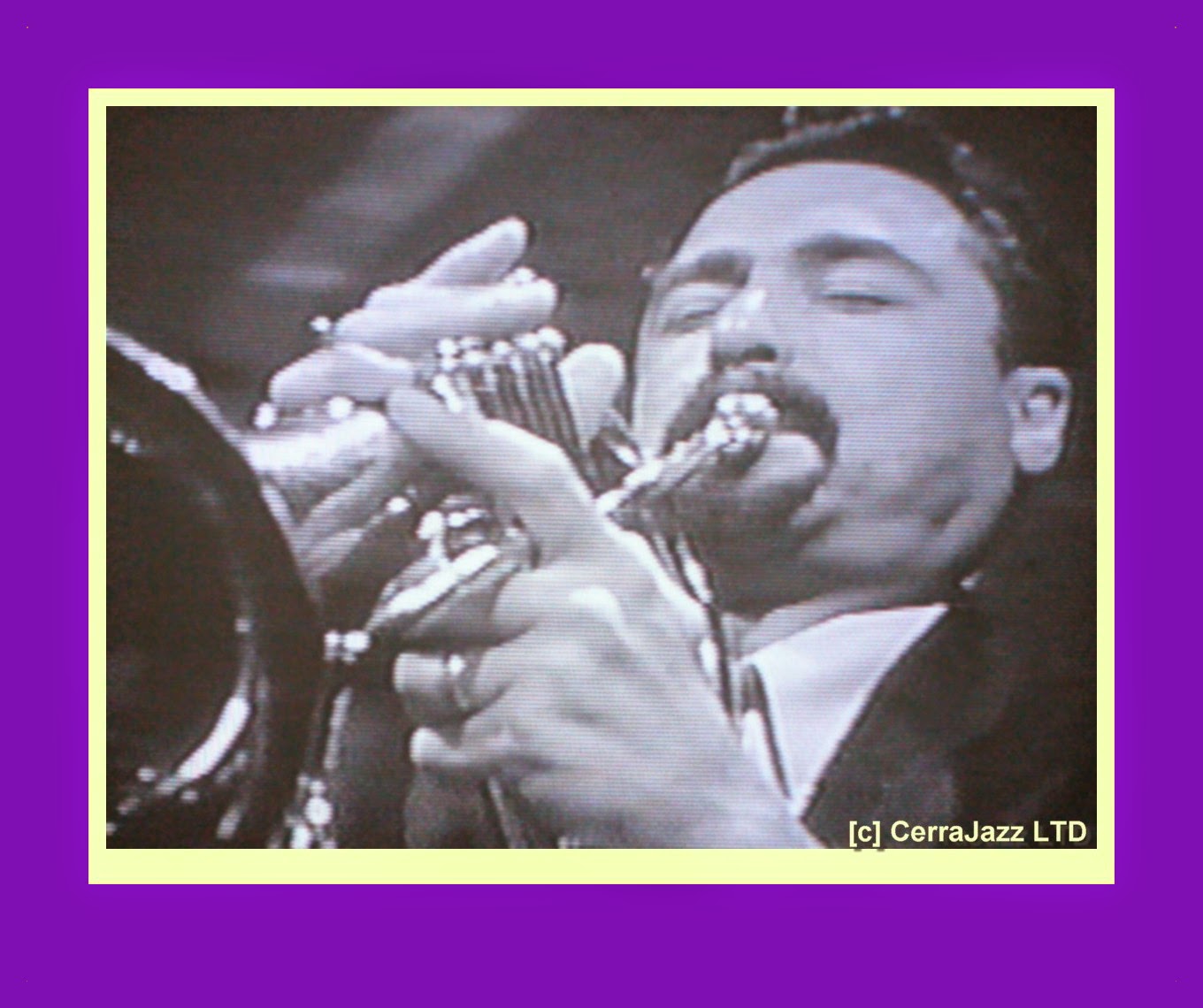 Yet, in Allen's opinion, the heyday of big bands was marked by successful, valid jazz treatments of then current popular songs. He cites Jimmie Lunceford's "Ain't She Sweet," Count Basie's "Cheek to Cheek" and Duke Ellington's "Caravan" and points out that some of the best jazz of the Thirties was blown on a pop song by Fats Waller—"Honeysuckle Rose."

The composer contends a similar approach should apply to good contemporary popular songs. "When the public hears an album of familiar pop songs with good jazz treatment," Allen conjectures, "maybe they'll like it well enough to buy it. And in passing they just might learn a thing or two about good music. This worked in the old days; no reason why it shouldn't again."

As Shorty Rogers' imaginative arrangements demonstrate, jazz can be written into and improvised on most music of real merit. As vehicles for the driving solos of both Shorty and some of the best jazz hornmen in Hollywood (necessarily uncredited), the album turns out to be mighty creditable jazz indeed.

Shorty's tightly controlled modern trumpet style, born of Diz Gillespie and Miles Davis, had its genesis in the early days of the bebop era even before Shorty became one of the star soloists in Woody Herman's First Herd.

Today he is no more a "typical bebopper" than is writer Allen. Domesticated in Southern California since 1947, the 34-year-old trumpeter is one of the busiest arrangers on the Coast. From the cluttered workroom behind his Van Nuys home, Shorty turns out arrangements for a wide variety of RCA Victor recordings— from commercial pop vocal singles to his own big band jazz albums such as CHANCES ARE IT SWINGS.

Needless to say, chances that this album swings are better than even. In fact, grins Shorty, the element of chance that it would not never once entered his mind.

Thankfully, there are still many fine studio musicians in Hollywood, CA and some wonderful arranger-composers on the Jazz West Coast scene.

Chances are you’ll get to read more about them in some future postings on these pages.

Chances are, too, that many of them were inspired by the work of Shorty Rogers who in his kind, quiet and understated way, put his imprimatur on much that was great about West Coast Jazz during its halcyon days.

The audio track to the following video tribute to Shorty will provide you with a taste of the music that’s on offer in Chances Are It Swings: Shorty Rogers and His Orchestra featuring The Giants. In the event that you are not familiar with it, the tune is Chances Are which went on to become a mega hit for Robert Allen when Johnny Mathis recorded his vocal version in 1957.