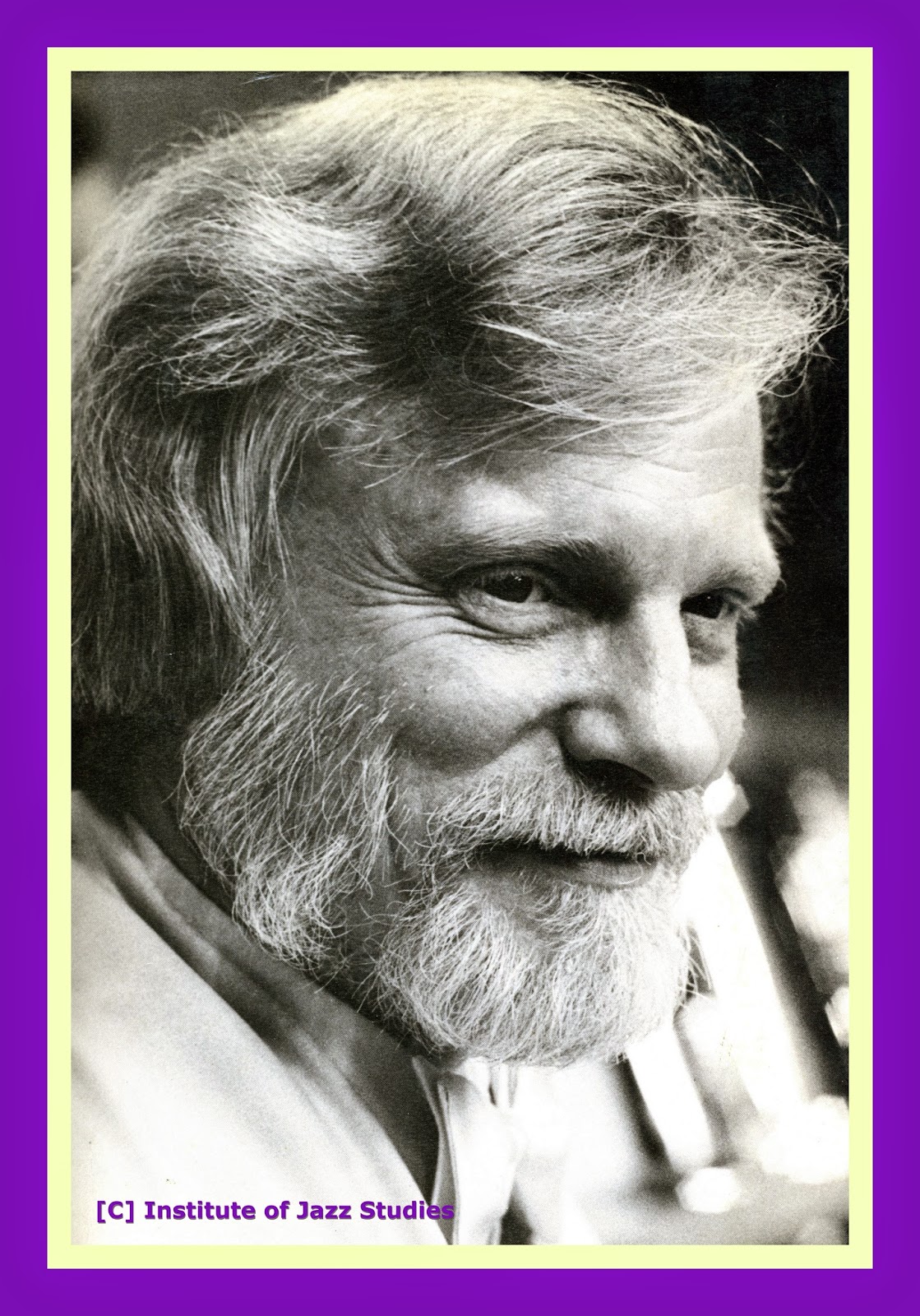 “Baritone saxophonist and composer Gerry Mulligan has been a central presence in six decades of jazz, from the dance band era to the present day. As a teenager in the 1940s he traveled with the Gene Krupa band, arranging and playing a sweet and unbounded bari sax. He was an important voice in the legendary "Birth of the Cool" sessions with Miles Davis, where his exquisite arrangements set the tone for progressive jazz in the 1950s. Always at the front of the new jazz aesthetic, always innovating, Mulligan and his quartets, sextets, and tentettes were the driving force of the be-bop and post-be-bop generations of jazz, while his Concert Jazz Band and subsequent orchestras have kept him in the forefront of music into the 1990s.

Mulligan has made music with such jazz giants as Billie Holiday, Thelonious Monk, Oscar Peterson, Duke Ellington, Dave Brubeck, Dizzy Gillespie, and Lionel Hampton, always challenging his own way of playing, never settling on one style. To hear Mulligan blowing side by side with other saxophonists, paired off with Zoot Sims, Stan Getz, Paul Desmond, Ben Webster, or Johnny Hodges, confirms his brilliance as jazz's greatest bari.

Listen: Gerry Mulligan is a personal tour through the canon of Mulligan's music, a unique look at the artist as composer, musician, and cultural force. Here is a look at Mulligan's recorded output—on over one hundred albums—written by a sensitive and perceptive listener who has spent a lifetime with his music. From his parents' Crosley radio, where as a child he feasted on the big band music of the 1940s, to the present, Jerome Klinkowitz has amassed an aural history of Mulligan's development as a musical innovator and seismograph of American popular culture. Listen: Gerry Mulligan is a treasure for every jazz lover.”
- Dust jacket annotation for Listen: Gerry Mulligan 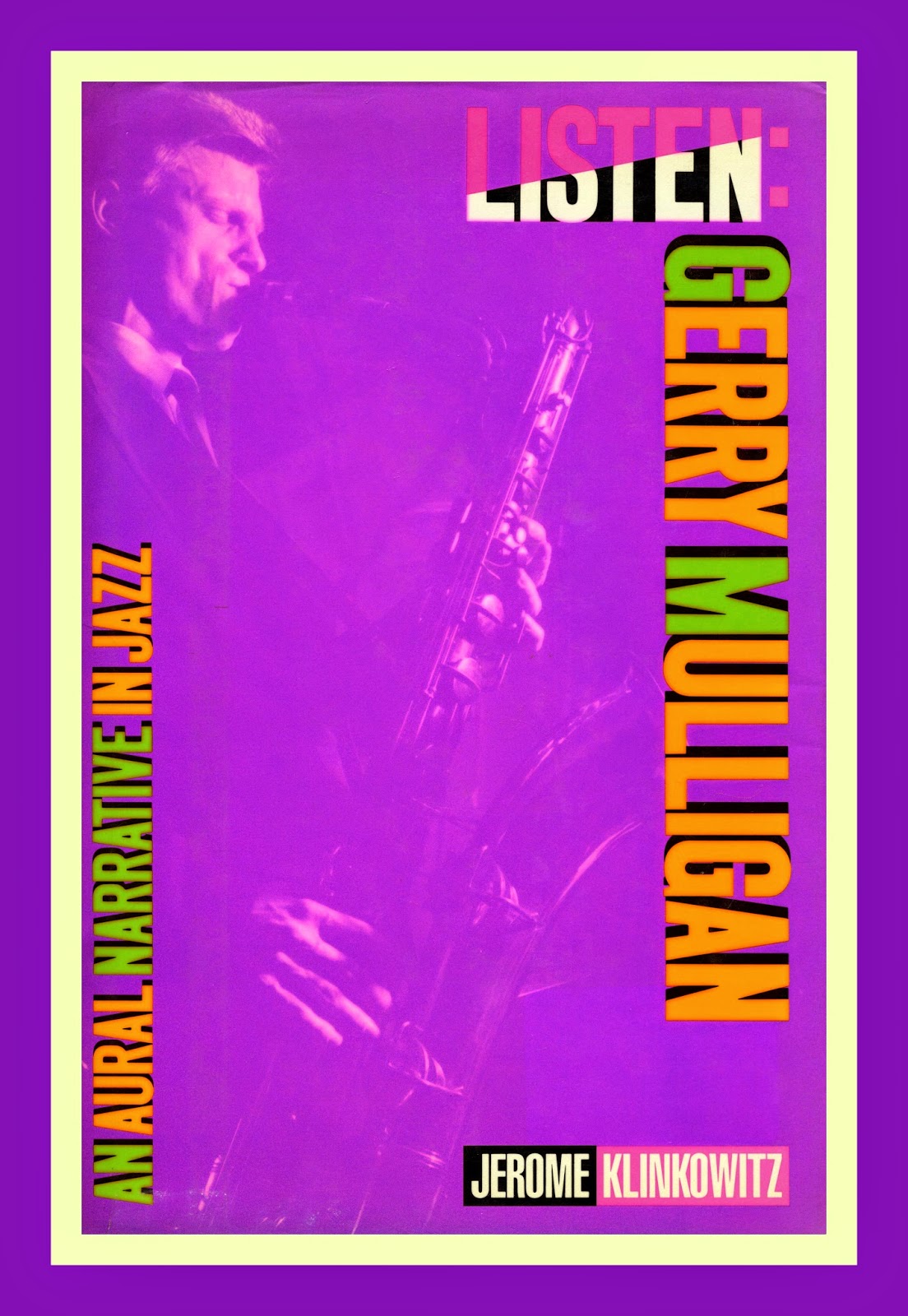 In previous postings on baritone saxophonist, composer-arranger and bandleader, Gerry Mulligan, some omnibus and some more specialized sketches, I have lamented the fact there there still remains no comprehensively researched work on Gerry and his music, this despite the fact that Mulligan was one of the seminal figures in the history of Jazz in the 20th century.

A few readers have shared that perhaps Jerome Klinkowitz’s Listen: Gerry Mulligan - An Aural Narrative in Jazz [New York: Schirmer Books, 1991] might suffice as such an effort.

Essentially based on Professor Klinkowitz’s impressions of Gerry’s recordings, it is by definition, a personal appreciation rather than an unbiased and objective study of Mulligan and his music. [N.B.: When this book was published in 1991, Professor Klinkowitz was a professor of English at the University of Northern Iowa].

In the opening paragraphs to his Conclusion: Composing a Life of Music, Professor Klinkowitz states:

“Gerry Mulligan's first recording dates from 1945 with the Elliot Lawrence band. His forty-five years' worth of albums are a remarkable archive, even more so when measured against the entire history of recorded jazz, which dates only from the February 1917 sessions of the Original Dixieland Jazz Band for Victor, with jazz itself existing as an identifiable musical form only for a few short years before that. Of the seventy-some years in the history of jazz records, Mulligan's four-and-a-half decades are the greatest part, missing only one epochal style, Dixieland, while including the swing era, in which he debuted, and all the various developments since.

Swing, bop, progressive, cool, fusion—Mulligan not only experiences them all but contributes to them as an innovator and draws on their new styles for his own playing and writing. He is one of the few important jazz musicians who can sound utterly contemporary in 1945, 1959, 1971, and in the present, and whose work has the feel of anticipating what's to come. His vast canon of LPs serves as an archive of a major part of jazz history, providing not just enjoyable listening but a culturally illustrative soundtrack reviewing all the ground covered over the past half-century, with special attention to all the formative steps along the way.

No one would suggest that in Mulligan's dance-band writing of 1945 can be heard the excitement of V-E Day and the tremors of atomic detonation over Japan. That's something for the movies, and though even a very good one—Martin Scorsese's New York, New York — dramatizes the emergence of bop out of just such excitement and moral disruption, the relation of jazz to American culture is an immensely more subtle matter. But the fact remains that Gerry Mulligan's evolving music was at the heart of changes in American jazz, changes that revolutionized the art form and brought it to its greatest period of confidence and maturity. And all this happened during the century's central decades that initiated an epoch with names of its own. Postwar, atomic, postmodern, contemporary — the specific terminology is still unsettled, but the period itself is a historically and culturally distinct one. The marvel is that in the 1990s one can look back and see so many changes within the lifetime of Americans just now in their prime. Because Gerry Mulligan's work went through the same range of development, comprising so much of the history of jazz, and yet is still with us in an eminently current way, his music makes the perfect aural backdrop to this half-century of transformation. “[pp. 208-209]