Sonny and Jim and The Bridge 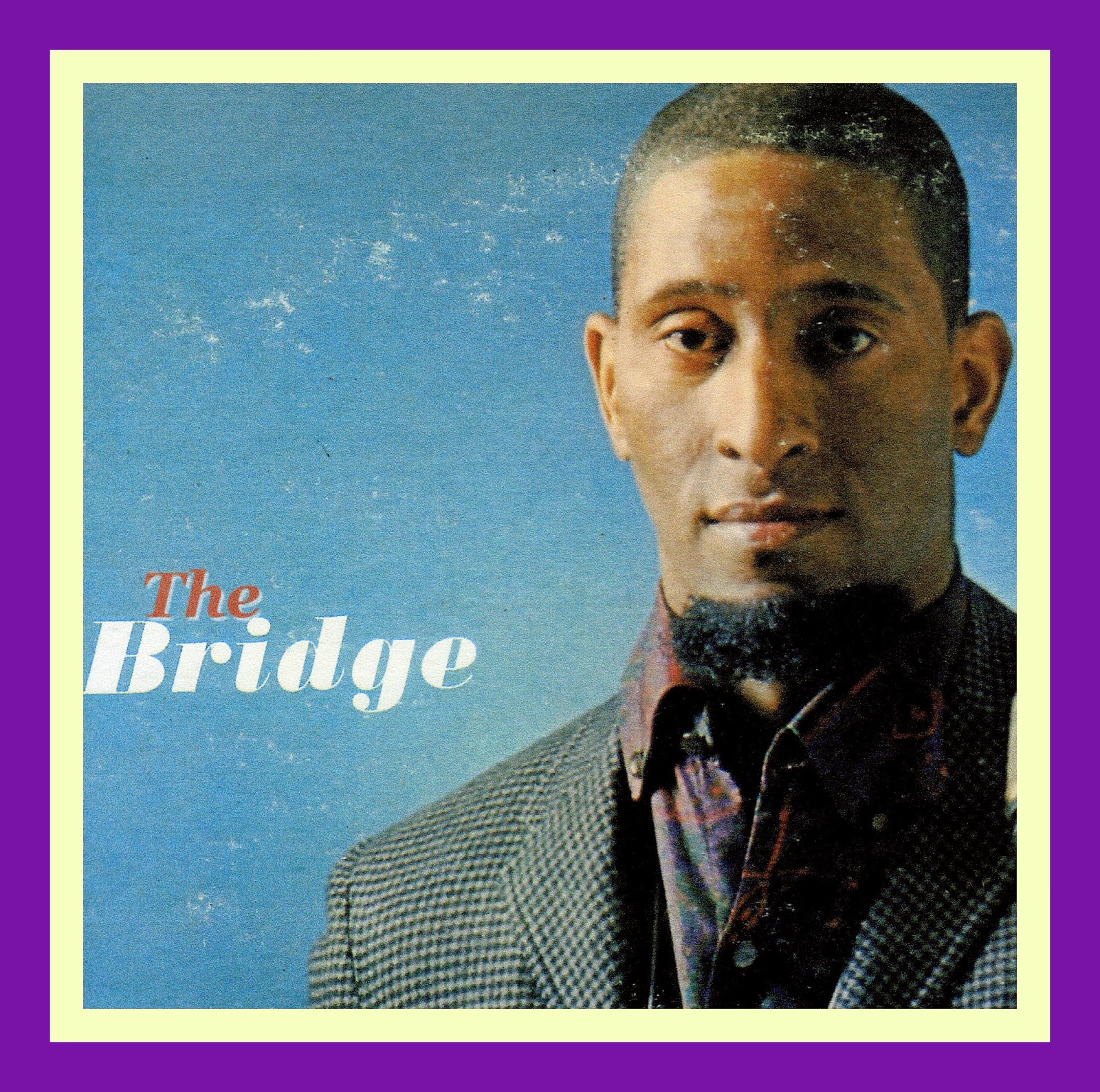 “When I went to the bridge, I wanted to learn how to arrange and improve my musicianship …. That kind of self-initiative was very important to me.”
- Sonny Rollins as told to David Yaffe in 1995 and quoted in Gary Giddins, Visions of Jazz [p. 416]

“... no matter the context - hard bop or free jazz - and however much he adjusted his timbre, he never abandoned a few enduring principles: a style of improvisation that combines thematic development with melodic paraphrase; a large and ever-changing book of standard songs complemented by distinctive originals; and a dedication to stout rhythms verging on dance.
Gary Giddins, Visions of Jazz [p. 418]

“Rollins …  went into seclusion for over two years, practicing, refining his craft, reading, thinking. His return was eagerly anticipated by jazz fans—especially given the superheated atmosphere of the jazz world circa 1960. New sounds were in the air. At no time in the history of jazz music had the mandate to progress been felt so pervasively by the leading players. At times it seemed as if progressivism were the only aesthetic measure that really counted, for many critics and some fans, at this juncture in the music's evolution.”
Ted Gioia, The History of Jazz, [p. 312]

When I listen to the music of tenor saxophonist Sonny Rollins, I sense a brooding melancholy but also a broad humor. He is a fearless improvisor.  But for a  player with so much assurance, he also exhibits so much doubt when away from the music; so much energy yet so much turmoil when involved with the music.

Throughout his distinguished career, tenor saxophonist Sonny Rollins has periodically taken time away from it.

When he first started doing this, the Jazz media would issue broadsides asking - “Where’s Sonny?”

Being the New York neighborhood cat that he was, it wouldn’t take long for a Sonny Sighting to occur usually involving some quixotic behavior on his part like practicing under the Williamsburg Bridge.

Back in the day, if you were not working the club scene and recording on a regular basis, especially if you were such a large talent like Sonny, people questioned your sanity.

These days with concert performances more the norm than club dates, when Sonny takes a few weeks or months off it’s not quite as big a deal.

However, as an example of Sonny’s tendencies to wander off the scene,  prior to the 1962 issuing of one of my favorite Rollins recordings, “the saxophonist disappeared for two years, before returning to the studio with a new contract from RCA. The Bridge [LP 2527; CD 0902 668518-2] started him off. [Guitarist Jim] Hall is an unexpectedly fine partner throughout, moving between rhythm and front line duties with great aplomb and actually finding ways to communicate with the most lofty of soloists. It is an often compelling record as a result.” [Richard Cook and Brian Morton, The Penguin Guide to Jazz on CD, 6th Ed. p. 1266]

“Unexpectedly” is a nice way to characterize the pairing of Sonny Rollins with guitarist Jim Hall, but the result is an excellent example of the ‘sound of surprise” a phrase created by the late, writer Whitney Balliett to describe one of the remarkable qualities of Jazz.

[I’ve yet to find an observation in the Jazz literature linking the title of Sonny’s album - The Bridge - with his two year hiatus from the music prior to its recording, some of which found him practicing under the Williamsburg Bridge [!]. Too obvious, perhaps? 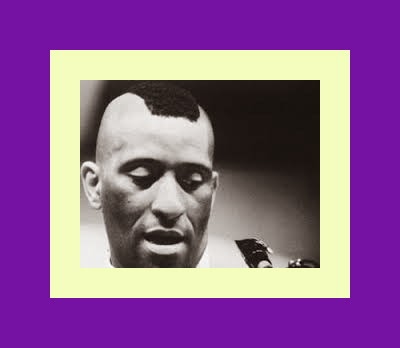 Gary Giddins offers these views of The Bridge and the pairing of Sonny and Jim on The Bridge in these excerpts from his always insightful Visions of Jazz:

“He exhibited a more rugged, direct timbre when he returned, with a lucrative RCA contract and The Bridge. (In the '50s, he had recorded exclusively for small independent labels, including Prestige, Contemporary, Blue Note, MGM, and Riverside.) Rollins sloughed off comparisons to his earlier work and upset critical preconceptions by constantly tinkering with his sound, while sampling in his uniquely jocular (many said sardonic) way the avant-garde and the new Latin wave. Some people were offended by his humor, some by his implacable authority. Others presumed a rivalry between Rollins and Coltrane that must have been galling to both men. Of the six controversial albums that emerged from his association with RCA, The Bridge was initially the most widely admired, probably because it was the most conventional—the most like his '50s LPs. Although the album presents his quartet, with Jim Hall on guitar, Rollins's solos are usually backed by bass and drums, so there is a connection to the trio albums. Yet the jazz world had changed in his absence: the new music surfaced and Rollins was intrigued.” [p. 416]

And writing in his seminal The History of Jazz, Ted Gioia put The Bridge in the following context:

“Rollins …  went into seclusion for over two years, practicing, refining his craft, reading, thinking. His return was eagerly anticipated by jazz fans—especially given the superheated atmosphere of the jazz world circa 1960. New sounds were in the air. At no time in the history of jazz music had the mandate to progress been felt so pervasively by the leading players. At times it seemed as if progressivism were the only aesthetic measure that really counted, for many critics and some fans, at this juncture in the music's evolution. Rollins felt these pressures yet he ultimately reacted with ambivalence. When he returned, Rollins may have been a changed man — during his sabbatical he had become a Rosicrucian, studied philosophy, exercised, practiced — but his music was strikingly unchanged, disappointing those who felt that Rollins, like Coltrane and Coleman, would create a totally different sound. His comeback album, The Bridge, was a solid effort, but found Rollins again playing jazz standards with a fairly traditional combo. The main change here was the addition of guitarist Jim Hall, a subtle accompanist and inspired soloist, but hardly the "new thing" in jazz. 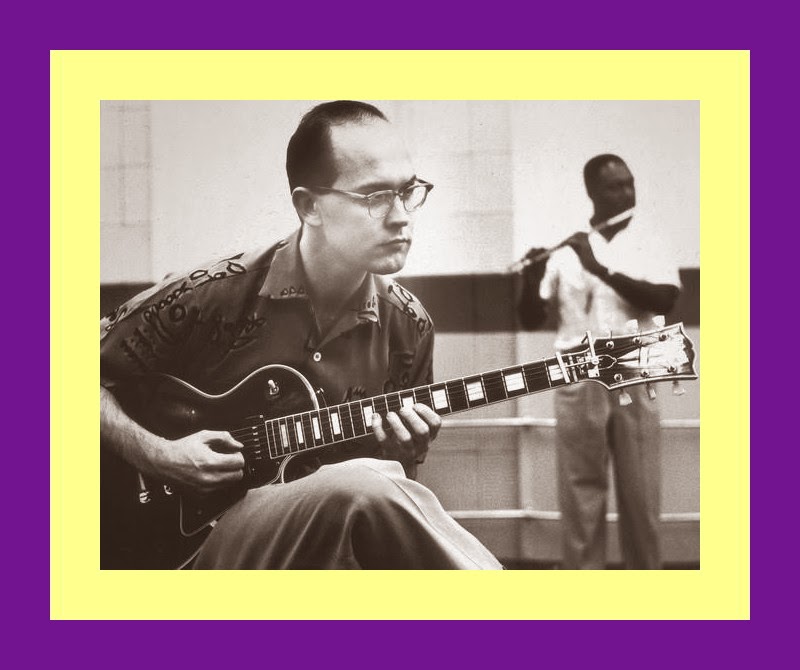 Rollins's various retirements, reclusions, and reconsiderations could stand as symbolic of the whole era. Jazz was in a period of transition, of fragmentation into different schools, of reassessment. The music's modernist tradition, which Rollins epitomized, could no longer simply be taken for granted. Its assumptions—about harmony, melody, rhythm, song structure, instrumentation, and perhaps even more about the social role of jazz music — were constantly being questioned and increasingly found wanting by the more revolutionary musicians of the younger generation. Rollins's self-doubts were in many ways the same anxieties felt by his whole generation as it struggled to clear a path through this seeming pandemonium. Some looked for even more, for a transfiguring movement, the next new thing, that would draw these fragments back together into a new coherence. Others, less sanguine, felt that there would be no more towering figures, titans of the caliber of Armstrong, Ellington, Goodman, or Parker, who could define a whole age, give impetus to an entire generation. Instead jazz, it seemed, was condemned to — or was it blessed by? — a pluralism, in which "next new things" would come and go with amazing alacrity.” [pp. 312-313]