Jazz: Body and Soul - The Photography of Bob Willoughby with a Foreword by Dave Brubeck 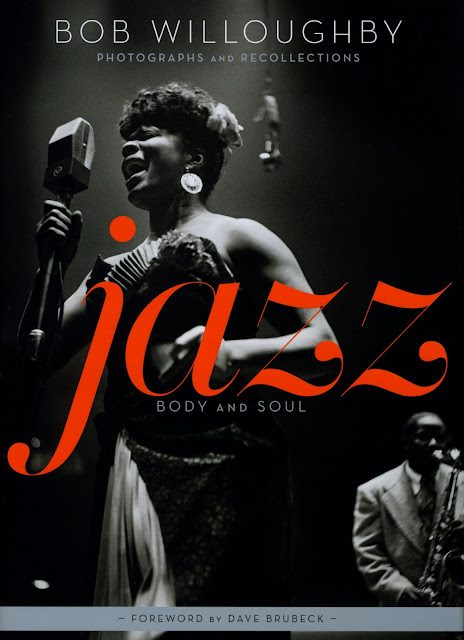 The West Coast in the 1950s: a time of youth, exuberance and change. Nowhere was this more evident than in the music emanating from the California jazz scene.

We have been fortunate to have many great photographers such as William Claxton, Ray Avery and Bob Willoughby chronicling Jazz on the West Coast at many of the concert halls and clubs where the music was performed from 1945-1960..

BOB WILLOUGHBY is best known as the master chronicler of Hollywood in the 1950s, '60s and '70s. He shot for all the major studios and his work was carried extensively in magazines such as Look, Life and Harper's Bazaar. Willoughby’s iconic images continue to be avidly collected and are included in museums the world over, including the Museum of Modern Art and the Tate Gallery.

Before he became known as the great chronicler of Hollywood stars, photographer Bob Willoughby had produced an astonishing series on these pivotal jazz musicians. Working at night in his garage darkroom to avoid light leaks, the radio blasting, Willoughby heard all the greats from that golden era of jazz. If he heard a live broadcast from a local venue, he'd drop everything and rush down there with his cameras to shoot. Willoughby had a huge appreciation of jazz, both in its technical aspects and its ability to raise the roof in performance. He had a masterful feel for the character of the artists, and was able to convey it even in the most difficult lighting conditions of recording studios and stage.

Many of Bob’s images have been collected in Jazz: Body & Soul - Bob Willoughby Photographs and Recollections.

In Jazz: Body and Soul you'll find unrivaled images of the most famous artists of the time — Miles Davis, Louis Armstrong, Chet Baker, Gerry Mulligan, Billie Holiday — and never-before published photographs of inspired performances and backstage jitters. Accompanied by Willoughby's intimate recollections, this is a unique first-hand view of what it was like to be there, as part of what Dave Brubeck's son Darius proclaimed "the beginning of the beyond." 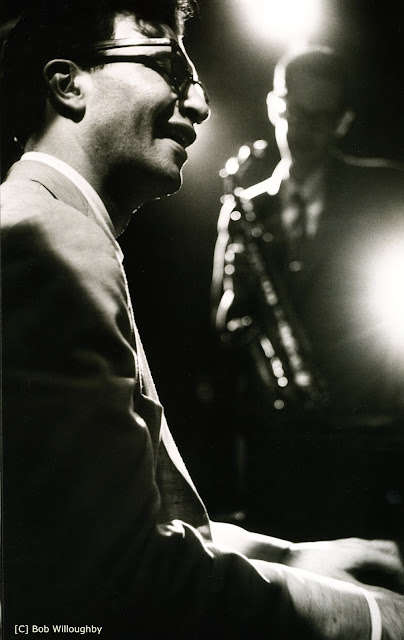 “San Francisco, 1950s. I think of this period as the most exciting period in my life. It was a time of youth, exuberance, hope, and change. The arts reflected the movements shaping a post-war society. Life in San Francisco was vibrant. Radio stations still played live music. My first radio broadcasts reached audiences throughout the Western states, as far as Honolulu, out into the Pacific, and into a garage photo lab where a very young Bob Willoughby listened to the new sounds.
Improvisation was the operative word then, spilling over (literally) on to the artists' canvases, and poets' and authors' pages, and stand-up  comics'   routines.  San   Francisco nightclubs spawned satirical humorists Mort Sahl and Lenny Bruce; Sunday afternoon sessions of Jazz & Poetry with the two Kenneths, Patchen and Rexroth, Allen Ginsberg and others; while a whole generation went On the Road with Jack Kerouac. Improvisation, along with something Paul Desmond called ESP, was key to the music that Paul and   created together. Someone later dubbed it "cool" (which it was not) and gave the new movement in jazz a geographic designation, West Coast (which was also misleading, as a similar movement was afoot in New York). Whatever it was called, the music had an immediacy that spoke to the young audiences of that period.

By 1951 the trio that had broadcast on NBC had become a quartet with the addition of Paul Desmond on alto saxophone. We were making our first West Coast appearances away from home ground, San Francisco, when we met Bob Willoughby. It was a big deal. We got into our cars (mine was a Kaiser Vagabond) and drove to Los Angeles to play at a club called The Haig, a converted bungalow situated across the street from the Ambassador Hotel. Gerry Mulligan, Chet Baker and I had made a trade. They would play at the Black Hawk, our San Francisco headquarters, while we took over their regular spot at The Haig. During that initial engagement Bob Willoughby took some spectacular photos of our group. When Fantasy Records was about to release our first recording with Paul Desmond, I recommended that Sol and Max Weiss contact Bob to obtain those pictures. The dramatic black and white photograph that became the cover of the first Quartet LP may have also been the first of such covers that subsequently became almost de rigueur in communicating that "cool jazz" was inside the record sleeve.

Fantasy Records, Bob Willoughby and the Dave Brubeck Quartet were all struggling at this time to launch fledgling careers. I understand that Sol and Max made a deal to pay Bob "in kind." Instead of the new jazz records he expected, he was given a stash of Chinese Opera recordings, the lucrative side of Fantasy's business at that time. Later, of course, as our careers advanced, and Bob became quite famous for his stills in the movie industry, he photographed the Quartet for Columbia Records and I trust he received just compensation.


Paul and I always felt at ease with Bob behind the camera. He not only had a good eye, he had a keen ear, and seemed to know when to snap at an inspired moment. Thank you, Bob, for your superb document of a wonderful period in jazz; a golden era that my son, Darius, a jazz educator, writing of the fifties, described as "the beginning of the beyond."