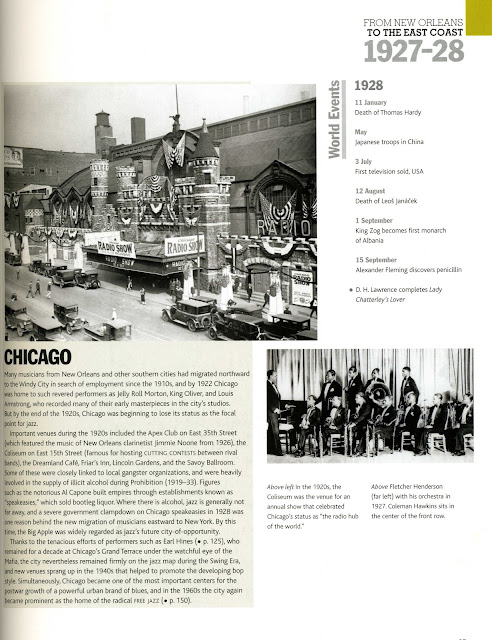 Jim Eigo of Jazz Promo Services brought this site to my attention and I thought I would bring it to yours, not only for its historical value, but to also help you gain access to many hours of pleasure as you mine it for music and information about the early years of Jazz.

A collection of early jazz recordings, including works by Louis Armstrong, Duke Ellington and Jelly Roll Morton, has been meticulously archived and released online.

At archive.org, 650 cassette tapes from the personal collection of David Niven are available to listen to. The archive includes handwritten liner notes and narration by Niven introducing the recordings.

The archive includes a lot of very early jazz music going back to 1921, much of which is difficult to find recordings of.

You can listen to the collection here.

“Any time we have the capability of a realistic look at actual recording of how something actually happened, we get a clearer picture of where the music came from, and where it’s going,” says Paul Contos, education director at the Monterey Jazz Festival.

“This kind of stuff is like the archeology of jazz.”

In his archive.org biography, Niven says he first listened to jazz at the age of 10 with his cousin. It was a Louis Armstrong record. His collection started there and lasted throughout his adult life. The archive project started when Niven wanted to introduce his children to the jazz music he was positively affected by.

"This is an extraordinary collection," archivist Kevin J. Powers writes on archive.org introducing the collection. "It has been Mr. Niven's life's work. It represents the very finest American music of the 20th century, and because Mr. Niven took the time and care to record these commentaries, he has produced a library that is accessible to everyone from jazz aficionados to jazz novices."

“My 20-year-old cousin introduced me to jazz when I was 10. It was a 10” 78 RPM OK recording of “My Heart” made in Chicago on November 12, 1925, by Louis Armstrong's Hot Five with Kid Ory, trombone; Johnny Dodds, clarinet; Lil Armstrong, piano; and Johnny St. Cyr, banjo. On the reverse was “Cornet Chop Suey.”

My hip cousin then advised me to get some recordings by another cornetist, Bix Beiderbecke, who started recording for OK the same year (1925). I dug, again, into my newspaper route money (35 cents) and bought the October 5, 1927, recording of “At the Jazz Band Ball,” backed by “Jazz Me Blues” by “Bix and his Gang”: Bix on cornet; Bill Rank, trombone; Don Murray, clarinet; Adrian Rollini, bass sax; Frank Signorelli, piano; and Chauncey Morehouse, drums. Over the next few years, I acquired every record Bix made prior to his early death in 1931.

Encouraged by my interest in jazz recordings, my cousin came up with a third suggestion for my collection: Duke Ellington. One year prior to Louis' and Bix's first recording, Duke and his six piece band “The Washingtonians” with Bubber Miley, cornet; Charlie Irvis, trombone; Otto Hardwicke, sax; Fred Guy, banjo; Sonny Greer, drums; and Duke, piano, had their initial commercial recording date in November 1924. I became the proud owner of every recording up to the start of WWII and some 75% of his recordings until his death in 1974, some 180 hours of the recorded Duke Ellington.

Throughout the ten years prior to WWII, during my high school and college years, my 78 RPM 10”, followed by 33 1/3 RPM LP, collection grew to the thousands. All the big names of jazz, along with lesser legends, were included, and I found myself with a first class treasure of early jazz music.

But I also found that such a collection was a first-class burden when I was moving through the post-war years with family, financial, and other fidelity responsibilities taking priority. I had always hoped that maybe at least one of my kids would show an interest in my collection, so I began making tapes that could include a chronological compilation of my collection, along with commentary: date and place of recording, personnel, soloists, etc.

The main reason for doing this rather major project was to put my collection into some kind of compendium form that would attract my children to the music that had been of such significance in my life. My collection amounted to over 10,000 hours of tapes. No two people will agree with my selection of Legends. I decided to choose from the years prior to the BeBop period, i.e., before Gillespie, Bird, Monk, Miles.”

“It appears, based on Mr. Niven's audio commentaries referencing certain artists still being alive at the time of the commentaries (for example, Buck Clayton, who passed away in 1991, is living, and Johnny Hodges' salary is compared to “1993 dollars”), that he put the tape compilation together during a period of time beginning somewhere in the mid to late 1980s and ending somewhere in the early 1990s.

In my conversations with Mr. Niven, he has indicated that the materials in this selection of “Early Jazz Legends” only represents about 40-50% of what he once had in his jazz record collection. Other legends, such as Bennie Moten and many, many others, were in his collection did not make the “cut” for these tapes.

Each card lists artist, tape number, years, and tunes. Below the tunes is a key to the numbers next to each tune, which indicate the source recordings. For example “1 Cottontail” and “1: RCA Victor LP In A Mellotone” indicates that the recording of “Cottontail” is from RCA Victor LP “In a Mellotone.”

Condition of the Tapes: Many, if not most, of these tapes are in terrific shape, but others are in mediocre or even poor condition. I have rigorously and regularly cleaned, maintained, and tested (with known excellent-condition cassettes) the heads of the cassette deck used for this project. All defects heard here are on the tapes themselves rather than the deck used to play the tapes back.

This is an extraordinary collection. It has been Mr. Niven's life's work. It represents the very finest American music of the twentieth century, and because Mr. Niven took the time and care to record these commentaries, he has produced a library that is accessible to everyone from jazz aficionados to jazz novices.

For the Foxborough High School Jazz Program, which has enriched the lives of so many students, this remarkable compendium of jazz recordings should similarly enrich the program itself.

This is all made even more remarkable by the fact that, had Mr. Niven not had the foresight to contact Steve Massey in 2010, this entire collection may have disappeared. How many collections of jazz like this get junked after estate sales every year?

Thank you, David — your devotion to jazz will enrich the musical education of hundreds of students!”