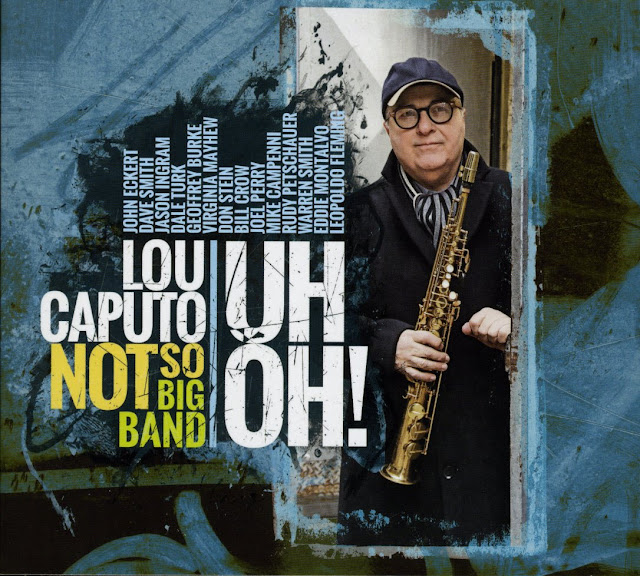 In 1959, one of my most cherished LP acquisitions was Gerry Mulligan’s Columbia LP What Is There To Say [CL 1307].


Gerry was a taskmasters who demanded the highest quality of playing from the members of his band.


The fact that he was a musical genius didn’t make him any easier to deal with.


And then, of course, there was the matter of his pianoless quartet which placed inordinate demands on the bass player to not only frame the chord but to get the harmony right - let alone to also anchor the time.


Bill Crow was the bassist on this LP and to say that he got all of this right and then some would be an understatement. He nailed it. So much so that he would continue to Gerry’s bassist of choice in a variety of small and big band settings throughout the 1960s.


Bill even contributed my favorite composition on What Is There To Say. The tune is entitled News from Bluesport, and I really liked it because it was one of the first cookers that I remember hearing in ¾ time, a time signature that was fairly new to Jazz in 1957.


Fast forward 58 years - where does the time go? - and imagine my surprise when Bill and News from Blueport both turned up on Lou Caputo Not So Big Band’s latest CD Uh Oh! which is due for release on June 3, 2016.


You can locate order information about the new recording at www.loucaputo.com.


Jim Eigo at Jazz Promo Services sent along the following media release after which you will find a video featuring Lou’s band performing their version of News from Blueport. 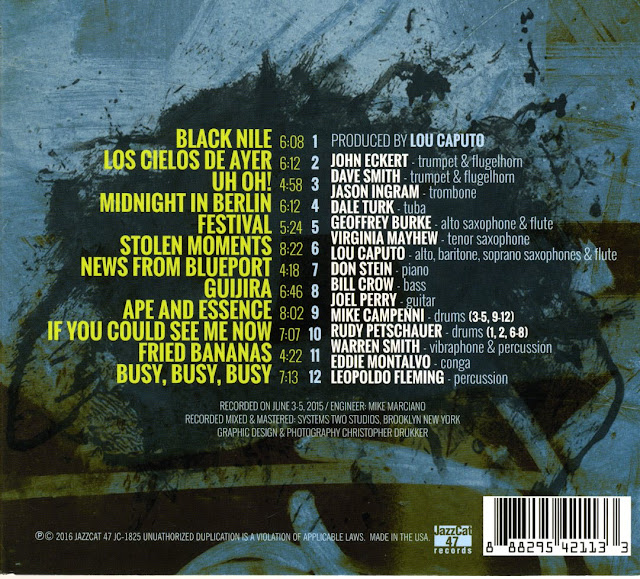 “The "Not So Big Band" is the brainchild of talented multi-instrumentalist Lou Caputo. It is a big band that consists of twelve musicians as opposed to the sixteen-piece or larger variety. This band is a working band, playing together for over 10 years. The band has performed for over a decade at "The Garage" in Greenwich Village, as well as performances at the "John Birks Gillespie Auditorium" located in the "Baha'i Center" in NYC , also at "Trumpets" and a regular attraction at St Peter's Mid Day Jazz series along with concerts at Hofstra and Montclair Universities.


The band has two CD's out (Urban Still Life & Not So Big Band) that have enjoyed considerable airplay and both have been very well received, by the jazz press. A third CD (UH OH!) will be released in 2016. All of our music is currently available from most digital vendors like iTunes, CD baby and through streaming services, such as Spotify.


Lou Caputo, a native of Williamsburg, Brooklyn, has done almost every kind of job that a musician can be asked to do.


He has performed in jazz clubs in London (Ronnie Scott's) and all over the Northeast area as well. A multi-instrumentalist (saxophones, clarinets and flutes) he has performed in show bands with the likes of Lou Rawls, Harry Connick Jr, The Temptations, The Four Tops and Shirley Bassey. He has also performed with Howard Johnson's five Ban Saxophone group (Beartones) as well as Warren Smith's Composers Orchestra and The Ellington and Dorsey bands. He is a member of Jack Jeffers New York Classics and has performed with The Cotton Club Orchestra Recently Lou performed on Harry Connick's album "Your Songs"


Also featured in "The Not So Big Band" are noted musicians like percussionist Eddie Montalvo (Grammy nominee, Latin Grammy winner, Fania All-Stars), saxophonist Virginia Mayhew (Saxophone Journal Saxophonist of the Year), trumpeter John Eckart (Performed with Toshiko Akiyoshi and Lee Konitz), legendary bassist and jazz author Bill Crow (performed with Gerry Mulligan and Phil Woods), Geoffery Burke (performs with Harry Connick Jr.) Warren Smith who has performed with everyone from John Cage and Gil Evans to Barbra Streisand and all stops in between. Just to cite some of the band members.