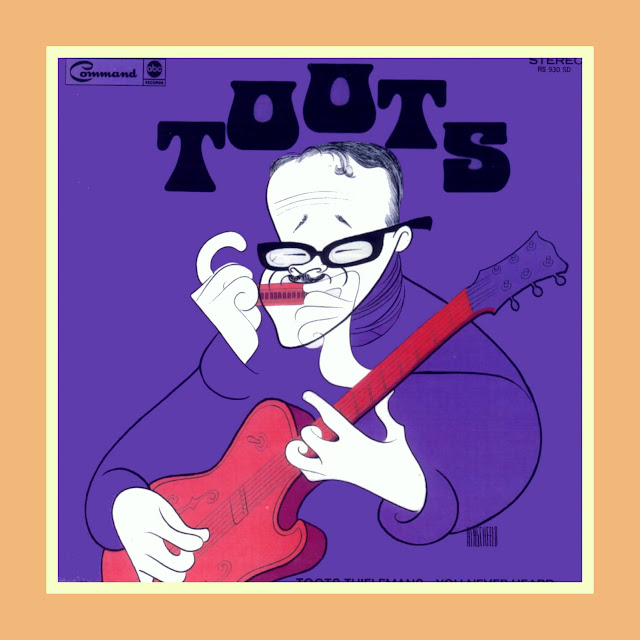 “Thielemans recorded ‘Bluesette’ in 1961, after working in George Shearing’s quintet [since 1952]; his first hit had him playing guitar and whistling, but he subsequently became the pre-eminent harmonica player in Jazz, with a facility and depth of expression that rivals any conventional horn players.”
- Richard Cook and Brian Morton, The Penguin Guide to Jazz on CD, 6th Ed.

“Belgian multi-instrumentalist Toots Thielemans’s ability as an improviser on the harmonica is unsurpassed.”
- Christopher Washburne

“I can say without hesitation that Toots is one of the greatest musicians of our time. He goes for the heart and makes you cry. We have worked together more times than I can count, and he always keeps me coming back for more. Toots, you will live forever.”
-  Jones

Jazz that I can snap my fingers to with solos that I can readily memorize and whistle to myself.

I’m not referring to easy listening or “cool Jazz,” a modern form of the music that unendingly oscillates between two chords to the point of tedium and boredom.

The Jazz I’m talking about is a form of the music that is uncomplicated and straight-forward; produced more from the heart than the mind.

When I’m in such a mood, I often turn to Jean “Toots” Thielemans and he rarely disappoints.

Stunningly inventive, there is always a light and joyous touch to everything Toots plays.

Toots solo development uses melodic lines which are based on familiar materials including many allusions to themes from other songs.

His harmonica solos in particular just seem to float away, filled with an exuberance and rhythmic purity that you’d never expect to hear coming out of what some consider to be a “toy instrument.”

If, as Louis Armstrong says, “Jazz is who you are,” then Toots Thielemans must be one “happy, joyous and free” individual, because that what comes out in his music.

The details of Toots career are easily researched on the internet, but here’s an overview of his early years that may not be readily available.

It’s written by Gerry Macdonald and forms the introductory portion of the liner notes to the 1974 Captured Alive LP that he produced for his own label, Choice Records [Stereo  1007].  It has since been reissued on CD as Images on Candid [71007]. 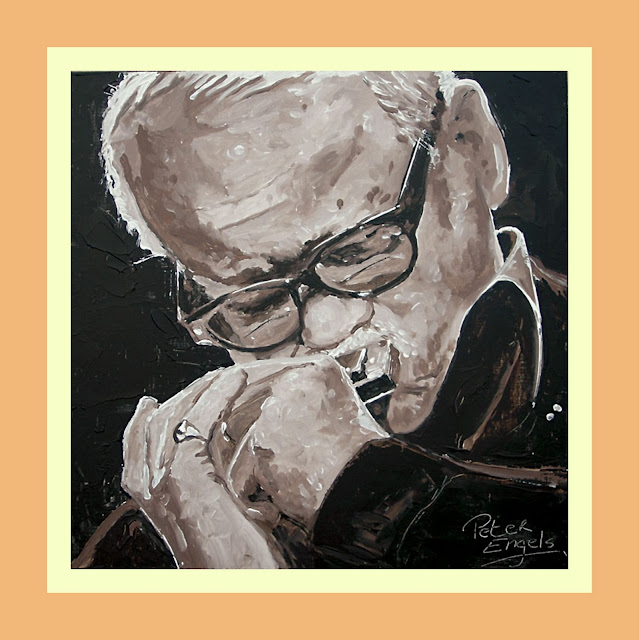 “During the summer of 1951, I was playing a gig with my small group in a club north of . Between sets, Gordie Fleming (later to become Canada's star accordionist) and I were sitting at the bar listening to the music of the George Shearing Quintet coming over the ever-present (in those days) table radio next to the cash register. Suddenly, we heard a new sound; good grief, a harmonica with George Shear­ing! The tune was "Body and Soul," and in those few minutes Toots Thielemans made himself known to us.

A year or so later, I had moved to New York and there, alive and in person, at the old Downbeat Club (54th Street and 8th Avenue) was Toots with his harmonica, sit­ting in with a group of jazz all-stars.

I still couldn't quite believe what I heard, yet there it was. Even though one should pre­sumably just listen to the music, I remember being struck with the facility Toots had with such an "impossible" jazz instrument. It was, and remains, a joy to listen to this man interpret whatever musical piece he encounters—he seems unaware of the instrument as an obstacle. [Italics mine]

Toots Thielemans was born in , . His first musical exposure was accordion playing in his folks' cafe, so this was the instrument he chose at age three (how do you lift an accordion at age three?). At age 18 he started listening to jazz records and bought a harmonica as a hobby. Then a friend left a guitar at his house and he began trying Django Reinhardt choruses. Soon, according to the bio material he gave me, he "became good...!

In 1948 he came to the  as a tourist and "sat in with cats on ." An agent heard him, which led to an engage­ment with Benny Goodman in  and . He emigrated to the  in 1951, played around for a while and then joined George Shearing for six years.

It was in 1962 that Toots wrote "Bluesette." This tune has since become a standard, and Toot's own version, on which he whistles along with his guitar, is recognized by almost everyone, although many are not familiar with his name or his harmonica work. Since then, Toots has been freelancing in studios, being involved mostly with jingles and film music. Occa­sionally, he does a jazz date. …”

Toots passed away on August 22, 2016 at the age of 94, but thankfully he left us with quite a few “Jazz dates” and you can see many of these Jazz recordings in the slide montages that make up the following video tributes to Toots.

The first is “Toots In Portrait” on which he plays harmonica on Secret Love with Herbie Hancock, piano, Ron Carter, bass and Ronnie Zito, drums.

The second is entitled “Toots On Record” on which he plays guitar and whistles while performing his famous composition, Bluesette, with the Quincy Jones Orchestra.

Toots keeps his Jazz down-to-earth and, in so doing, makes it always fun to listen to, whatever the context.