Joe Caro and The Met Band - "Every Dog Has It's Day" 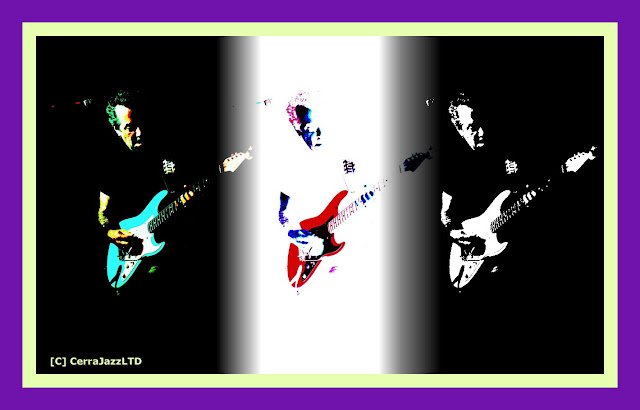 The music and members of Joe Caro’s Met Band remind me a lot of a New York version of the Los Angeles based group of musicians called The Wrecking Crew (sometimes referred to as the Clique or the First Call Gang, occasionally credited as the Phil Spector Wall of Sound Orchestra).


The Wrecking Crew was on records by Frank Sinatra, Nancy Sinatra, Jan & Dean, Sonny & Cher, Barry McGuire, and The Mamas & the Papas, They were sometimes used as "ghost players" on recordings credited to rock groups, such as the Byrds' debut hit rendition of Bob Dylan's "Mr. Tambourine Man" (1965), the first two albums by the Monkees, and the Beach Boys' Pet Sounds (1966).


All of these players were steeped in Rhythm and Blues and Jazz and, as a result, could bring an informed Rock beat to the music they were recording. They were also very aware of the new advancements in audio recording technology and this provided an added dimension to the contributions they were able to make to the music.


Much of the music they were recording was mixed, re-mixed, re-mastered, dubbed, over-dubbed, echoed, multi-tracked; none of which made these musicians uncomfortable. They were at home in the recording studios because they understood that the recording engineer and his/her assistants was going to play a huge role in the sound of the final product.


Although they were ridiculously busy in the studios, from time-to-time, members of The Wrecking Crew played casual gigs at parties, weddings and other special occasions for family members and friends. Lord knows they didn’t need the schimolies.


Often at these gatherings, they would take a hit song by a popular artist or rock group and give it a completely different spin: change the tempo; change the beat; embellish the chord progressions. They had the musical skills and abilities to play these recognizable tunes in a way that was uniquely their own.


Sadly, there are no commercial recordings of these reinterpretations by The Wrecking Crew [not to my knowledge, anyway].


On their their new CD Every Dog Has It's Day [Innsbruck IRJC 148], as Chris Di Girolamo explains in his media release: “you hear classics from Bob Dylan, Jimi Hendrix and Carole King and one Great American Songbook standard and your first thought may very well be, I've never heard those songs played like that before! Then it occurs to you that the original compositions by Caro — the acclaimed guitarist and vocalist who's been an in-demand session musician in New York for decades — are equally exciting and original, pumped with soul and adrenaline and sharp arrangements and some of the most virtuosic musicianship imaginable! You immediately wonder, just who is this guy?!”


The album was produced, mixed and mastered by Grammy nominated and multi-platinum award winner, Roman Klun, at His House-Innsbruck Studios. 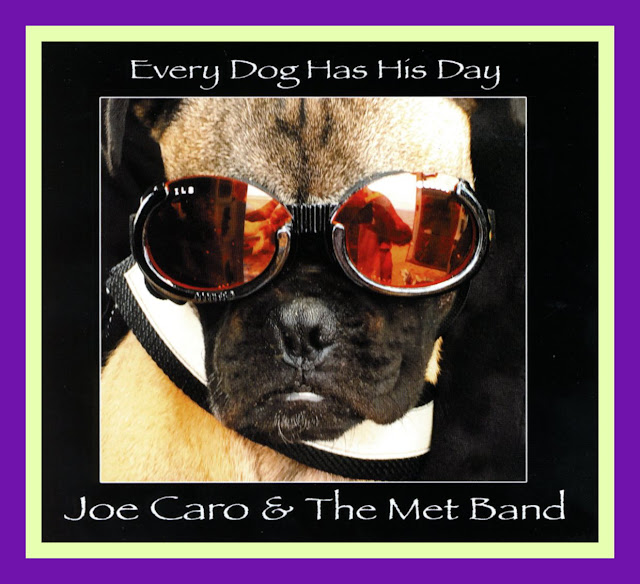 Two-for-the-Show’s Chris Di Girolamo media information sheet offer this description of the musicians and the music on Every Dog Has It's Day [Innsbruck IRJC 148].


“When you hear the cover songs on Joe Caro & the Met Band's Every Dog Has His Day—classics from Bob Dylan, Jimi Hendrix and Carole King and one Great American Songbook standard — your first thought may very well be, I've never heard those songs played like that before! Then it occurs to you that the original compositions by Caro — the acclaimed guitarist and vocalist who's been an in-demand session musician in New York for decades—are equally exciting and original, pumped with soul and adrenaline and sharp arrangements and some of the most virtuosic musicianship imaginable! You immediately wonder, just who is this guy?!


You've undoubtedly already heard his work. Caro has lent his talents to the likes of Bette Midler, Blue Oyster Cult,Carly Simon, Dr. John, Bobby McFerrin,Gato Barbieri, Michael McDonald, the Fania All-stars, Chaka Khan, Randy Brecker and many others. He's also toured with everyone from Jon Bon Jovi to the Eagles, James Taylor, Lenny Kravitz, Aretha Franklin, Crosby, Stills & Nash, and Stanley Clarke. Joe Caro has served in the house bands on TV shows such as The Late Show with David Letterman, Saturday Night Live and The Grammy Awards and done countless recording sessions for TV commercials and movies. In the '90s he formed BFD with drummer Steve Ferrone and bassist Will Lee, doing the NYC club circuit with live shows that featured guest artists including Donald Fagen, Pat Metheny, the Brecker Brothers, and Felix Cavaliere of the Rascals.


Caro has long been a regular on the New York underground scene, fronting an all-star band that included trumpeter Chris Botti, saxman Lenny Pickett, and Late Show drummer Anton Fig, performing every Tuesday night at the city's Metropolitan Cafe. What started out as a two-week gig went on for eight years and became the home base for many New York City session musicians.


Impressive indeed, but even that packed resume can't prepare the listener for the originality and sheer exuberance that permeates Every Dog Has His Day. The follow up to Joe Caro & the Met Band's 2013 Live in New York City and Caro's 2011 solo effort Home Alone, the new release utilizes several of the most renowned players on the NYC scene — including drummer Fig and Letterman bandleader Paul Shaffer contributing organ — on eight original tunes plus the aforementioned crisp new arrangements of Dylan's "Highway 61 Revisited," Hendrix's "Fire," Gerry Goffin and Carole King's "Natural Woman" and the Harold Arlen/Johnny Mercer nugget "That Old Black Magic."


Reviewing the Met Band's previous release, Blues Blast magazine wrote, "It is undeniable that Live in New York City is an excellent album, and it captures the energy and refined talent that Joe Caro and the Met Band brings to the stage."


That's all very true, but they were only getting started. Every Dog Has His Day truly takes this breathtaking collective to the next level.