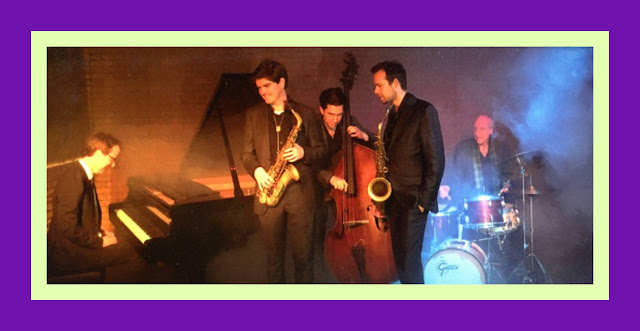 In the video game, Dark Souls, Sen's Fortress is dark castle filled with monstrous reptilian guards, boulder throwing giants and numerous traps such as massive swinging axes, giant rock slides and other dangerous aspects. It serves as the gateway to Anor Londo [the next level of the game to be mastered].


For today’s generation of musicians interested in finding their way through the conundrum of Jazz, I would imagine that the quest associated with successfully solving video games serves as a metaphor for achieving the goal of creating accomplished Jazz improvisation.


Put another way, finding one’s way through Sen’s Fortress serves as an analogy for having reached a point in the music where some level of accomplishment has been attained while also serving notice that there are still many challenges ahead.


Like video game segments which often take many tries before they are mastered, playing Jazz is very much a trial and error process in which one often fails more than one succeeds.


But once you get hooked on the process of making Jazz, you understand how to learn from these failures and apply this gained knowledge toward your next attempt at playing a solo, or writing a composition or forming a tighter rhythm section.


“It is a great pleasure to share with you this album, the heartfelt consequences of my musical journey so far. My tastes are traditional. I like music that is beautiful and/or fun to listen to, and I like Jazz that swings, grooves and tells a story. Hopefully you do to.”


In his insert notes to Sen’s Fortress, Laurence notes that “the repertoire includes five of my own compositions and a blues by Casper van Wijk, together with some old standards [Things Ain’t What They Used To Be, Close Enough For Love, Ghost of A Chance, Love Is a Many Splendored Thing and Jobim’s Ligia].


He goes on to say that: “Sen’s Fortress is a challenging place in a great game, and a place that is in some ways symbolic of where I find myself at this time of my life. Where training is put to a test, a gauntlet that must be run for more doors to open, a halfway point yet a beginning, where things start to get interesting.”


What a great awareness for one so young. I wish I had such a clear understanding of the road-yet-to-be-travel when I was first coming of age in the music.


As I listen to the efforts of Laurence and his fellow musicians on Sen’s Fortress, I am pleased by the sonority of the band, the interesting nature of the original composition which hold my attention and serve as the basis for some fine solos and the fact that the music does indeed swing and groove. In this regard, these “Young Turks” were well-served by asking Master Drummer Eric Ineke to assume the drum chair for this maiden voyage recording.


Some of the things I found most pleasing about the recording was how well it held my interest from beginning to end; it’s eleven [11] tracks are well-paced allowing the music to be fully expressed between the ballads, medium tempo and fast tunes.


Both Tom van der Zaal on alto sax and Casper van Wijk on tenor sax have rich tones and their solos are marked by well-executed phrasing and by a good flow to the ideas they are trying to express. On the two tracks on which he appears, Nanouck Brassers, adds the texture implied in his last name to full effect.


Bassist Matheus Nicolaiewsky locks in with Eric to ring the “wedding bells” the bassist Chuck Israels like to hear between bass and drums and his solos finding him utilizing the full sound of the instrument to play his phrases. I mean who likes a bass that doesn’t sound like a bass?


While Eric does his usual fine job of booting things along in the drum chair, he is somewhat restrained so as not to overwhelm young players who are still deep in concentration as they find their way through their solos.


This is formative Jazz, if you will, a beginning. But if the music on Sen’s Fortress is any indication, I for one will certainly look forward to listening to the next phase of the Laurence Fish Quintet’s adventures in The Land of Jazz.


You can find out more about Laurence and Sen’s Fortress by visiting his website at www.laurencefishmusic.com.


And you can checkout the group’s sound on the following audio-only file: