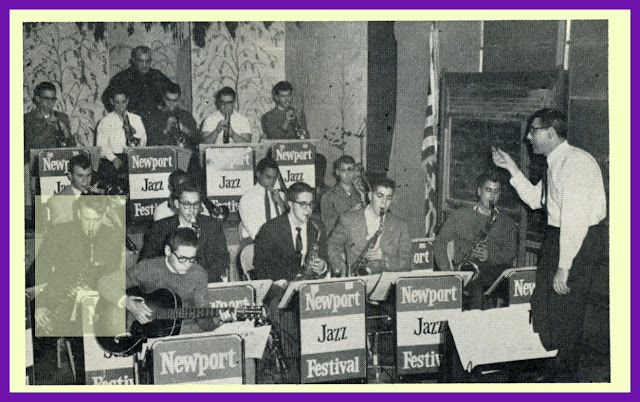 Ronnie Cuber was born in New York in 1941. Ronald Edward Cuber made his debut in the late 1950’s in trombonist and music educator’s Marshall Brown's Newport Youth Band at the Newport Jazz Festival. Locating the above photograph of the band in a 1959 edition of Down Beat prompted me to revisit Ronnie’s career and his music.

In the following decades Ronnie worked with Jazz and Latin Jazz masters like Slide Hampton, Maynard Ferguson, George Benson, Lionel Hampton, Woody Herman, Barry Harris, Lonnie Liston Smith, Eddie Palmier! and Lee Konitz. Over the years, Ronnie Cuber earned a reputation as one of the best baritone saxophonists in Jazz  and is often mentioned along with Gerry Mulligan, Nick Brignola and Pepper Adams as being among the best players on that instrument.

Cuber not only received recognition for his achievements on baritone sax, but also as an excellent flute and clarinet player.

In 1976 he joined the legendary Frank Zappa, along with Jazz funk luminaries Michael and Randy Brecker. He appeared on dozens of pop recordings as a sideman, meeting the needs of artists like Aretha Franklin, Eric Clapton. Paul Simon, Bette Middler, Chaka Khan and many more. During the eighties he was a member or the Saturday Night Live Band.

Nowadays, Ronnie Cuber continues to be one of the busiest baritone saxophonists on the contemporary Jazz scene working with the prestigious Mingus Big Band and Horace Silver, as well as touring worldwide with artists like Steve Gadd and Joey DeFrancesco. 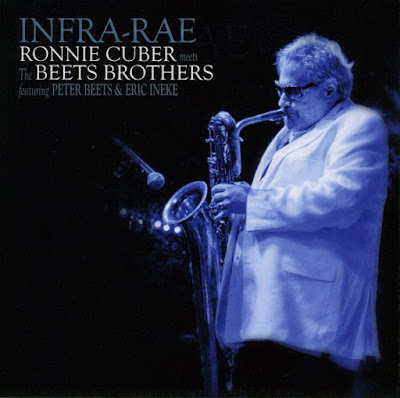 In an interview Ronnie gave for the insert notes to his 2009 Maxanter CD Infra-Rae: Ronnie Cuber Meets the Beets Brothers [75967] he was asked:
“You have always played different styles of music like jazz, pop and latin. Do you recommend young players to do the same.”

To which Ronnie replied: "Yes, I recommend it. There's all kinds of stuff happening. It seems to melt down into the jazz scene. Like in the 1970s with what Joe Zawinul and Weather Report did. It became the norm.  When l am writing music, I also use different style elements. I play all kinds of different music.”

And when Ronnie was asked: “What is your opinion of contemporary Jazz,” he answered:

"Smooth Jazz has developed to a point where it is definitely more listenable than it was some years ago. The musicianship is much higher in groups like Fourplay with Bob James and Everette Harp. But while it is very good, it still doesn't compare to the people I was raised on: Hank Mobley, Art Farmer, Horace Silver, Rav Charles, Art Blakey. Count Basie and Dizzy Gillespie." 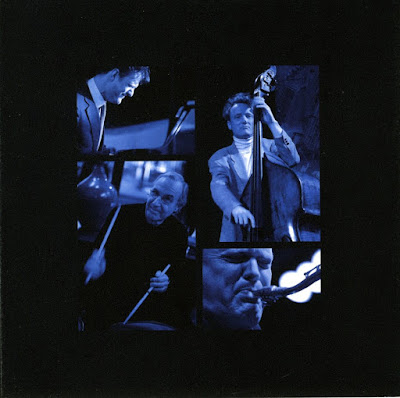 Recorded in The Netherlands in 2009, Infra-Rae: Ronnie Cuber Meets the Beets Brothers shows the then 68-years-of-age Cuber more than holding his own with the likes of the much younger Beets [pronounced “Bates”] Brothers: Alexander on tenor sax, Peter on piano and Marius on bass. The drummer on the date is Eric Ineke and here’s a portion of what Eric has to say about Ronnie in his autobiography Eric Ineke The Ultimate Sideman [Pincio Uitgeverij, 2014, The Netherlands]:

The first time I played with Ronnie was in 1977 and I was totally blown away by the sound, swing, phrasing and energy produced by this man. He is like Hank Mobley on baritone, a small wonder if you realise that he started out on tenor. The phrasing, just a little behind the beat so typically Mobley and, also like Hank, a very emotional player. His timing is awesome and he plays with such an authority. … He burns right from the start and he is so strong that he gets you where he wants you to be, Hardcore Be-bop. The drummer has to play on top but relaxed. You have to follow him; he is not following you, although he wants interaction. If he wants to burn, you’d better be there, otherwise he is losing you.”