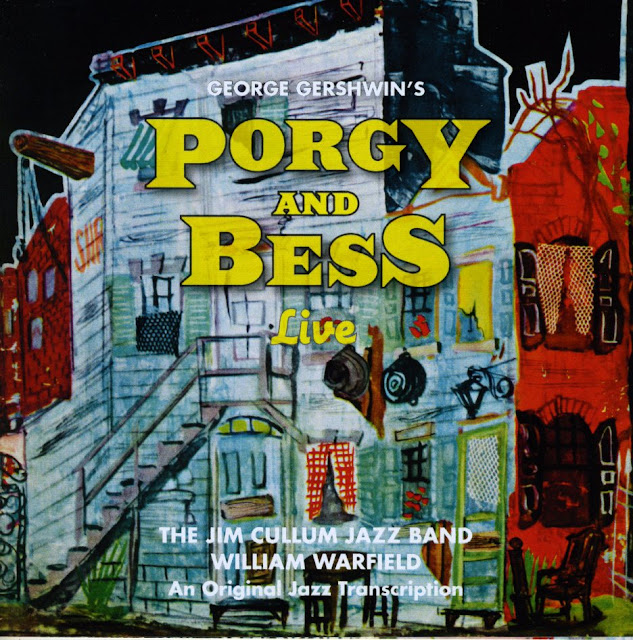 "Jazz is the voice of the American Soul"
— George Gershwin, Theatre Magazine, June 1926

Porgy and Bess is an English-language [light] opera composed in 1934 by George Gershwin, with a libretto written by DuBose Heyward and Ira Gershwin from Heyward's novel Porgy and later play of the same title.

Porgy and Bess was first performed in New York City on September 30, 1935, and featured an entire cast of classically trained African-American singers—a daring artistic choice at the time.

If you’ve ever wondered what the P and B Jazz score sounded like in Gershwin’s mind’s eye at the time he was composing it in the mid-1930’s, then you need to look no further than the double CD by the Jim Cullum Jazz Band - Porgy and Bess - Live [Riverwalk- RVW; June 1, 2016].

Jim Cullum died on August 11, 2019 and we wanted to remember him on these pages with this overview of one of his greatest recordings.

Bandleader and cornetist Jim Cullum says that performing George Gershwin's opera Porgy and Bess as a jazz piece has been the highlight of his 50-year musical life. In performances on tour across the country, the Cullum band's original jazz transcription of the Gershwin score has captured critical acclaim for its originality and for including virtually all the music from Gershwin's folk opera.

This 1992 performance at The Landing in San Antonio is unique among the many jazz interpretations of Porgy and Bess for its inclusion of the distinctive and highly personal narration by bass-baritone William Warfield, known for his definitive portrayals of Porgy playing opposite Leontyne Price in the 1950s; and in the completeness of the musical selections— there are 28 compositions on the double album, including the little-known pieces from Gershwin's opera, Buzzard Song and Oh, Doctor Jesus; and for its electric live performance captured at The Landing in San Antonio by the Grammy award winning audio team of Ed Greene, Jim Anderson and Malcolm Harper

The Dolby SR two-track recording from the audio truck on the night of performance had never been played back and was sourced for this recording. Every attempt was made by the audio team to preserve the warmth of the original analog recording in mastering and manufacturing the album.

Jim Cullum offered these comments about Gershwin, Porgy and Bess and this recording project in these excerpts from his insert notes to the CD.

"Jazz is the voice of the American Soul"
— George Gershwin, Theatre Magazine, June 1926

“George Gershwin is a unique figure in our history. Born in 1898, he had become a virtuoso pianist and had begun his songwriting career well before his 20th birthday. Soon he was able to easily write song after song. By the time of his early death in 1938, he had amassed a total of about 900 songs.

Gershwin's work is set apart from that of his contemporaries by his acclaimed symphonic works and most importantly by the opera Porgy and Bess. The more you dig into the score of Porgy and Bess, the more amazed you will become.

In the CD that accompanies these notes, you will hear the result of applying jazz instruments to operatic roles. Virtually every song from the opera is included, and the listener may follow the flow of emotion and drama from the storyline and from Gershwin's melodies. Often the clarinet takes the role of Bess, Clara or the grieving Serena, while Porgy and Crown's voices are rough and are usually portrayed by cornet with plunger. Softer, prettier and gentler solos by other instruments provide relief and pacing and so well display Gershwin's sensitivity. Our instrumental street vendors, the Strawberry Woman, Honey Man and Crab Man add more texture as we hear them approach from offstage, as they do in the opera, William Warfield's storytelling, much of which is taken directly from the script, sometimes includes the dialect of the region and the era. Key points regarding stereotypes, resistance by the Metropolitan Opera Company to an all-black cast and Gershwin's insistence on authenticity are made by Mr. Warfield in his backstage interview.

Special praise is due our arrangers, particularly John Sheridan who remarked about the work saying, "That Gershwin score was like a cookbook to me. All I did was follow the recipe."

Porgy and Bess, written by George Gershwin in collaboration with lyricist Ira Gershwin and writer DuBose Heyward, now stands before the world as the greatest opera ever created by Americans. Performing it as a jazz piece has been the highlight of my musical life.”

Jazz played in the classic manner is the hallmark of cornetist Jim Cullum and The Jim Cullum Jazz Band's highly personal and original style. The drive of 'hot jazz' cornet in the tradition of King Oliver is tinged with the lyrical melancholy of Bix Beiderbecke in Cullum's playing, honed over more than five decades as a performer and bandleader.

The Jim Cullum Jazz Band is a seven piece, acoustic jazz ensemble recognized worldwide for its commitment to performing classic jazz authentically and with integrity. The Cullum Band embraces repertoire from 19th century cakewalks to pre-WWII small, hot ensembles with emphasis on both familiar and obscure compositions of Jelly Roll Morton, George Gershwin, W.C. Handy, Hoagy Carmichael, traditional gospel hymns and the blues. While early jazz repertoire and collective improvisation are at the basis of the Band's sound, the ensemble transcends the genre, bringing original compositions, exquisite arrangements and virtuosity to the form.

The Jim Cullum Jazz Band continues to perform at its home base in San Antonio, Texas and tours nationally and internationally. Here’s their website www.jimcullum.com.

William Warfield was acclaimed throughout the world as one of the great vocal artists of his time. His recital debut on March 19, 1950, in New York's Town Hall placed him in the front rank of concert artists overnight. His career flourished in an assortment of memorable roles without interruption until his death in 2002.

An early professional role had Warfield singing the lead in the national touring company of the Broadway hit Call Me Mister. He played Joe in the MGM motion picture adaptation of Jerome Kern's landmark musical Showboat, where he sang Ol' Man River and immediately made it his own.

As the New York Times noted in 2002, "Mr. Warfield's voice was deep, powerful and supple, and he invested all his work...with a combination of elegance and warmth that were his trademark." The most notable role of his career was the lead in George Gershwin's opera Porgy and Bess, where he co-starred with Leontyne Price, whom he married in 1952.

William Warfield received many honors and awards, including a 1984 Grammy in the category for Best Spoken Word album for his narration of Aaron Copland's Lincoln Portrait. Mr. Warfield began touring with The Jim Cullum Jazz Band in 1989, lending his highly personal storytelling of the Porgy and Bess narrative to the Cullum ensemble's jazz band interpretation of Gershwin's folk opera. William Warfield was scheduled to perform at Carnegie Hall at the time of his death at the age of 82.

Because of the complex standards that the Gershwin estate has placed on the performance of Porgy and Bess, recordings of the full opera are rarely made.

Do yourself a favor and don’t miss this one by Jim, William and “the boys in the band.” 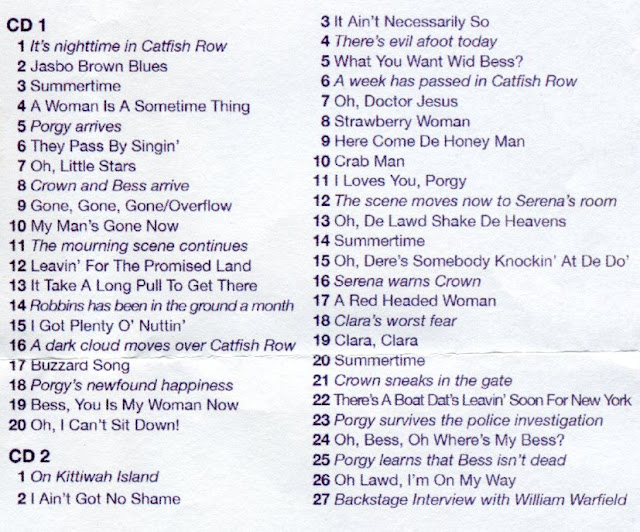