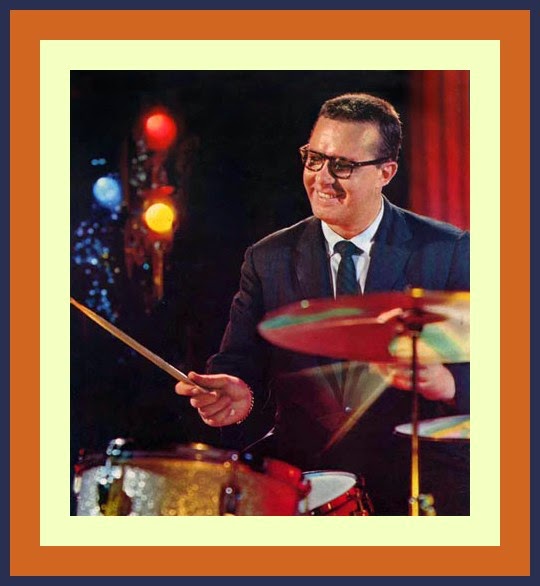 “At the start of 1956 Brubeck made a personal decision that proved to be a most important change in his group. After three years with the quartet, drummer Joe Dodge decided to leave. Brubeck took a chance by hiring Joe Morello. Actually, little risk accrued from this decision as Morello was a masterful choice as his polished virtuosity and marked creativity made an immediate contribution to the quartet.
Described by some critics as a sort of purgatory for jazz drummers, Morello was to absolutely flourish in the confines of this supposedly ‘unswinging’ ensemble, especially with its high visibility, daring improvisations and later experimentation with odd or unusual time signatures.

All these factors helped launch Morello to a position of preeminence in the world of jazz drumming and with good cause. The leap into the limelight was no concoction of media hype but well-deserved fame for an exceptional musician.

With the Brubeck quartet, this powerful young workhorse on drums continued to have the same effect on audiences, but now in larger concert halls rather than in small clubs. Soon Morello was no longer a discovery, but a known commodity, emulated by a generation of young percussionists. “
- Ted Gioia, The San Francisco Scene in the 1950’s West Coast Jazz: Modern Jazz in California 1945-1960,  [p.96 and p.98, paraphrase].

In 1938, the legendary photographer Alfred Stieglitz was presented with one of the 500 copies of Ansel Adams’ photographic masterpiece – Sierra Nevada: The John Muir Trail.

I, too, am an idolater of the perfect workmanship that is to be found in the drumming of Joe Morello as primarily exemplified in the many recordings he made with the Dave Brubeck Quartet from 1956-68. Sadly, Joe made too few recordings outside the DBQ including those under his own name.

Sadly, too, none of the major drum anthologies contain a chapter on Joe nor to my knowledge has Joe been the subject of a biography.

So to compensate for this omission, in the coming weeks, the editorial staff at JazzProfiles thought it might be fun to compile some selected writings about Joe and feature them as postings on the blog. 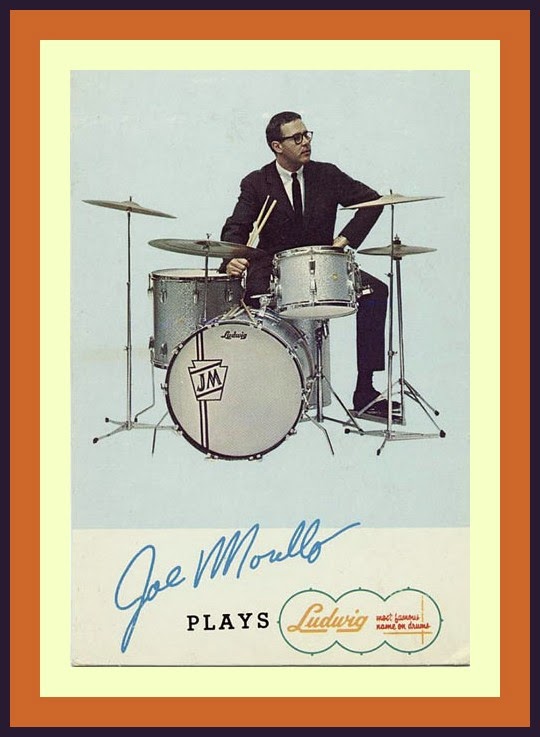 The following excerpts are from the chapter on pianist Marian McPartland’s trio in  bassist Bill Crow’s From Broadway to Birdland: Scene from a Jazz Life [Oxford]. Bill’s reminiscence highlights three of the qualities that I most admired about Joe: [1] his prodigious technique, [2] his well-developed sense of humor which he often exhibited in his playing, and [3] his humility.

“Pianist Marian and I and drummer Joe Morello worked the Hickory House for several years, with occasional hiatuses when she booked a couple of weeks for us in Chicago, Detroit, or Columbus, Ohio. The Hickory House had featured jazz since 1933, but by 1949, like many of the other Fifty-second Street clubs, it had given up on live music. At the time Birdland opened, the Hickory House was using a disc jockey for entertainment.

In 1951, Jerry Shard reintroduced live music there with a trio, and was followed by guitarist Mary Osborne. Marian started there in February 1952, and I joined her two years later. …

When Marian hired Joe Morello [1953], the Hickory House became a mecca for young drummers who admired Joe's superb technique. Joe played at a very tasteful level with the trio, but now and then, when Marian saw that a lot of his fans were in the house, she would give him an extended solo. John Popkin, the boss, often sat at a table near the cash register, perusing the racing news. As Joe pulled out all the stops, we would see the newspaper that hid Popkin's face begin to tremble. Then he would throw it down and rush to the bar, shouting up to the bandstand, "Stop that banging! Stop that banging!"

Morello was a spectacular drummer, but he felt embarrassed when people compared him to Buddy Rich, Max Roach, and Louis Bellson. To fend off such discussions, he invented a mythical drummer named Marvin Bonessa who he said could cut all of them. Marvin was supposedly a recluse who never recorded and rarely came to New York. Marian loved the joke. She and I abetted Joe in it, as did his friend [guitarist] Sal Salvador, to the point that Bonessa began to accumulate votes in jazz polls. Joe still tells some of his young students about the legendary Marvin Bonessa. 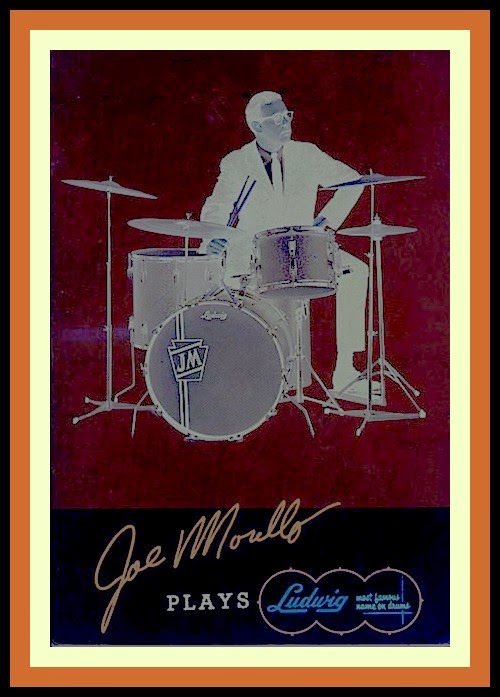 Between sets we usually sat in a back booth, where Joe was regularly joined by drummers who came to talk to him and watch his hands. Joe practiced constantly on the table top, using a folded napkin to dampen the sound.

Sometimes he would use just the forefinger of his left hand to keep his drumstick tapping at a rapid, controlled speed. On drum solos he would combine that finger trick with wrist accents.

I fooled around with Joe's drumsticks until I got the hang of his finger trick. When his students marveled at his use of it, Joe would say, "Gee, anybody can do that. Even my bass player can do it."

He'd hand me a stick and I'd casually demonstrate, ruining their day.”

The following video tribute to Marian McPartland finds her along with Bill and Joe performing Tickle Toe.

Marian’s trio with Joe on drums is also featured on the following video tribute to Bill Crow, this time playing How Long Has This Been Going On.