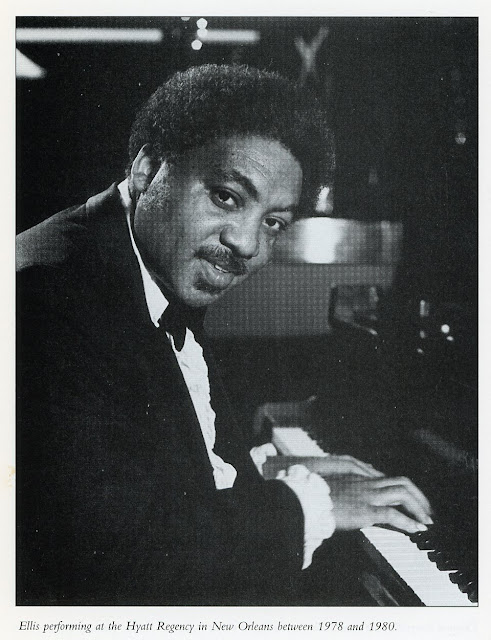 Usually when the name “Marsalis” appears on an internet page or in a print publication that has anything to do with Jazz, the first name immediately associated with it is “Wynton.”


Given his huge presence on today’s Jazz scene, Wynton Marsalis will be a part of this feature, but the real reason for this piece is to memorialize the passing of pianist Ellis Marsalis on April 1, 2020.


When Dizzy Gillespie said of Louis “Pops” Armstrong - “No him, no me”- he meant it metaphorically, but when applied to the relationship between Wynton and Ellis, the meaning is literal as Ellis was Wynton’s father.


Ellis Marsalis does have a modest discography under his own name, however, not surprisingly, those recordings he made with his famous son are more well-known including his appearance on Wynton Marsalis, Standard Time Vol. 3 The Resolution of Romance [Columbia CK 46143].


It’s part of a six volume Standard Time series issued from 1987 - 1999 by Columbia/Sony, with the first volume winning the Grammy Award.


Ellis and Wynton are a native New Orleanians and they are joined on Wynton Marsalis, Standard Time Vol. 3 The Resolution of Romance by two musicians based in the Crescent City: bassist Reginald Veal and drummer Herlin Riley.


Here are some excerpts from Stanley Crouch’s insert notes to Wynton Marsalis, Standard Time Vol. 3 that speak to Ellis’s influence in Wynton’s development, elements of which can also be viewed as having formed the basis for the entire six volume Standard Time series.


“Besides Marsalis' own development, the force of heart and the rhythmic finesse heard in the lyricism of this recording are due to the presence of his father, Ellis, at the piano. "I always wanted to do an album with him, but I never felt prepared because I didn't play well enough on changes and have a sound good enough to pay the kind of homage to my father that I really felt. Just having the opportunity to listen to his sound for all of those years when I was growing up was a tremendous inspiration for me and for my brothers, all of us. The greatest influence on me was seeing his dedication to music during the many times when he wasn't playing gigs that much. Even without any work and no money coming in from music, he had such true love for the music that he didn't let anything shake his confidence in the power that comes from really working on your sound and not trying to avoid any of the things you have to know if you're truly going to be a jazz musician. The kind of belief he had in music would make you realize that you can only go forward by facing the obligation of mastering the weight of what the titans of the idiom have laid down."”


Born in 1942 Ellis Marsalis Marsalis played and taught for many years in his native New Orleans with no recognition whatsoever beyond his playing circles. But he also sired a family of musicians who have gone on to become the most famous jazz dynasty of their day. Their success has also afforded him some wider exposure….


The founder of the Marsalis dynasty is no mean player himself. One can hear where Wynton got his even-handed delineation of melody from and where Branford's aristocratic elegance of line is rooted. Marsalis isn't beyond tossing in the occasional surprise, but mostly he favours careful interpretations of standards, sparsely harmonized and delicately spelt out, with a few simple but cleverly hooked originals to lend a little extra personality.” 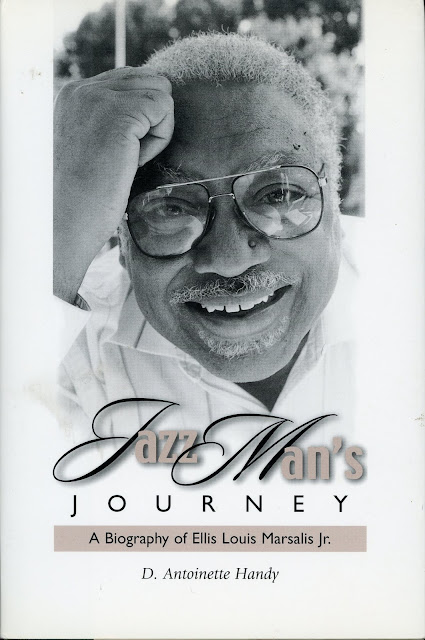 
In her Preface, Ms. Handy writes:


As early as 1982, I was convinced that there was a need for collective coverage of the Marsalis family, with emphasis on the father. The general public, as well as those involved in the music business, needed to understand where it all came from—the source. As Ellis III (third of six Marsalis boys, computer consultant, and Baltimore resident) stated to the author,


“I become irritated when people say, ‘Your father is 'cashing in' on the success of Wynton and Branford." I have to correct them. The old man's been doing his thing for a long time. High standards always; he's been very consistent. There's been no "cashing in." He's been playing forever. As children, we'd go to gigs with him. There weren't many in the audience. But it didn't bother him. He plays what he plays and is not fazed by what others do.1”


Village Voice journalist Gary Giddins wrote, "A veteran New Orleans-based pianist who sprang to the fore on the coattails of his amazing brood" (emphasis added) in announcing a New York City club date.2 New York Times music critic Peter Watrous, reviewing an Ellis Marsalis performance, wrote, "[H]e basked in obscurity until the fame of his children brought him attention" (emphasis added).3 The editors of All Music Guide to Jazz wrote, "It is a bit ironic that Ellis Marsalis had to wait for sons Wynton and Branford to get famous before he was able to record on a regular basis, but Ellis has finally received his long overdue recognition."4


These questions arise: To what extent are these statements "the gospel truth"? What are these writers suggesting? How valid are their points of view?


Ms. Handy, a musician, with degrees in music from some serious music schools and who retired as Director of the Music Program for the National Endowment for the Arts, missed the point with her self-righteous indignation over the comments made by Gary Giddins, Pete Watrous and the All Music Guide to Jazz.


The fact of the matter is exactly as they state: Ellis was a New Orleans based working musician and educator until the success of his sons brought him to national attention in their wake, so to speak.


He garnered a little national press as a member of trumpeter Al Hirt’s band [1967-70], but as Ms. Handy describes in her book, Ellis was like many fine Jazz musicians who preferred to make a living playing and/or teaching locally and helping to raise a family in their hometown.


After reading the chapter on “Career Highlights,” in Ms. Handy’s bio, one comes away with the impression that Ellis spent the majority of his career doing just that: in educational administration and the politics associated with the advancement of music in educational curriculum while,at the same time, maintaining a private piano studio for individual instruction and taking on the occasional solo piano and recital gigs.


It looks to have been a balanced blend of the personal satisfaction that comes from a vital and active family life with a professional career based on the stability that music education afforded such that Ellis didn’t have to depend on playing Jazz to earn a living.


A loving wife, six talented and successful children, a steady gig in education and playing Jazz on the side; one is tempted to think that Ellis Marsalis, Jr. was a lucky man and a happy one at that.