Barney, Ray and Shelly [From the Archives] 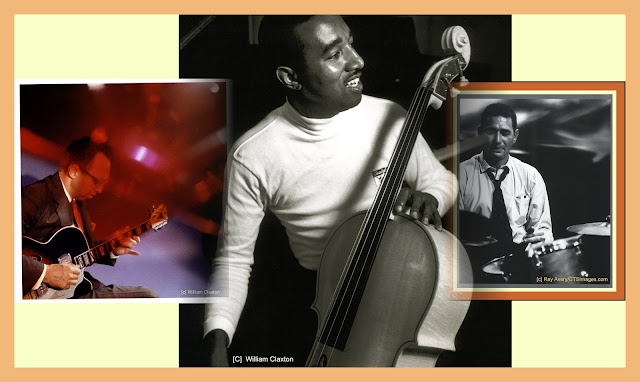 Initially through the series of “Poll Winners” recordings they made under the auspices of Les Koenig at Contemporary Records and later through professional associations and personal friendships, Barney, Ray and Shelly made endearing and enduring impressions on me and on my life.

Here are some thoughts about what made Barney, Ray and Shelly such special players and people as excerpted from Nat Hentoff’s insert notes to The Poll Winners [Contemporary S-7535; OJCCD-156-2]. 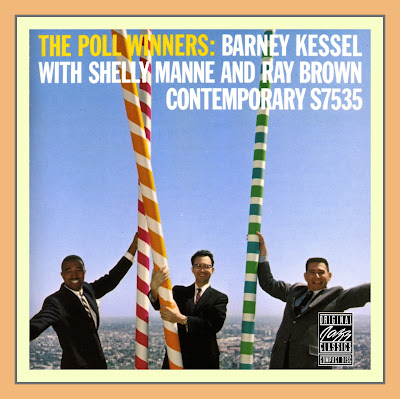 The reason for the alfresco exuberance of the Maypole wielders on the cover of this album is that all three won all three of the major American jazz popularity polls for 1956 — Down Beat, Metronome and Playboy.

While the election to these non-posthumous Valhalla’s is evidently quite gratifying, I expect that these three musicians are also deeply heartened by the sure knowledge that this re­spect and appreciation for their skills and souls is shared by the most exacting of all jazz audiences, their fellow jazzmen. Barney, Shelly and Ray cut through the lines of style, age and temperament. They are dug by jazzmen of all persuasions, because they in turn have not limited themselves to any one county of jazz. They're in place almost anywhere in the whole pleasure dome. …

Barney's strength, blues-blood, and sensitivity to others' musical needs as well as his own. Shelly's command of the drum as a thorough instrument, not just as a time-keeping device; his presence when needed as a third voice and the unobtrusiveness of his presence when that quality too is required. Ray for the fullness, firmness and tightness of his voice; his power, which propels when it's only suggested; and the flame, like his colleagues', of the perennial ‘amateur de jazz.’

The music in this set is primarily conversational, and it is conversation between three spirits with much in common in terms of life-view and way of living as well as music.

It is a conversation between experts whose knowledge has gone so far that they can never now regard themselves as experts, knowing not what they'll discover next time they talk.

And it's a conversation essentially for kicks, the kicks that come best and most frequently when you talk with your peers and are thereby in no need to worry whether your quick allusion will be picked up or whether you'll goof a spiral reference. It's not often that we amateurs, literally as well as French-figuratively, have a chance to hear this much of this kind of talk.” 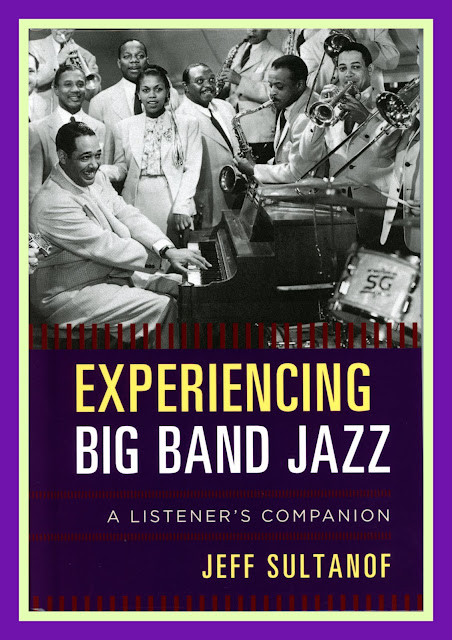