Duke Ellington and The City of Jazz 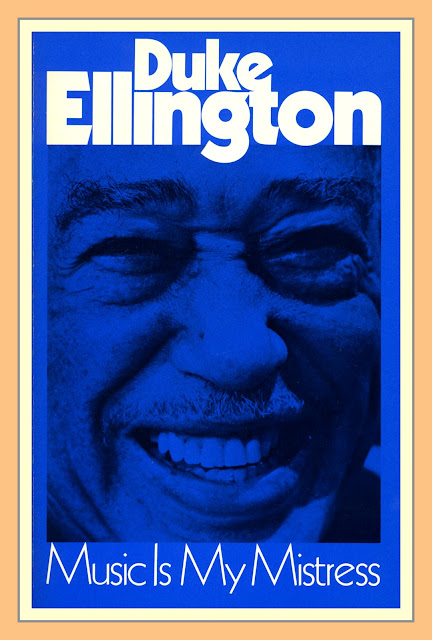 The older I get, the more I appreciate Duke Ellington’s music.

I doubt that there is any correlation, but my growing awareness of Duke and his extraordinary legacy reminds me of the following Mark Twain observation:

“When I was fourteen, I thought my Father was the dumbest man in the world, but when I turned twenty-one, I was surprised at how much he had learned over the last, seven years!”

Believe it or not, when I was a young man surrounded by what-was-then the sounds of modern Jazz, I didn’t “get” Duke; I thought he was one of the “old guys.”

Well, it's been a lot more than seven years, but as I’ve listened to Duke's music since those early days of quick dismissal, the more in awe I’ve become of his musical accomplishments.

From every perspective – melody, harmony, rhythm and texture – Duke’s music is full of originality, creativity, and what the esteemed Jazz author Whitney Balliett once termed as Jazz’s essential ingredient: The Sound of Surprise.

Lately, my admiration for Duke has taken on a different form – his writings about Jazz. Not surprisingly, his style of writing is infused with the same sense of flair, humor and urbanity that one finds in his music.

“The City of is a place in which certain people live. Some are on their way out, while many others are on their way in. Some are rushing to get there, but others appear reluctant and are cautious in their approach. Still others claim they are afraid, and hesitate to expose themselves in this place where they feel so strange, this strange place where the most solid citizens are so hip, or slick, or cool. These hesitant ones fear they will feel like country folk in the metropolis, or like people on the bus tour. They wonder if they will be taken for suckers or squares.

My experience on my many visits to and from the city (I do one-nighters, you know) has convinced me that its people are all very nice human beings. There are those who work for the city (the players), those who work at the city (the analysts), and those who just enjoy it (these are my people). The citizens of all three groups are more concerned with what they like than what they dislike. All of them, too, assume that they know one another. For instance, when they meet for the first time they embrace warmly like old college chums.

In the city's public square, you find statues of heroes. Some are of those who built the walls, like Buddy Bolden and King Oliver. They appear to have been sculptured in bars, after-hours joints, and houses of ill-repute. Some are of those who fought to save the city, like Fletcher Henderson and Paul Whiteman, and they are identified with the world of ballroom palaces. Some are of those who went down swinging, like Bix Beiderbecke and Chick Webb, and who were decorated posthumously for heroic performances above and beyond the call of duty. Last, in the same concert halls where they play the masterworks, are statues of some of the great ones who long defended the walls, like Bechet, Armstrong, and Hawk.

This City of does not have any specific geographical location. It is anywhere and everywhere, wherever you can hear the sound, and it makes you do like this—you know! , , North and , the world digs this burg—Digsville, Gonesville, Swingersville, and Wailingstown. There are no city limits, no city ordinances, no policemen, no fire department, but come rain or come shine, drought or flood, I think I'll stay here in this scene, with these cats, because almost everybody seems to dig what they're talking about, or putting down. They communicate, Dad. Do you get the message ?

In celebration of this brief remembrance of Duke’s lasting contributions to Jazz, the editorial staff at JazzProfiles has re-posted an earlier feature about The American Jazz Orchestra’s tribute to Ellington in the blog sidebar, as well as, the related video to both The Duke and The AJO which you will find below.

Rest assured that we will have a great deal more to say about The Duke in future postings.