Joris Roelofs: “The Kids Are Fine” [From the Archives] 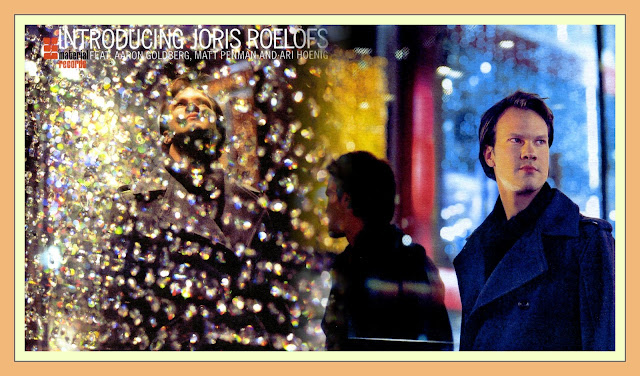 “All around they see not rivals but mentors. Gravitating to living masters and young gurus, they talk not of themselves but of the greatness of others. As a result, their sound is pure, their language is concise. Although perpetually young-looking, they are the opposite of naïve. Their groove is light and precise and the smile in their eyes maintains a near-constant  sparkle.”
- pianist Aaron Goldberg commenting on Joris Roelofs

It’s hard to imagine that someone who is only twenty-eight years old could already be so proficient in today’s Jazz world.

Such is truly the case with Joris Roelofs who was born 1984 in  (), raised in  (), and plays saxophones, clarinet, bass clarinet and flute. He began to play classical clarinet at the age of six, and the alto saxophone at the age of twelve.

For one so young, Joris has a considerable list of accomplishments and associations.

He was a member of the Vienna Art Orchestra from 2005-2010. Joris also plays lead alto in the Jazz Orchestra Of The Concertgebouw in the . He graduated in 2007 as a Master of Music at the Conservatory of Amsterdam. In 2001 Joris won the Pim Jacobs Price. In 2003 he received, as a first non-American, the Stan Getz/Clifford Brown Fellowship Award in the , organized by the International Association Of Jazz Education (IAJE). The IAJE also honored him with a “First Level” price. In 2004 Joris received the first prize of the prestigious Deloitte Jazz Award in the , a Dutch Award for young musicians who are just about to start their international carrier. In 2008 he was selected for the Thelonious Monk International Saxophone Competition.

He was recently asked by Brad Mehldau to perform with him at the Carnegie Hall in  and Sanders Theatre in . At age 16 Joris performed the famous clarinet introduction of Gershwin’s Rhapsody in Blue for a TV show with the Orkest van het Oosten, and in that same show was also featured as a soloist with the Jazz Orchestra Of The Concertgebouw. He also recorded as a special clarinet soloist with the Metropole Orchestra with Laura Fygi (2004). As a leader he performed several times at the North Sea Jazz Festival, Concertgebouw in , Smalls Jazz Club in NYC, among other places.

In October 2008 he did a European release tour with Ari Hoenig, Aaron Goldberg and Johannes Weidenmueller to promote his debut album Introducing Joris Roelofs. In 2009 and 2010 he did his second and third tour with Aaron Goldberg, Greg Hutchinson, Reginald Veal, Joe Sanders. Joris also plays in a trio with Jesse van Ruller and Clemens van der Feen, they released their album Chamber Tones and toured in . Joris’ new CD Live At The Bimhuis will come out the end of August/2011. As a sideman Joris has been playing at a large number of international jazz festivals and jazz clubs, all over the world. He moved to  in March 2008. 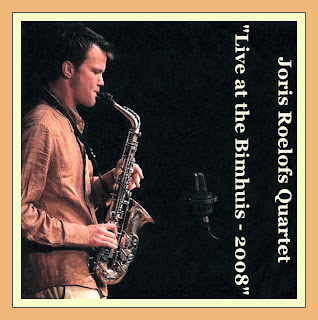 Pianist Aaron Goldberg wrote these thoughts about Joris and Jazz in  for Introducing Joris Roelofs:

“ remains an artist-magnet. The intrepid flow in from everywhere, their paint brushes or their saxophones on their back, often still searching for a place to sleep. Some show up with a point to prove, and they are usually the first to attract notice. On occasion others arrive with a different kind of special mission. Instead of a moral to teach or an agenda to push, these brave selves search for a lesson to learn. Tey are driven by the love of their art.

All around they see not rivals but mentors. Gravitating to living masters and young gurus, they talk not of themselves but of the greatness of others. As a result, their sound is pure, their language is concise. Although perpetually long-looking, they are the opposite of naïve. Their groove is light and precise and the smile in their eyes maintains a near-constant  sparkle.

Perhaps they have some metaphysical guardian, a Vajravarahi [Tibetan Buddhist diety that helps free one from suffering and gain enlightenment through meditations] to help uproot the ego?

Or maybe their meditations just focus on the truly important: line and melody, mouthpiece and embouchure, narrative and harmony, and the rest follows inevitably. These are the true faithful. From the inside they may see only detours, but their paths are straight and their bearing upright. From the outside they glow like the enlightened. More importantly, they are a joy to listen to. Joris Roelofs is one of the rare arrivals.”

With all of this by way of background, “The Kids” such as Joris, Aaron, bassist Matt Penman and drummer Ari Hoenig “are doing just fine” as you can hear for yourself on the sound track to the following video montage.

The tune is pianist Aaron Goldberg’s The Rules which is an excellent example of the kind of tension-and-release, repetitive phrases and sustained tones can create in Jazz. Aaron takes the first solo, followed by Ari on drums with Joris’s solo closing it out before the piece’s “surprise” ending.

[BTW, if the music of Lee Konitz, Warne Marsh, and Lennie Tristano comes to mind while listening to Joris' quartet, your memory is a credit to modern Jazz history].

Joris Roelofs recordings are available as audio CD’s and Mp3 downloads from a number of online retailers.
Posted by Steven Cerra at 7:00 AM