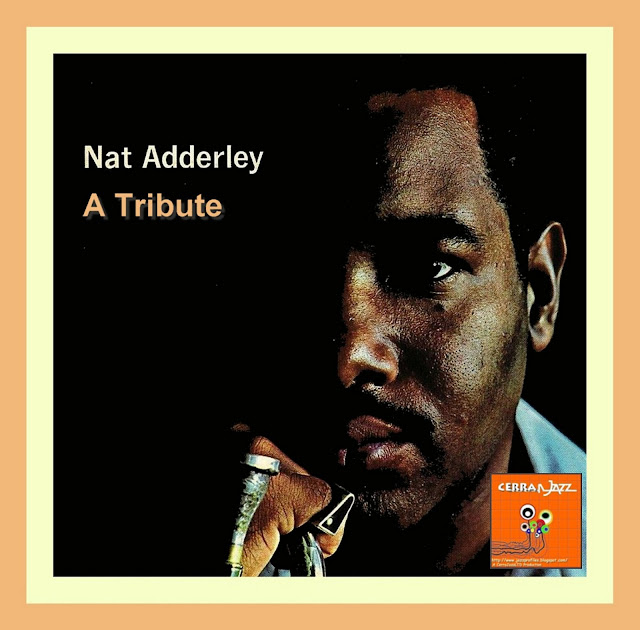 “Julian ‘Cannonball’ Adderley’s enormous personality and untimely death, together with his participation in such legendary dates as Miles’s Kind of Blues, have sanctified his memory …. But brother Nat was a big part of the band they had together from 1959 until Cannonball’s passing in 1975 at the age of 45.
One of the few modern players to have specialized on the cornet, … Nat was always the more incisive soloist, with a bright ringing tone that most obviously drew on the example of Dizzy Gillespie  but in which could be heard a whole raft of influences from Clark Terry to Henry ‘Red’ Allen to the pre-post-modern Miles Davis of the 1950s.”
- Richard Cook and Brian Morton, The Penguin Guide to Jazz on CD, 6th Ed.
“Nat Adderley received top billing in the Cannonball Adderley Quintet from 1959 to 1975. Although overshadowed by his brother Julian "Cannonball" Adderley, Nat's own contribution to the band's success was substantial….
Nat contributed to the quintet as both player and composer. He wrote several hits that became jazz standards, including "Work Song," "Sermonette," and "Jive Samba." His instrumental style bears the influence of Clark Terry, Miles Davis, and, in brassier moments, Dizzy Gillespie.
How­ever, Nat's solos are often highly personal in their use of half-valve (slurred) effects, unusual tone color, and a wry sense of humor.
Without him, the quintet would have been an altogether different, and perhaps more somber, band.”
Len Lyons and Don Perlo, Jazz Portraits
“Nat Adderley became a bandleader in 1975 without really wanting to ….”
- Orrin Keepnews
As I have mentioned before on these pages, business travel was a constant part of my life, especially during the last two decades of my career.
Most of it was national, some of it was international. Occasionally, and much to my relief, it was local.
One such local trip that I made on a quarterly basis involved visiting a client who owned a business based in Stockton, CA, which is about 80 miles due east of my office in San Francisco.
Since the purpose of these visits involved an early morning meeting with the company’s Board of Trustees, I would usually drive out for dinner with my client the previous evening to discuss the agenda, and then stay the night in a nearby hotel. It was easier than battling the morning traffic and the especially-dangerous morning fog.
A big box bookstore was located in the same complex with the hotel, and as I was restless following dinner, I wandered over to it to kill some time before turning in.
The store carried an extensive display of CD’s [remember those?] and while browsing its collection, I came across some music by Nat Adderley’s group featuring “Vincent Herring,” an alto saxophonist whose name was new to me.
I’d always dug Nat’s playing, the discs were being offered at half price and the “kicker” was that Jimmy Cobb was the drummer on two of the three that I purchased.
Boy, was I in for a treat.
When I returned to the room, I popped one of the CDs into my portable player, put on my ear phones and there went my early night as I stayed up half of it being blown away by Vincent Herring. 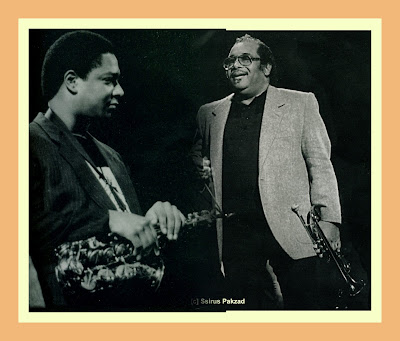 Poor Nat; here he was with another fantastic alto sax player.
As was the case with brother Julian, Nat more than held his own, but, man, Vincent Herring was somethin’ else [no pun intended].
As Nat described to Alwyn and Laurie Lewis in his March 1992 interview with them for Cadence Magazine: “Vincent plays Vincent; he has the style of Cannonball’s, but he does not play Cannonball’s licks. And that’s why I like him.” [paraphrased]
Elevating, exciting, electrifying - whatever the best words are to describe Vincent Herring - one thing is certain, you can’t expect to listen to his playing and easily go to sleep, afterwards.
Although a little groggy from lack of sleep, I showed up to the Trustees’ meeting the following morning with a big smile on my face. That and saving the client a good deal of money on their reinsurance placement must have won the day as I was able to renew the contract for one more year.
I owe it all to Nat Adderley, at least, the smile on my face, as if it hadn’t been for him, I most probably wouldn’t have discovered Vincent Herring.
Judge for yourself whether it was a worthwhile finding as Vincent is featured on the audio track to the following video tribute to Nat. As Nat explains in the introduction,  Work Song is one of his more famous tunes. Walter Booker on bass and Jimmy Cobb on drums are old friends from their days together with Nat in the Adderley Brothers Quintet. Art Resnick does the honors on piano.
Posted by Steven Cerra at 7:00 AM