Bob Brookmeyer: A Musician of Humor, Honesty and Humility 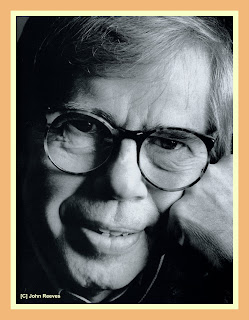 “Almost the first sounds to be heard on the classic Jazz on a Sum­mer's Day soundtrack are the mellow tones of Bob Brookmeyer's valve trombone interweaving with Jimmy Giuffre's clarinet on The Train And The River. It's a curiously formal sound, almost academic, and initially difficult to place. Valve trombone has a more clipped, drier sound than the slide variety, and Brookmeyer is probably its leading exponent, though Maynard Ferguson, Stu Williamson and Bob Enevoldsen have all made effective use of it.”
- Richard Cook & Brian Morton, The Penguin Guide to Jazz on CD, 6th Ed.

“Getting to the core could well be the Brookmeyer credo. As a jazz soloist and writer, Bob wastes litt­le energy on unnecessary curli­cues and affected sounds for the sake of an artificial eloquence... This is a signpost of basic musi­cal honesty. At the same time, Bob is dedicated to emotion and the investigation of every nuance beneath the surface of a selection. The result of this approach is a forceful personalized trans­mission of the emotional content of the musical material to the listening audience...”
- Burt Korall, Jazz writer and critic

“I've loved Bob's compositions and arrangements and his playing since the moment I first heard his music in the '70s.  It turned my life around.  Bob became a wonderful teacher, mentor and dear friend.  And he was enormously generous to those lucky enough to be his friend.”
- Maria Schneider, Jazz composer-arranger

“Bob has added an amazing amount to Jazz. He was in the thick of the scene in the 50s and 60s and even hung out at "The Loft." To the average listener he probably is not that we'll known. But to me he'll remain one of those fundamental sounds [of Jazz].”
- Dr. , Jazz musician

“Wherever he goes Bob's bound to make further contributions and stir up emotions with his "thinking differently.’”
- Brian Hope, Jazz Fan

“Bob studied at the Kansas City Conservatory and origi­nally played piano; he took up the valve trombone when he was twenty-three, and almost immediately became a major figure in jazz.

Most of Bob's career has been in , working with almost every major jazzman there, but most significantly Clark Terry, with whom he co-led a quin­tet. His association with Mulligan contin­ued, and when Mulligan formed his concert band, Brookmeyer played in it along with Zoot Sims, , Mel Lewis, and Clark Terry, and did a great deal of its writing. The band's haunting arrangement of Django Reinhardt's "Manoir de mes reves" is Bob's.

Bob is a classic illustration of the dictum that jazzmen tend to play pretty much as they speak, which is perhaps inevitable in music that is so extensively improvisatory. He is low-key and quietly ironic in speech, and he plays that way.”
-

Bob Brookmeyer was born on . He died on , three days before what would have been his 82nd birthday.

I will miss his magnificent musicianship, both as an instrumentalist, he played both valve trombone and piano, and as a composer-arranger.

It seems that Bob has been a part of my Jazz scene ever since I can remember. Although he replaced trumpeter Chet Baker with Gerry Mulligan’s quartet in 1953, I first heard him a few years later on the Emarcy recordings made by Gerry’s sextet.

What a group: Gerry on baritone sax, Bob on valve trombone, joined on the “front line” by trumpeter Jon Eardley and tenor saxophonist Zoot Sims, with bassist and drummer Bailey cooking along in the rhythm section.

What struck me most about Bob’s playing was its humor. Lighthearted and unexpected phrases just flowed in and out of his solos and he always seemed to swing, effortlessly.

Bob had fun with the music while not taking himself too seriously. I mean, anyone who names an original composition “Jive Hoot” must certainly smile a lot.

Bob knew what he was doing musically, but he never put on any airs about it.

He had great reverence and respect for those who came before him in the Jazz tradition and he even made it a point to “revisit” some of what he referred to as Jazz “traditionalism” in a few of the earliest recordings that he made as a leader.

Another of Bob’s virtues was his honesty and his directness. You never had to guess what he was thinking on subjects that were near-and-dear to his heart. In interview after interview, reading Bob’s stated opinions was akin to being “hit” by both barrels of a shotgun loaded with the truth-according-to-Brookmeyer.

If as Louis Armstrong once said, “Jazz is Who You Are,” then you always knew where Bob stood. Musically, his playing and his compositions radiated with candor and clarity; his big band arrangements, in particular, just sparkled with lucidity and precision. I would imagine that no one performing Bob’s music was ever in doubt as to what he wanted you to play.

Nothing was implied or suggested in his writing; he told you what he wanted you to play. For better or for worse, Bob just put it out there. No wonder he remained such close friends with Gerry Mulligan throughout his life.

As described above in the introductory quotation by , Bob was to work with many of the Jazz greats on the West Coast Jazz scene of the 1950’s and both the New York Jazz and studio worlds of the 1960’s. He returned to in the 1970’s primarily to work in movie and television composing and did some small group gigging at Jazz festivals and concerts in the and abroad throughout the 1980’s.

Upon his return to in the 1980’s, Bob would also become “the de facto musical director for the orchestra that Mel Lewis led following the death of Thad Jones.”

In an interview he gave to Scott Yanow, Bob said: “Before my stay in [1968-1978], I considered myself a player first and a writer second. … In addition to Gerry Mulligan’s writing, my big band arranging was inspired by Bill Finegan, Ralph Burns, Al Cohn, Eddie Sauter, Gil Evans, Bill Holman and George Russell.”

From 1991 up until his death, Bob spent much of his time in exploring new approaches to composing, arranging and orchestrating for some of the resident, larger orchestras in and , including his own New Art Orchestra which was based primarily in .

We hope this all-too-brief remembrance will serve in some small measure as our celebration of the musical life of Bob Brookmeyer.