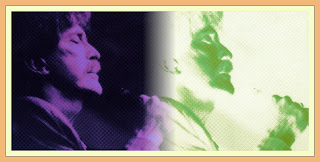 For years, I’ve struggled with the term “Jazz singer.”

What makes a “Jazz singer?”

Is Bing Crosby a “Jazz singer?” How about Mel Torme or Frank Sinatra? Are they “Jazz singers?”

I’ve heard some make the argument that Anita O’Day was a Jazz singer, but that Ella Fitzgerald was a song stylist.

Others state the case that Tony Bennett sings in a Jazzy manner, but basically, he’s a vocalist who is really more conversant with popular songs.

Rosemary Clooney was considered a pop singer for much of her career, yet she recorded both bossa nova and Jazz CD’s for Concord Records in the closing years of her life.

I suppose, ultimately, what makes a Jazz Singer is largely a reflection of how one hears the music.

When it comes to Mark Murphy, however, there seems to be a universal consensus that he is indeed, a Jazz singer.

Mark worked at becoming a Jazz singer and he’s continued to do so for over 50 years.

He shared the following thoughts on the subject with Michael Bourne, DJ of the popular Songbirds program on WBGO radio:

“‘The definition of a jazz singer is a singer who sings jazz,’ said Mark Murphy with tongue-in-cheek, al­though, actually, he's a definitive jazz singer himself.

He scats with bravado. He improvises melodically, harmonically, rhythmically, and with the lyrics. He writes vocalese lyrics to jazz instrumentals and also writes his own songs. He can break hearts on a ballad, plumb the deepest blues, bossa like a Brazilian, or wing harder and hipper than just about anyone.

‘A lot of singers attempt to sing jazz, use aspects of jazz in their arrange­ments, but without really getting into the whole thing,’ he continued in a 1975 interview with me for notes on the al­bum Mark Murphy Sings.

‘l think the test is The Jazz Singer Test.  You take a singer and three musicians and you put them in a room, or a pub like I used to do in . I had this trio. The piano player couldn't read. The bass player couldn't read. The drummer read, but it didn't matter. I gave them a list of tunes. We never rehearsed. We just got up. I gave them the keys, and I counted off, and it happened. Because we were all Jazz musicians. I think that's the test. If a singer can get up and cut that, he's re­ally doing it."

Of course, in his usual, irascible fashion, the late Jazz author and critic, , makes the whole point of what constitutes a Jazz Singer into a moot one when he writes in the insert notes to Mark’s album That’s How I Love The Blues [Riverside RLP-9441; OJCCD-367-2]:

“That long-standing argument on the subject of what (and who) is or is not a jazz singer has always struck me as par­ticularly pointless. The fact is that the singer's art is a sep­arate one, halfway between the musician's and the actor's. One could say that it partakes of both — but one would be wrong. For the contrary is actually the case: both acting and the playing of musical instrumental music derive from singing. On various occasions, Vladimir Horowitz and Bill Evans, both men of profound and acute musical wisdom, have commented to the effect that their function at the piano is to sing!)

The function of the singer is, and always has been, to tell stories in a musical context. This has been true in Elizabethan England, in the blues country of the South, in the hills, and in the modern nightclub. Whether or not a particular singer understands the nature of his function and can fulfill it well is another matter, but the function is nevertheless there. Maria Callas, recording One Fine Day from "Madame Butterfly," was faced with the same job as the late Billie Holiday recording Porgy: to bring out the dramatic poignancy of the situation expressed in the lyrics, and to do it in a musical way. And as far as I'm concerned, they have more in common with each other than Callas has with a symphony horn player or Billie with Bunk Johnson.

Now, a singer may choose to emphasize the dramatic aspect of his task (as Sinatra does), or the musical aspect of it (as Sarah Vaughan usually does), but he or she slights the other aspect at his own peril.

MARK MURPHY, it seems to me, has ‘roots’ — not just in the short-term way in which jazz buffs use that term, but in the longer run of history. That is to say, he is, whether consciously or otherwise, in touch with the tradition of musical story-telling. If it happens that he stresses the musi­cal side of the art, it is his prerogative to do so. But he doesn't ever slight the dramatic.

My respect for Mark's work has increased considerably in the few years since I was first made aware of him by other singers who were talking about him all the time. And the stature of his work has also increased. He was always an incredibly musicianly singer, but he has begun to achieve a relaxation that is permitting the dramatic potential of his performances to emerge more and more strongly.”

Actually, what brought about this brief visit with the work of Mark Murphy was the following excerpt from ’s recently published The Jazz Standards: A Guide to the Repertoire [New York: Oxford University Press, 2012] on the subject of On Green Dolphin Street:

“On illustrates the sometimes unexpected sources of the standard Jazz repertoire. The song first appeared in a mostly forgotten film of the same name from 1947 …. Yet Jazz musicians ultimately embraced it because of its engaging chord changes, which alternate between eight bars of floating pedal point and eight bars of harmonic movement. …

Vocalists occasionally tackle this song, but the lyrics suffer from shallowness. If you fell in love, would you sing about your beloved or just her address? Singers who insist in going down this path are perhaps best advised to adopt a tone of hip nonchalance, which adds some plausibility to this paen to a place. A good example can be found on Mark Murphy’s 1961 recording from his Rah album [Riverside RLP-9395; OJCCD 141-2].”

You might keep Ted’s thoughts in mind while you listen to Mark Murphy sing On Green Dolphin Street [in a hip, nonchalant way, of course] as you view the following video tribute to him.