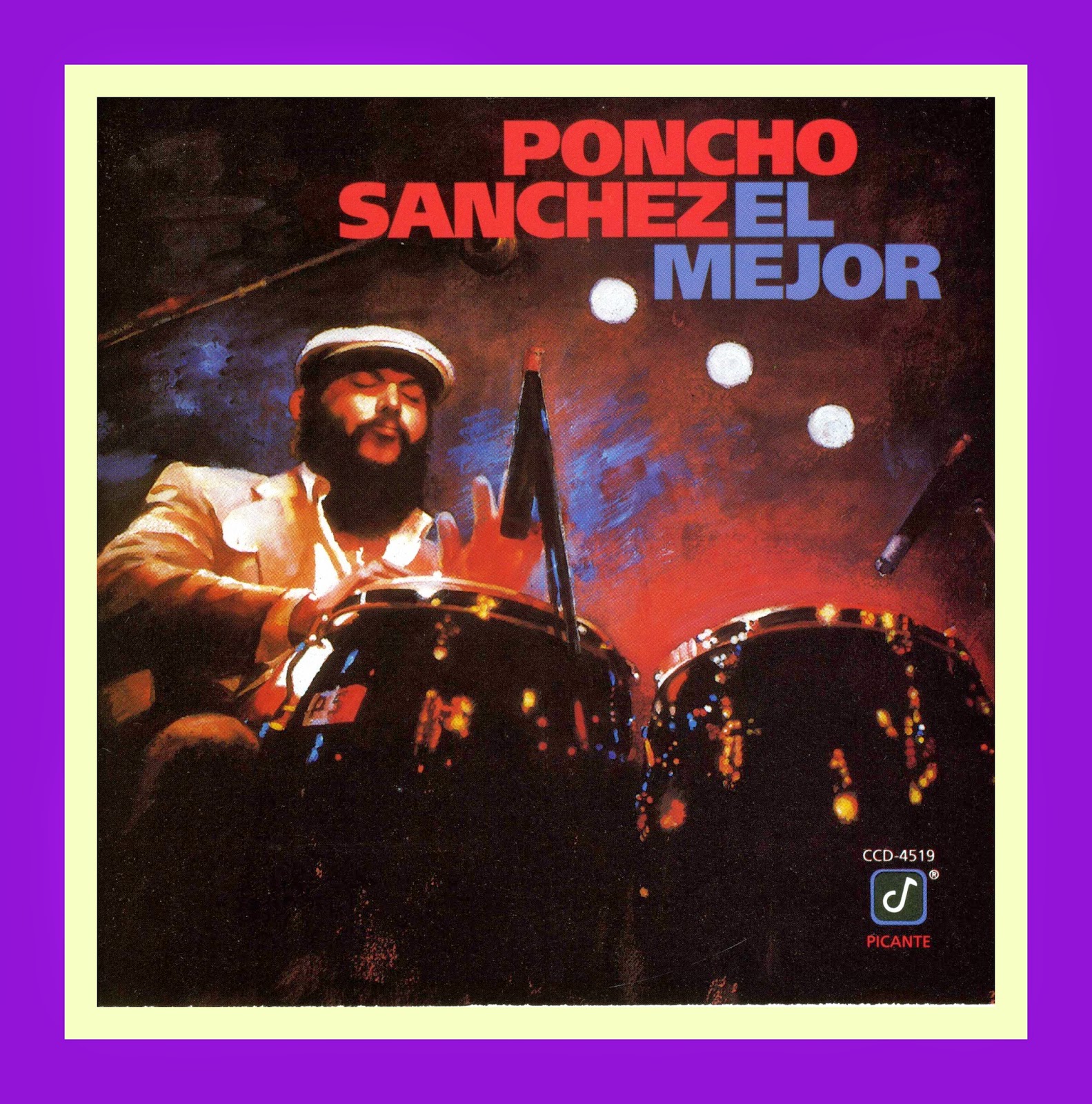 A strong musician and a centering force in his ensemble, Sanchez's larger career role has been to help maintain and protect the Latin jazz tradition. "I'm proud," he says. "I'm an American. That's our music, man. That's our history. Let's celebrate it. Let's let everybody know it's ours.

"To me, it couldn't be better. You put the sophistication of the harmonies, the melodies of traditional jazz and you get the rhythm, the flavor, the dances of Latin music. You put those two things together, and that's Latin jazz, man, some of the best music in the world."

After reading these concluding paragraphs to Josef Woodward’s recent interview with Latin Jazz percussionist Poncho Sanchez in the December 2013 edition of Downbeat, I flashed back to a couple of my earliest CD purchases among which were Poncho’s El Mejor [Concord CCD-4519] and Sonando [CCD-4201].

You can tell that these CD’s are at least 25 years old because of the weight of the plastic jewel case. Twenty five is also the number of CDs that Poncho has now issued on Concord which is certainly a tribute to continuing popularity of his music and to his staying power.

At the time they were issued, El Mejor and Sonando were a part of the “Picante” catalogue a division of then-owner Carl Jefferson’s Concord Records that was “dedicated to presenting the best in Latin music (Afro-Cuban, Brazilian, Salsa and Latin Jazz).”

The current owner, the Concord Music Group, uses a different designation for Latin Jazz as it includes it as part of its World and Latin category.

The esteemed Jazz writer Leonard Feather offered this overview of Poncho’s early career and his music dating back to 1982 when ‘the great conquero’ was just beginning to make his way into the Latin Jazz world with his own working band. 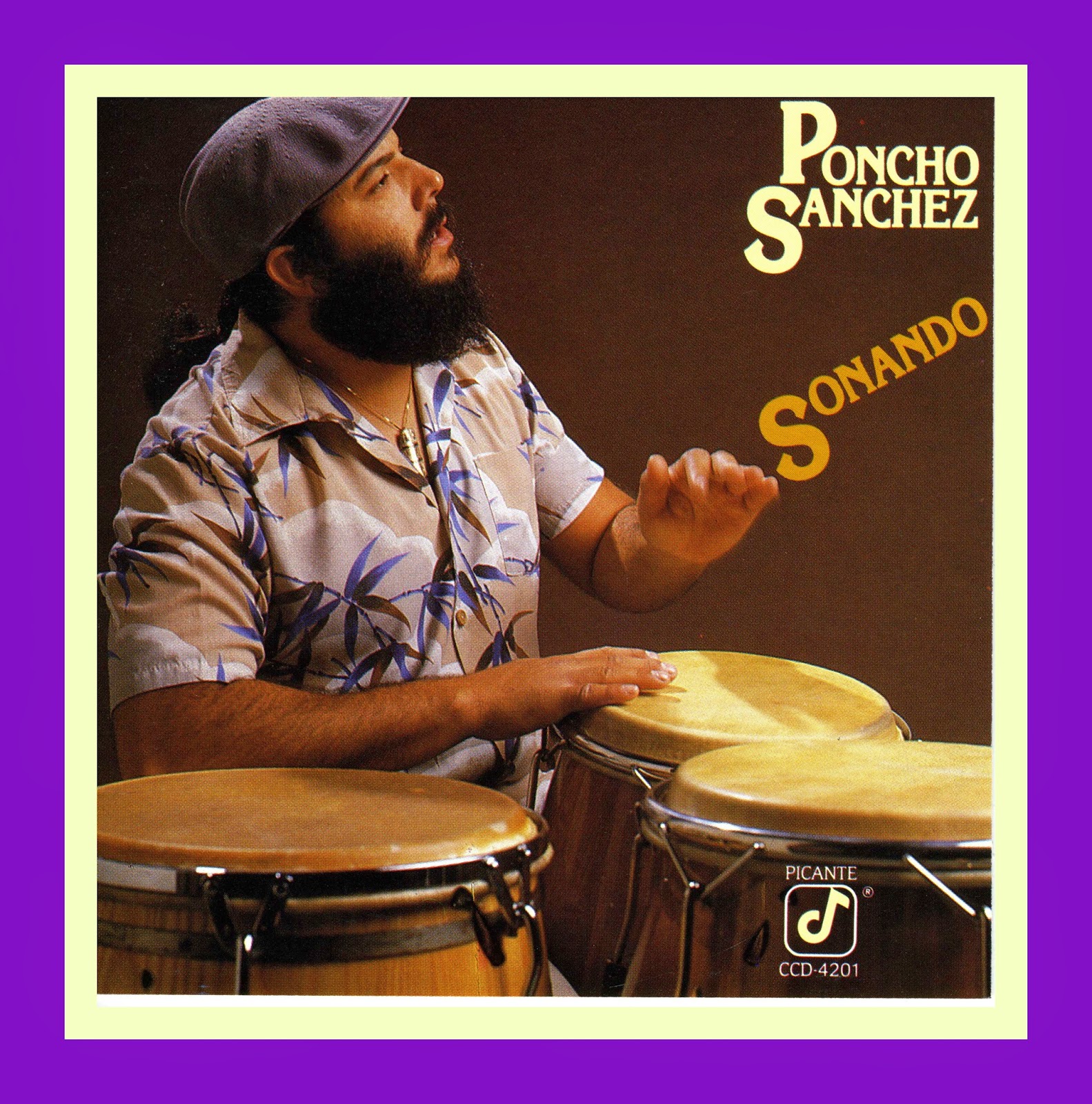 “Make no mistake: this [Sonando]  is not your typical salsa recording, any more than Poncho Sanchez is a conventional Latin musician.

His best known association began on New Year's Eve of 1975, when he joined Cal Tjader's combo. He credits Tjader with a founding role in the Latin/jazz fusion. Poncho remained with him until the vibraphonist's sudden death on May 5, 1982, when they were touring the Philippines.

During his years with Tjader, Poncho had recorded seven albums with him, as well as two under his own name (for Discovery). The present recording, his first under his Concord contract, also is the first since he became a full time leader after Tjader's death, and the first to present his current sidemen, with two additions.
Poncho was born Ildefonso Sanchez, Oct. 30, 1951, of Mexican parentage, in Laredo, Texas. Raised in Norwalk, Ca., near Los Angeles, he studied flute and guitar while in junior high school, later taking up congas and bongos. He claims to have picked up a feel for typical Latin music from his sisters (Latin, that is, in the Afro-Cuban and Puerto Rican sense, as opposed to the traditional Mexican rhythms).

Before, during and since the Tjader incumbency, Poncho has gigged with various groups, including several of his own. Along with his regular personnel, the line-up here includes the alto saxophonist and flutist Gary Foster, who played on both his previous recordings; and trombonist Mark Levine, who wrote several of the arrangements, or wrote additional horn parts to existing charts. Levine, who was a colleague of Poncho during Tjader's last three and a half years, has many Latin music credits, having written and played for Willie Bobo, Luis Gasca, Azteca; also Mongo Santamaria, with whom Poncho once worked. Levine's presence is appropriate on this Concord recording, since he was born in a town by that name (the wrong one, however; this was Concord, N.H.).

As his performance throughout this recording makes unmistakably clear, Poncho is a total perfectionist in the subtle nuances of his Latin rhythms. ‘Everything we do has to be measured and counted,’ he says, ‘like a puzzle in which all the pieces have to fit together.’”

Ten years later in 1992, Poncho recorded El Mejor with a band that included trombonist Andy Martin and David Torres as its pianist and musical director.

In the following video tribute to Poncho you can hear Andy and David performing on the latter’s beautiful Sueños.