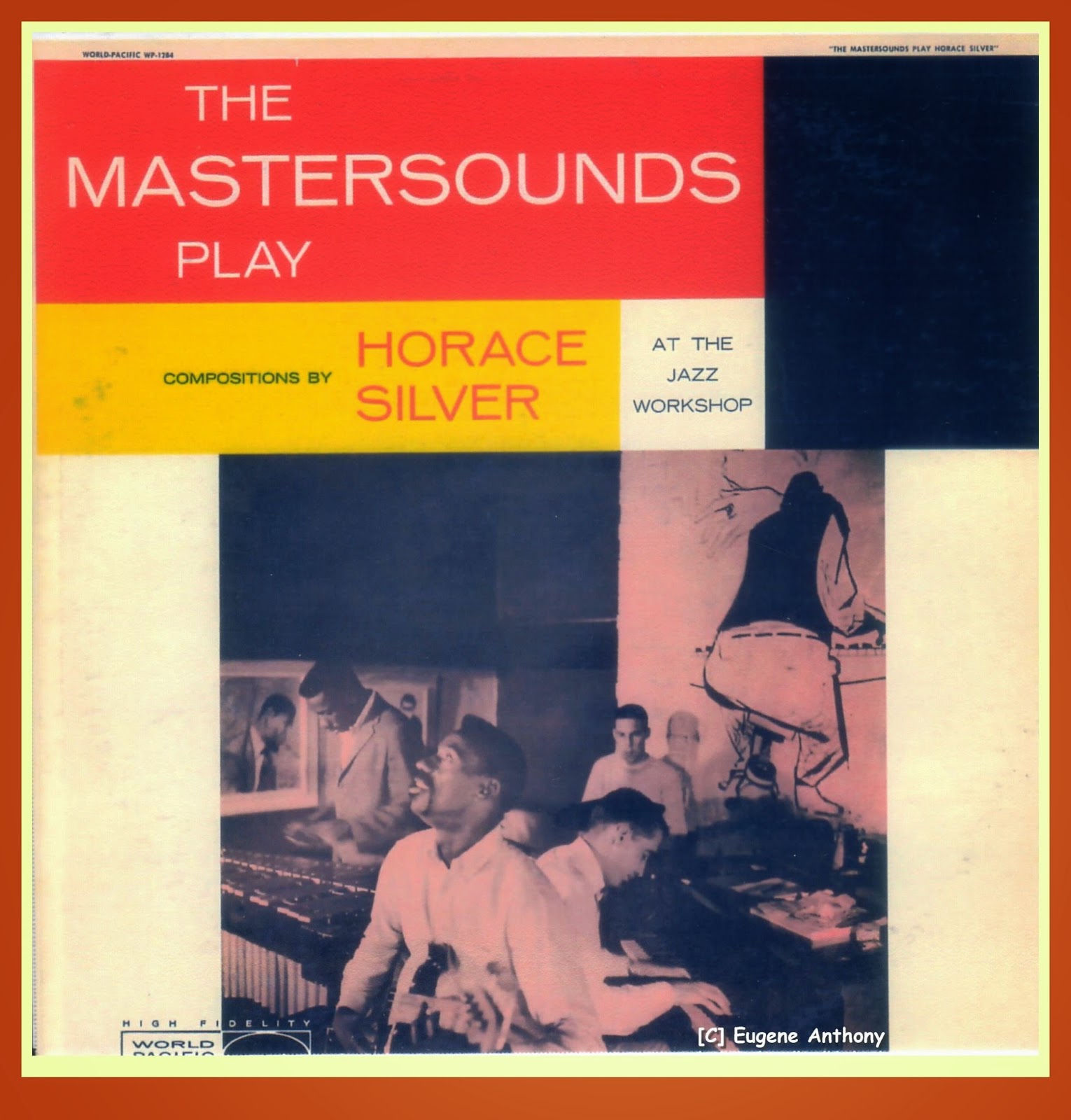 “Speaking as a composer, it’s a great thrill to listen to another artist or group of artists interpret your compositions. Every artist will give them a new and different concept.

I am especially thrilled that The Mastersounds have chosen to do an album of my compositions because I have long admired the group.

I’ve listened to them at Birdland and at The Newport Jazz Festival, and they are a well-rehearsed, well arranged (but not overly arranged), swingin’, blowin’ group.

I’m sure that everyone who hears this album will be pleased with the interpretations given my compositions as I am, and equally pleased by the solos.”
- Horace Silver

I’ve always consider the sound of vibes or, more properly, the vibraphone, to be the ultimate sonic expression of “Cool.”

Mallets on metal with the struck sound oscillating through inverted organ-like tubes has always been my ideal of the Jazz textural equivalent of Cool.

Interestingly, Cal Tjader, Victor Feldman and Larry Bunker, three drummers that had a tremendous influence on my perceptions of modern Jazz, all made the switch to vibes early in their careers.

And although I studied drums with Victor and Larry, I never made the switch to vibes, but I did pick up the ability to play some mallets in concert orchestra settings when such gigs came my way.

In my opinion, Cal, Victor and Larry were extremely underrated as vibraphonists and each played the instrument using a very “Cool” style [see Ted Gioia’s description below for a definition]. I mean, Victor even wrote a tune that he entitled Too Cool [a 12 bar blues that appears on his Contemporary CD, The Arrival of Victor Feldman]. How cool is that!

For a drummer, the vibraphone can be an easy instrument to mess with, but a “dangerous” one, too.

“The vibraphone invites overplaying almost by its very nature. … Unlike a horn player, the vibraphonist is unable to sustain notes for very long, even with the help of vibrato and pedal. The vibes invite overplaying to compensate for such limitations. Added to these difficulties is the fact that … [they are played with] a hitting motion powered by the wrists. With the mastery of a steady drum roll, the aspiring vibraphonist is already capable of flinging out a flurry of notes and, given the repetitive motions used to build up drum technique, the vibes player is tempted to lock into a ‘steady stream’… [of notes]. [West Coast Jazz: Modern Jazz in California, 1945-1960, p.103].

Ted goes on to offer this description of Cal’s playing which I think could also be applied to Victor and Larry and may also explain what I heard in the instrument that made it sound so “Cool” to my ears.

“Tjader’s playing, however, was nothing like this. Although he was a drummer and percussionist by background, he seemed to draw on the instincts of a horn player in shaping his improvised lines. They did breathe. ..."

Cal always maintained that his two main influences on vibes were Lionel Hampton and Milt [“Bags’] Jackson. “Hamp” was a banger and “Bags” was a bopper and a blues player without equal. How in the world did Cal fuse such dissimilar styles?

“These disparate strains in his playing came out most clearly in his Jazz work. Where Tjader melded them into a melodic, often introspective style that was very much his own. Even when playing more high-energy Latin numbers Tjader kept a low-key demeanor, building off the intensity of the rhythm section rather than trying to supplant it. For the most part, he came across as an introvert on an instrument meant for extroverts.” [Ibid, pp.103-104].

Although he came to the vibes from the piano and not the drum chair, one of my all-time favorite vibraphonist was Buddy Montgomery who also impressed me as a Cool player because he, too, relied on a “ … melodic, often introspective style [with a] ...  low-key demeanor, building off the intensity of the rhythm section.”

Victor Feldman and Cal Tjader basically never returned to the drum chair in the later years of their career and Buddy Montgomery rarely ever played vibes again after doing so for about three years with The Mastersounds.

The Mastersounds were only in existence for about three years - 1957-1960 - but  I thought they had a Cool sound built around Buddy’s vibes so I collected all of their records on Pacific Jazz and Fantasy and heard them as often as I could in clubs and concerts. 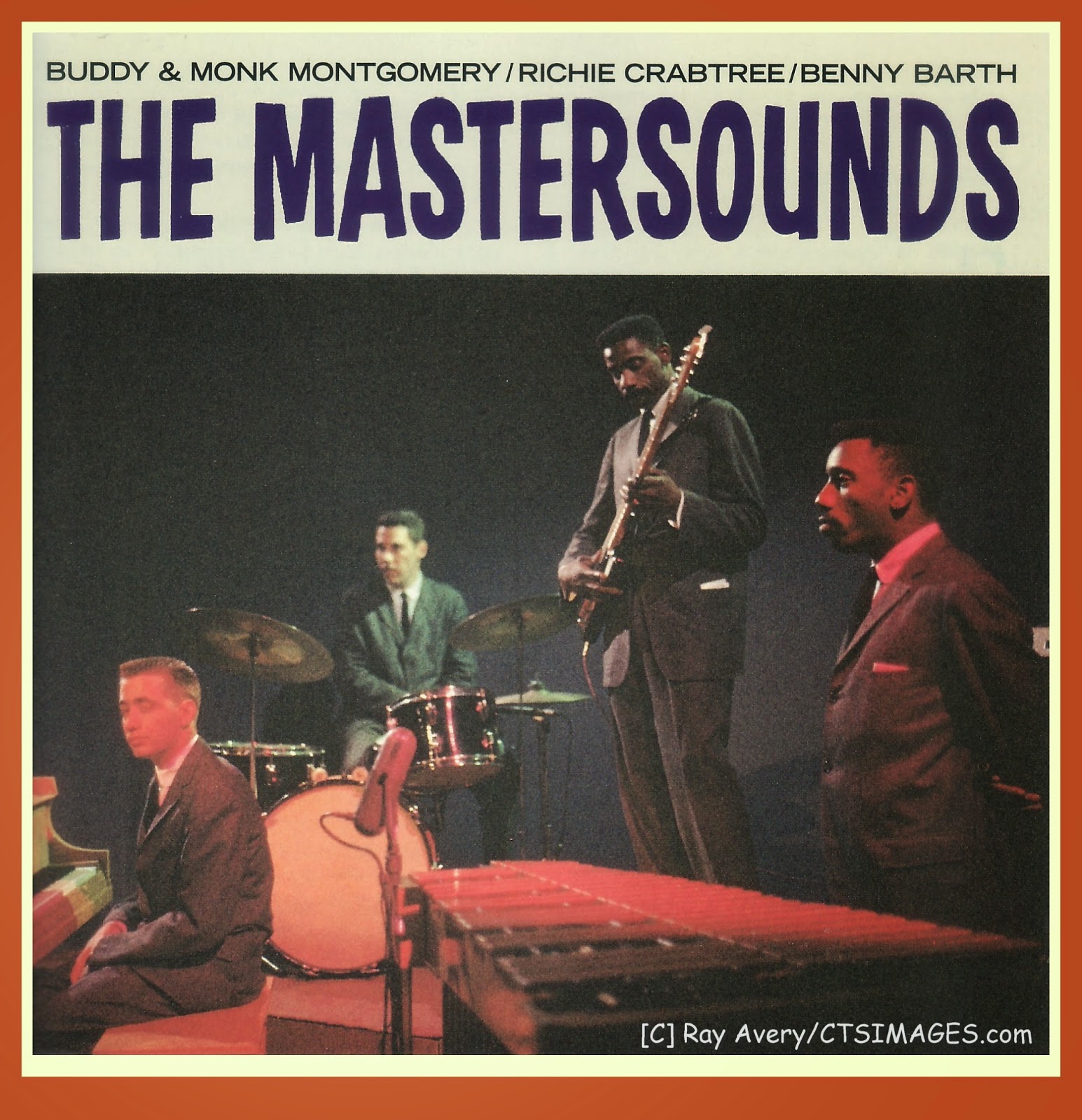 During their brief existence, The Mastersounds were particularly welcomed at The Jazz Workshop in San Francisco which was located on Broadway between Columbus and Montgomery and was within walking distance of Sugar Hill, Basin Street West, El Matador and the El Cid, a club that I worked.

In celebration of their warm reception as artists-in-residence at their beloved North Beach San Francisco bistro, The Jazz Workshop, at the end of 1958, World Pacific released  The Mastersounds Play Compositions of Horace Silver at the Jazz Workshop [WP-1282].

I don’t know about you, but I think there is a certain irony in a group that features the Cool sound of vibes playing the hot, hard bop compositions of Horace Silver, but we'll save that anomaly for another time.

With their unique interpretations of Horace’s Ecaroh, Enchantment, Nica’s Dream, Doodlin’, [the-all-too-rarely-heard] Moonrays and Buhania, as Richard Bock points out in his liner notes:

“The music of Horace Silver provides a perfect vehicle for the Mastersounds to project their very earthy concept yet sophisticated jazz conception. The group has never been recorded in better form. …

The Mastersounds have reached a jazz maturity that has developed from over three years of playing together. This collection of the music of Horace Silver, one of Jazz’s greatest new composer-arrangers, represents a high point in the Mastersounds’ career.”

With the cool sound of Buddy Montgomery’s vibes complemented by Richie Crabtree on piano [Richie’s playing reminds me of that of Russ Freeman’s], Monk Montgomery on Fender electric bass and Benny Barth on drums [a dynamic drummer who has obviously listened closely to Art Blakey], The Mastersounds Play Compositions of Horace Silver at the Jazz Workshop [WP-1282] has always been among my favorite albums.

Over the years using various themes for video montages and uploading these to YouTube with each of the six tracks on the original album, I have managed to replicate the entire LP in an audio-video format.

I thought it might be fun to feature the cool sound of Buddy’s vibes with the wonderful musicianship of Richie, Monk and Benny on these pages as a tribute to The Mastersounds:

The videos are posted in the original track order of the LP:

Email ThisBlogThis!Share to TwitterShare to FacebookShare to Pinterest
Labels: the mastersounds