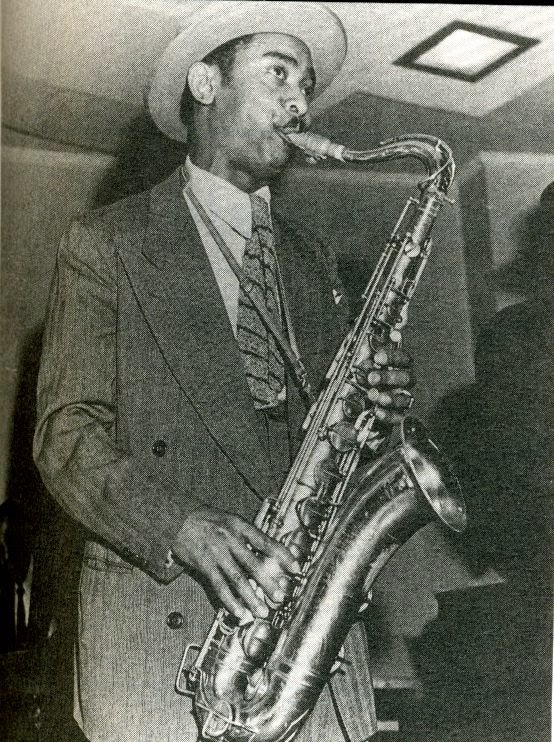 Don Byas was one of the few musicians of his era to strike a compromise between swing and bebop. In addition to the rhythmic feeling of modern jazz, he incorporated elements of Coleman Hawkins's harmonic advances and Lester Young's lyrical style. He often played with a relaxed subtone embroidered with gentle vibrato, reserving the boisterous "Texas tenor" sound for the climax of his solos. Lucky Thompson and Benny Golson claim him as an influence, and most modern tenor players are aware of his work as a bebop pioneer. The Byas influence of Golson’s phrasing is particularly strong.


Born to musical parents, Don studied violin and clarinet prior to the alto sax. In his teens, he worked in territorial bands based in Oklahoma City and then led his own band at Langston University (1931—32). After switching to tenor, Byas left Oklahoma in 1933 for California and spent four years in Los Angeles working for Lionel Hampton and Buck Clayton, among others.


In 1937 Byas traveled to New York City, where he worked as an accompanist for Ethel Waters. He next worked for Don Redman, Lucky Millinder, and Andy Kirk. Following tours with Benny Carter, Byas joined the Count Basie Orchestra (1941-43) as a replacement for Lester Young. On his most celebrated tune of this period, Harvard Blues, Byas proved that he could work in the twelve-bar form and that he shared the Basie sense of understatement (Blues by Basie, Columbia).


After jamming with the modernists at Minton's, Byas joined the innovative Dizzy Gillespie—Oscar Pettiford band in 1944. Over the next three years, he performed in many modern groups on Fifty-second Street. He was featured on numerous titles recorded for Savoy through the mid-1940s, but his best small-group work was done in the animated company of Gillespie (The Greatest Hits of Dizzy Gillespie, RCA Victor).


Another example of Byas's best playing occurred during a pair of impromptu duets on "Indiana" and "I Got Rhythm," recorded with bassist Slam Stewart, as the two waited for a 1945 Town Hall concert to begin. "I Got Rhythm" appears on The Smithsonian Collection of Classic Jazz (Smithsonian) and is a virtuoso performance that reveals both excitement and restraint. Byas explores every harmonic nook and cranny in his memorable eighth-note lines, which do not swing as easily as bebop, but at the same time do not ride as closely to the leading edge of the beat as Hawkins's aggressive phrases.


At his artistic peak in 1946, Byas left for France as a member of Don Redman's band. He later settled in Holland with his family, appearing regularly at European jazz festivals, and recording. Another Byas trademark, the patient, soothing ballad, is included in Jazz at the Philharmonic in Europe (Verve).


During the 1960s, Byas was intrigued by the innovations of John Coltrane and Sonny Rollins, although he did not alter his own style in response. In 1970 he returned to the United States for the Newport Jazz Festival, but he returned to Europe shortly afterward because he felt more I abroad than at home.


He died in Amsterdam in 1972 at the age of sixty [60]. Sadly, his passing garnered little attention in the Jazz press.


The following video tribute features Don Byas and bassist Slam Stewart on their classic treatment of I Got Rhythm.