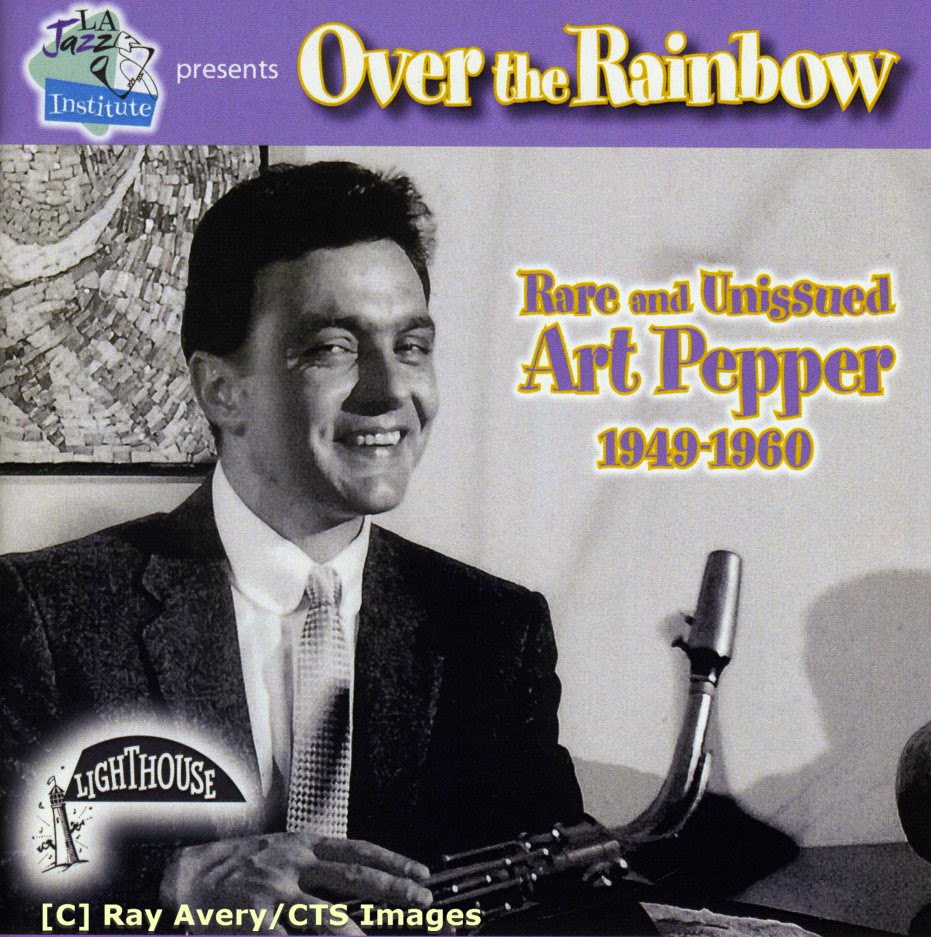 Each year, the Los Angeles Jazz Institute makes available a CD of previously unreleased recordings from its vast holdings as a bonus to those who become members of the Institute. You can locate more information about membership in the LA Jazz Institute as well as a detailed description of its collections and forthcoming events by going here.


This year’s bonus CD is entitled Over The Rainbow: Rare and Unissued Art Pepper, 1949-1960 [LAJI 0012] and it contains 15 tracks by Art both on alto and tenor saxophones in a variety of settings. Ken Poston, who produced the CD and who is the Director of the LA Jazz Institute offers the following perspective on the music in his insert notes to the CD.


“This collection spans an eleven year period in Art Pepper's career that showcases his rise from promising sideman with the Stan Kenton Orchestra to legitimate jazz star. It was a very prolific period in spite of the fact that he spent close to three of those years off the scene.


The recordings on this CD are organized chronologically which enables us to hear his stylistic evolution as it develops throughout the decade. The first four tracks demonstrate a very lyrical individual voice that stood out from so many other alto saxophonists who came more directly out of the Charlie Parker mold.


The three years spent incarcerated were not totally wasted. He spent his time wisely, doing a lot of practicing and writing. When he re-emerged in early 1956 his playing had taken on some new distinctive qualities. His melodic ideas were more mature, he had become much more harmonically advanced and he had perfected his overall sound. He had always had a special ability to express emotion in his playing but it was even more evident during this period.


Although he recorded frequently between 1956 and 1958, jobs were still hard to come by and he started playing tenor with a rock and roll band in the San Fernando Valley. He also worked frequently with a mambo orchestra mostly on baritone. Those experiences resulted in a few other subtle changes in his playing that began to appear towards the end of the decade when he developed a slightly more aggressive approach and began expanding his harmonic language even more.


The collection ends with his final session as a leader prior to his incarceration in San Quentin that takes him off the scene for most of the 1960s.


Most of the recordings on this disc are previously unissued or very rare.


The following video tribute to Art Pepper and arranger-conductor Marty Paich offers a sampling of the music on this special CD. The tune is Dizzy Gillespie’s Shaw ‘Nuff.