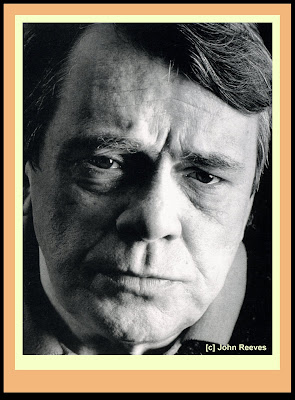 © -Reprinted with the permission of ; copyright protected; all rights reserved.

“Phil Woods sometimes refers to himself as Dubois. He is more than half French by ancestry. His father changed the name from Dubois. The rest of Phil is Irish.

When I played one of Phil's records for a friend whose main experience of music was country and western, she said, "Oh yes—he cares." And so he does. Phil's wife Jill (whose brother, Bill Goodwin, is the drummer in Phil's group) once said to me, "Phil's angry about all the right things."

And so he is. He gets angry about indif­ferent musicianship, politicians, racism, injustice in all its forms, and any failure to render to jazz and its past masters the respect he thinks they deserve. Phil man­ages to combine in his brilliant alto playing an improbable combination of ferocity and lyricism. Phil once said pointedly that his influences were "Benny Carter, Johnny Hodges, and Charlie Parker, in that order." He has assimilated all his influ­ences to become utterly distinctive, one of those people you can identify in two or three bars, sometimes in one assertive phrase.

Phil graduated from Juilliard as a clari­net major. He still plays the instrument occasionally, and always beautifully. But he has specialized since early days in alto saxophone, on which he achieves a huge tone. He has played with absolutely eve­rybody of consequence in jazz, in every imaginable context, and has recorded with Benny Carter and Dizzy Gillespie, two of his major heroes. He is an intriguing com­poser and, as a soloist, inexhaustibly inventive.

One of Phil's early idols was Artie Shaw, on whose work he modeled his own clari­net playing. It was my pleasure to intro­duce Phil to Artie, who began his pro­fessional career on saxophone, at a party after one of Phil's concerts. Also at that party was the fine tenor saxophone player Eddie Miller. When Phil had gone off in the crowd of his admirers, Shaw said to me, "I've heard them all. All. Phil Woods is the best saxophone player I ever heard." And Eddie Miller warmly agrees.

Phil is completely uncompromising. He dislikes amplification, and will not allow microphones on the bandstand. Though he was a successful studio musician in  in the 1960s, he has since then declined to play anything but jazz, and only on his terms. He tours with a quintet that usually contains a second horn, whether trumpet or trombone. Tom Harrell is one of the alumni of his group.

I don't wish to make Phil sound forbidding. He isn't. Indeed, he's terribly funny and a delight to be with. But Jill got it right; I know no one on this earth with more integrity than Philip Wells Woods.”
Posted by Steven Cerra at 7:00 AM