Ryan Kisor and The Making of Jazz 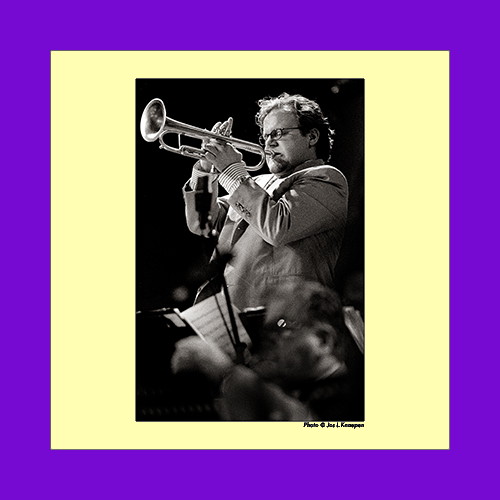 "You don't need a degree in musicology to understand the language of jazz. ... Jazz is based on the common language of music understood around the world. The listener, whether musician or non-musician, can learn the idioms and vernacular of the language. It is simply a matter of absorption through exposure. My only caveat is this: in the learning process, don't spend your time listening to imitators or second-raters."
- Doug Ramsey, Reflections on the Music & Some of Its Makers

"If improvisation is the essential element in Jazz, it may also be the most problematic. Perhaps the only way of appreciating its peculiarity is by imagining what 20th century art would be like if other art forms placed an equal emphasis on improvisation.

Imagine T.S. Eliot giving nightly poetry readings at which, rather than reciting set pieces, he was expected to create impromptu poems - different ones each night, sometimes recited at a fast clip; imagine giving Hitchcock or Fellini a handheld camera and asking them to film something - anything - at that very moment, without the benefits of script, crew, editing, or scoring; imagine Matisse or Dali giving nightly exhibitions of their skills - exhibitions at which paying audiences would watch them fill up canvas after canvas with paint, often with only two or three minutes devoted to each 'masterpiece.'

These examples strike us as odd, perhaps even ridiculous, yet conditions such as these are precisely those under which the Jazz musician operates night after night, years after year."
- Ted Gioia, The Imperfect Art: Reflections of Jazz and Modern Culture

I usually keep discussion about the technical aspects of Jazz to a minimum here at JazzProfiles for a variety of reasons, not the least of which has to do with the fact that not everyone who visits the site is a musician.

Good Jazz musicians make it all sound so easy that occasionally, it’s nice to remind myself that it takes a great deal of talent, skill and hard work to make good Jazz.

The following musician-speak feature offers an example of what actually goes into making a seemingly, simple Jazz waltz song structure and the improvisation that is played over it.

There is no need to struggle to grasp what’s being explained in this highly technical essay; there’s no “quiz to follow.”

Take it in as best you can.

You can listen to the music itself on the video that follows the text.

But the next time you hear Jazz coming effortlessly out of a musician’s horn, perhaps the lingering sense of what you’ve read in this piece will help give you a deeper appreciation of how much is involved with producing it. 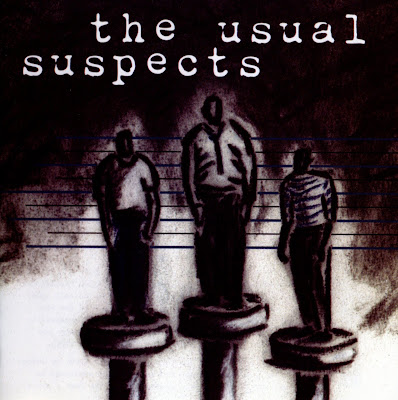 “TRUMPETER RYAN KISOR HAS RECORDED more than a dozen recordings of his own, including The Usual Suspects (Fable 54267-2) in 1998. Kisor's original composition Sheeryn's Waltz from the album features a lyrical melody over a 56-bar form (ABA'). Much like Bill Evans' Twelve Tone Tune Two, Kisor's one-chord-per-bar progression is built entirely with major 7th chords. The bridge takes advantage of the lydian sound with many #4 notes found within the melody.

The challenges presented by navigating this harmonic progression are overcome by Kisor's use of three techniques. The first of these techniques provides a strong melodic sense by outlining and surrounding chord tones. For instance, measure 1 outlines 9-7-5, measure 2 includes 9-7, followed by 7-5 in measure 3 and 7-5-3-#4 in measure 4. He continues to tastefully focus on chord tones in this manner without it sounding repetitious or mechanical.

In measures 13-15 we see the movement of a 4th between the E and B of the Cmaj7 as well as the D to A and the G to C over the B flat maj7. There is a movement of 4ths over the bar line in measures 29-31 between the notes E to A, A to D, D to G and F to C. One final example to reiterate this concept begins in the second half of measure 42. Between this starting point and beat 1 of bar 47, Kisor uses only three notes (C, G and D) over two octaves of the instrument and four different chord qualities all by navigating between the movement of major 2nds and perfect 4ths (with the exception of two perfect 5ths).

Another moment of interest occurs between the end of the first chorus and beginning of the second. In measure 49, Kisor quotes the melody, a device sometimes used to signal the end of a solo. Instead, he transitions into a new motive leading into the next chorus. With pickups into bar 57, he explores different groups of two notes a major 2nd apart.

Because one idea flows so clearly into the next, his phrasing, particularly with the utilization of chord tones, large intervallic movements and rhythmic motives, makes this solo seem effortless and connected.”