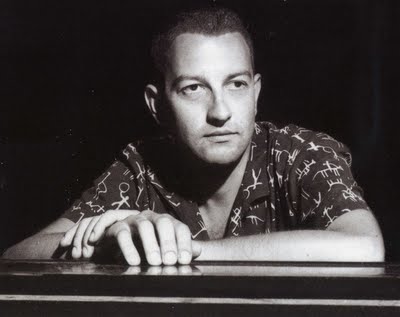 
Pianist Claude Williamson who died on July 15, 2016, really disliked the term “West Coast Jazz,” and as is indicated in the above passage in French excerpted from Alain Tercinet’s West Coast Jazz, well he should have because his music was much more broadly based than that restrictive phrase implies.


As Alain goes on to say: “Claude Williamson, does not hide his admiration for Bud Powell, dedicating a SALUTE TO BUD in his first trio album. Bud Powell’s shadow is present in the style of many Californian-based pianists: they, more than other instrumentalists, succumbed to the voice of bop.”


According to Ted Gioia in his definitive West Coast Jazz: Modern Jazz in California, 1945-1960 [As you read these passages, please keep in mind that Ted, as well as being a fine writer and music educator is also an excellent Jazz pianist.]:


“Claude was born in Brattleboro, Vermont, on November 18, 1926, and was exposed early to jazz through his father, a drummer who led a territory band in the New England states. Despite his father's background in jazz and dance bands, Claude's studies focused on classical music from the start. He began piano lessons at age seven. These continued for ten years, then Claude began full-time musical studies at the New England Conservatory of Music. In contrast to these highbrow surroundings, Williamson knew from the start that he wanted to make his career as a jazz musician: "I wanted to study theory and composition and further my work on the piano. Fortunately I had a teacher who included both jazz and classical music in my studies/'17 Sam Saxe, Williamson's teacher, was a somewhat unorthodox conservatory teacher for the 1940’s. In addition to emphasizing the mastery of keyboard fundamentals, Saxe gave Claude transcriptions of Art Tatum piano figures to be practiced in all twelve keys. In late 1946, Saxe moved to Southern California, and in February 1947, Williamson followed, not only to continue his studies but also to take advantage of the growing musical opportunities Saxe promised on the West Coast. …


Williamson continued studying with Saxe while waiting the then obligatory six months to get a Los Angeles union card. Immediately after joining the union, Williamson became pianist for the Charlie Barnet band. Barnet's ensemble was evolving into a more bop-oriented band, much like the Woody Herman Herd of the same era. Like other young musicians then joining the band—such as Bud Shank and Doc Severinsen—Williamson was increasingly drawn to the modern jazz idiom. During the two years he remained with Barnet, his piano style evolved from its swing era roots in Teddy Wilson and Jess Stacy to a more contemporary approach rooted in the innovations of Bud Powell. His best-known work with Bar-net was his piano feature on "Claude Reigns" (a punning reference to both Williamson's keyboard prowess and Hollywood actor Claude Raines).


After leaving Barnet in December 1949, Williamson served as musical director for June Christy before being drafted in September 1951. … 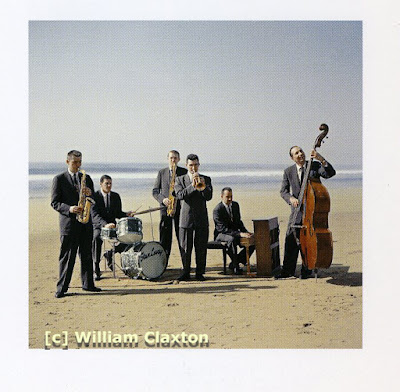 Within two weeks of his release in late summer 1953, Williamson got a phone call from Russ Freeman, who was leaving the Lighthouse All-Stars and looking for a replacement. This was musical deja vu for Williamson — here he was reunited with Barnet bandmates Shank and with Christy's husband, Bob Cooper. The Lighthouse move also provided Williamson with an opportunity to work with many of the finest jazz musicians of the day; including Max Roach, Conte Candoli, Frank Rosolino, and Stan Levey, as well as the various artists who would sit in at the Pier Avenue nightspot.


Williamson's 1955 recording tor Stan Kenton s jazz label is called, true enough, Keys West, but the trio music shows clearly the new East Coast inspiration in Williamson's playing. On "Get Happy" the pianist sounds on the brink of going out of control, like a drag racer running curves at a dangerous speed.


Few keyboardists have truly perfected this style. Bud Powell was its most noteworthy exponent (indeed, he practically invented it), but though Powell had many followers, few of them captured this aspect of his playing. They tried to play Bud's licks as precisely as possible, whereas the manic intensity of Powell's work made the apparent sloppiness in his playing part of the effect. This was feverish music that was supposed to sound ragged. Williamson more and more captured this neglected aspect of the bebop master in his later work. He, too, thrived when working in overdrive.”