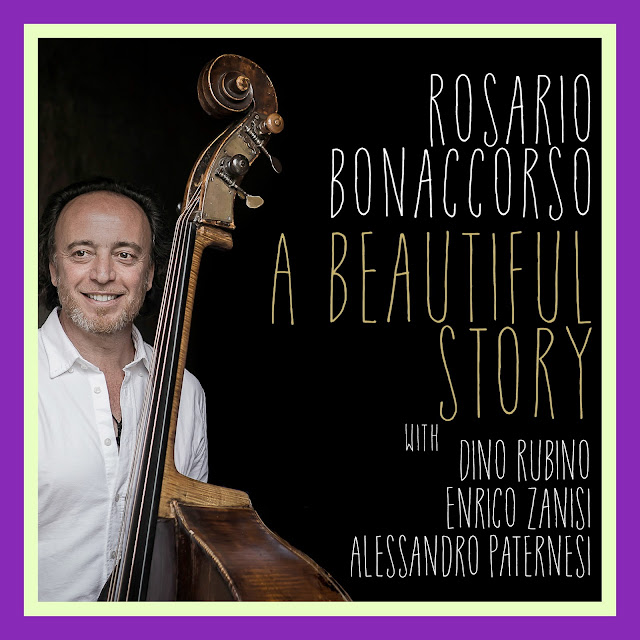 The press release that accompanies Via Veneto and Jando Music’s latest recording states that:

The twelve outstanding compositions on A Beautiful Story immediately enchant the listener with their beauty and depth. Once again, his music is smooth and powerful, and the listener is swept away into an overpowering, yet refined, intimate universe.

On this new album, the double bassist is joined by a group of acclaimed musicians: his friend Dino Rubino on the flugelhorn, Enrico Zanisi on the piano and Alessandro Paternesi on the drums. These young "lions", widely appreciated by critics and audiences on both Italian and European jazz scenes, are sensitive and mature artists and despite their young age, they boast of a rich variety of noteworthy collaborations and experiences.

There's a particular charm in the musical direction and the refined sound of this quartet, where the Italian flair for writing music is manifest, Rosario Bonaccorso representing this at its finest. With A Beautiful Story, Rosario Bonaccorso allures the listener into a sonic journey filling heart and soul, radiating the myriad of emotions in his music.”

Of course, the purpose of a press release is to impress upon the reader the benefits of the music such that the Jazz fan buys the recording.

But there is much about this description that is an accurate portrayal of what’s going on in Rosario’s latest recorded outing.

Let’s start with the musicians as they all display wonderful control over their instruments which allows them to be very expressive, both in terms of their individual solos and in the way they provide accompaniment.

Nothing is rushed on this recording; everything unfolds - beautifully. “The “beautiful story” on this disc is this totality of the music itself.

Bass players inhabit a quiet world; they bring down the volume of the music when they solo. The listener has to seek out what they are “laying down.”

Also, because the bass has to be plucked with the use of a finger [perhaps two or sometimes three depending on the technique of the bassist], bass music is made one note at a time.

As a result, there is a lot of space between the played notes by a bass, not to mention the leisurely way in which they are conveyed.

Rosario has imposed these qualities - quietude, space and an unhurried pace - to create a music on A Beautiful Story that is pleasantly reflective and sonorously alluring.

The title track - A Beautiful Story -opens with a legato flugelhorn and piano theme statement that serves as a wonderful introduction to Dino Rubino’s strikingly lush and full tone on the  flugelhorn whose smooth articulation leads into light and airy solos by Rosario and pianist Enrico Zanisi.

Come l’Acqua tra le dita has a bell like introduction played by Enrico and Rosario that unfolds into a ¾ tempo and another grand statement by Dino.

Drummer Alessandro Paternesi employs a stick-clicking, four-beats-to-the-bar device to create a Latin-feel over which the melody to Der Walfish just floats.

On Duccidu, Rosario’s big bass sound crafts a Jazz-Rock feel that is pulsating but never overpowering.

My Italian Art of Jazz uses tonal centers and tonal clusters played over a sustained bass riff that literally evaporates over a melody played out of tempo by Enrico.

The other seven tracks have more music that continues to create an introspective mood, almost to the point of allowing the listener to enter the souls of the musicians as they are creating the music.

If you like beautiful Jazz, than A Beautiful Story is tailor-made for you and you can order a copy of it at The Forced Exposure website.

Ronnie Cuber, Master Jazz baritone saxophonist, left us on October 7, 2022 and I am re-posting this piece from the archives to his memory.... 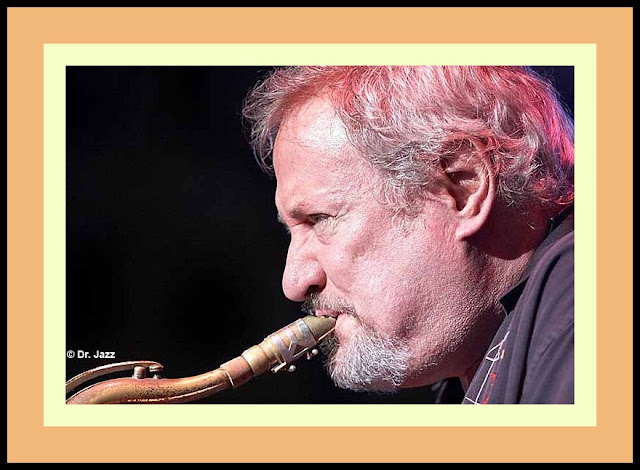