A "Voyage" with Stan Getz 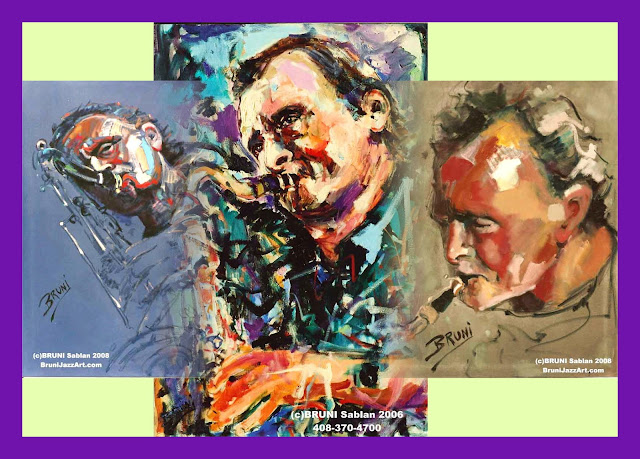 With so much of the late, great tenor saxophonist Stan Getz’s recorded music available, it is understandable that his 1986 recording Voyage on the Blackhawk Records label [BKH 51101-1-D] has gone largely unrecognized.

But while this oversight is comprehensible, it is unacceptable, at least from my perspective, as I consider it to be one of the best recordings that Stan ever made.

Mercifully, it is still available both as a CD and on vinyl so if you haven’t added it to your Getz collection, you should give serious consideration to doing so. 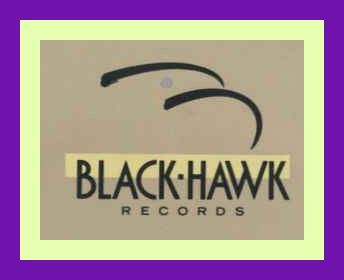 Voyage is largely an outgrowth of the time that Stan and his then quartet consisting of pianist Kenny Barron, bassist George Mraz and drummer Victor Lewis spent as part of the Artist in Residence Program at Stanford University in Palo Alto, Ca [about 30 miles south of San Francisco, CA].

The recording was made at the Music Annex Recording Studio in nearby Menlo Park, CA and features Stan and the band in peak performance after playing the six tunes that comprise the LP on an almost regular basis throughout the period of the Stanford Jazz Program residency.

The distinguished Jazz author and scholar, Dr. Herb Wong had an ownership position in Blackhawk and wrote the following insert notes which explain the significance of Voyage at this point in Stan’s career as well as its place in the Getz discography.

“A  gap of four long years has separated Stan Getz last quartet recording and this latest voyage. As one of the first magnitude stars of the pantheon of jazz. Stan carries special significance to every one of his performances, regardless of the context. The quartet, however, is admittedly his favorite environment. Logically, a new Getz quartet recording promptly generates eventful interest.

It has quickly stimulated vigorous applause from those who have had the opportunity to preview it. After recording on literally several hundred albums, reams of copy and a trail of awards, you'd think he might have reached a complacent comfort zone.

Au contraire. Stan persists in his dynamic process of improvised inventiveness, shaping the bed of creativity through his enchantingly lyrical and virile personal sound and style. It's a style on the tenor saxophone that spurs and triggers a listener's imagination to roam and to discover aural images.

Apprehension of how original ideas pop up at a given moment from the unconscious is difficult to explain. Stan's genius is perceivable as a pathway to truth and ecstatic beauty. Noted psychoanalyst Rollo May in his scholarly discourse on the nature of creativity, insists that ecstasy is the intensity of consciousness that occurs in the creative act... involving the total person. "It brings intellectual, volitional, and emotional functions into play all together." Under Dr. May's framework. Stan Getz' music, in my opinion, expresses a union of form and passion with order and vitality.

Recently I asked pianist Kenny Barron about the specialness he experienced in playing with Stan, and Kenny was quick to say. "His attitude is open to growth. Stan welcomes ideas of younger players, including new tunes." And. indeed, there is fresh literature on this album—the opener. "I Wanted to Say" is contributed by drummer Victor Lewis and there is an infectious pair by Kenny—"Dreams" and the title selection. "Voyage." Pianist Victor Feldman. who has played with Stan on a number of stints through the years, composed the lovely "Falling in Love." a perfect vehicle for the warm romanticism of Stan and his group.

Balancing original pieces are the 1939 evergreen ballad penned by Jimmy Van Heusen. "I Thought About You." and the Jerome Kern diamond. "Yesterdays." recut by Stan with some surprises that just sparkle. (Dig how Kenny Barren picks up on Stan's solo!  It's like an orchestrated thing, and it just happened at the moment; Kenny plays the Milt Buckner-inspired block chords, and they are a beautiful fit I was. as well as everyone else, knocked out by the unexpected gem.)

Speaking admirably about Kenny, bassist George Mraz and Victor Lewis, Stan asserts that "they are the kind of musicians who almost sound as if they are classically trained because everything they touch is correct. Even though they have the drive of a jazz band, they have the touch of pure classicists.

"The band is like a classical string quartet. If I had another horn, it would get in my way and it would almost be like playing arrangements. In a quartet, I'm able to phrase differently every night. I'm up there and I can freely do whatever I wish to do. And a quartet is small enough for everyone to solo; I like to hear everyone in the band solo. It's essentially a classical-jazz approach to music."

In reality, the band on this album is Stan's working band. It's plain they fit into his paradigm of empathic values. All three rhythm section mates play what's needed for each individual tune, giving to the whole. "Kenny, for instance, plays every piece, wanting to give Kenny Barron to the piece, and not make the piece Kenny Barron." notes Stan. "Like George and Victor, too. he's ego-less like the Taoist philosophy of removing all self."

Not incidentally, this quartet has been the official band Stan has been leading during his current Artist-in-Residency at Stanford University-a position from which he has been deriving much pleasure, having invested much time and expertise into the experience.

Besides concertizing on campus, he works with the university big band, a cluster of jazz combos, plus other facets of the jazz education curriculum. Residing in nearby Menlo Park, moments from Stanford's campus. Stan finds this peripheral enjoyment a part of the total positive perspective of his living. He is a veritable super folk hero on campus and in the community. As the director of the Stanford jazz ensemble, Joseph Bowen, says: "When Stan walks into class, the students are in awel"

Stan speaks through the eloquence of his horn to illustrate theoretical aspects, always with the fluid, emotional heat he brings. "My area of the curriculum is feelings. When I was asked about my reaction regarding modes in a jazz theory class. I said: 'I don't care much for modes. It's not the mode that counts, it's the mood!" Man, that is succinctness

Here. then, are four brilliant magician/musicians sharing their spiritual and organic soulfulness. delivering their messages. Personally I have had a lifetime love affair with Stan's music and emotional art. and so have countless others

One of these generalized others is Aiko Suzuki of Toronto whose striking art piece adorns the album cover. Her fan letter to Stan includes associative responses illustrating the influence of his music:

"Your artistry is compelling for so many reasons, at many levels... intense serenity ... from out of ancient lonely primeval caves to dazzlingly positive humanism ... rich and at times minimalist —hence spiritual and emotional dynamism ... you dignify our carnal spirit. . no rhetoric, clear, clean ... crystalline ... elegantly romantic and sensuous."

The music on "Voyage" will stick in your memories. It should enjoy an unlimited life span.”

—Dr. Herb Wong
You can check out the title track on the following video: