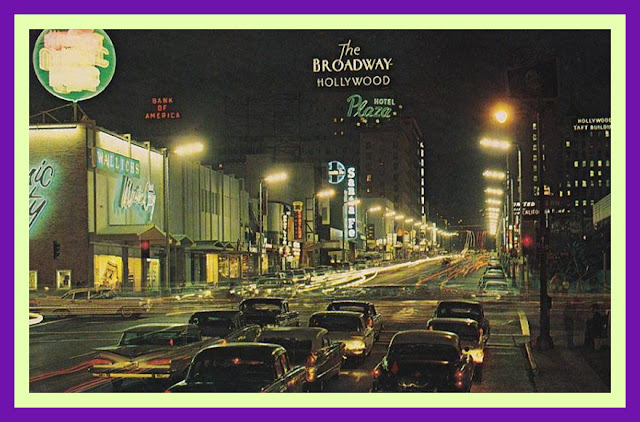 
In an age of instantaneous audio gratification via digital file downloads and ultra miniaturization made possible by compact disc machines, Mp3 players and cell phones with their ubiquitous ear buds, it’s hard for those who didn’t experience it first hand to relate to an era when 78 rpm acetate followed by vinyl 45 rpm EPs and 33 ⅓ LPs were the primary commercial source for recorded music as played on turntables hooked up to amplifiers and speaker systems.

Much of the way music is sampled today has its origins in the technological innovations of California’s Silicon Valley where computers, information and communications systems, massive data storage capabilities and a high level of entrepreneurship assisted by ready access to investment capital created revolutionary new ways to experience music.

But although one could describe music fitted onto records that had to be purchased in a retail outlet and brought home and listen to on an audio console or portable record player as pedestrian by comparison to the marvels of the age of digital file sharing, there was still a fair share of innovation going on in California back in the slide rule era of the 1950s and 1960s as regards ways to listen to music.

Which brings me to the lovely piece of nostalgia that forms this feature which was written by Alison Martino and first appeared in Los Angeles Magazine,  June 16, 2015. 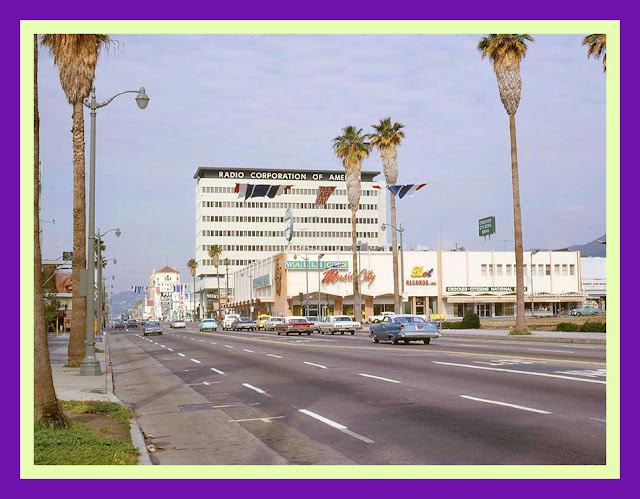 Glenn Wallichs opened the record store with his brother, Clyde, at the corner of Sunset Boulevard and Vine Street in 1940. Until Tower Records set up on the Sunset Strip 30 years later, Wallichs Music City was the place to go for concert tickets, sheet music, LPs, 45s, tapes, 8-tracks, cassettes, and musical instruments. It’s where a friend of mine purchased a double neck guitar right off the wall, and where my mother picked up an alto recorder for my second grade music class. Maybe you remember its radio and TV jingle: “It’s Music City, Sunset & Vine!”

When Glenn Wallichs co-founded Capitol Records in 1942 with singer-songwriter Johnny Mercer and songwriter Buddy DeSylva, the record label had its offices above the store. (Dot Records moved into that space after Capitol left for Hollywood Boulevard in 1956.) On their way in and out of meetings, recording stars including Bing Crosby, Judy Garland, Nat King Cole, and Eddie Cochran browsed the aisles and signed their names on their latest hits at the display counters downstairs.

But Wallichs Music City wasn’t famous only for its clientele: It had the distinction of being the first record store to seal albums in cellophane and display them in racks. Before that, customers could listen to tracks—or record one of their own, for a small fee—in tiny chambers that looked like old wooden telephone booths. 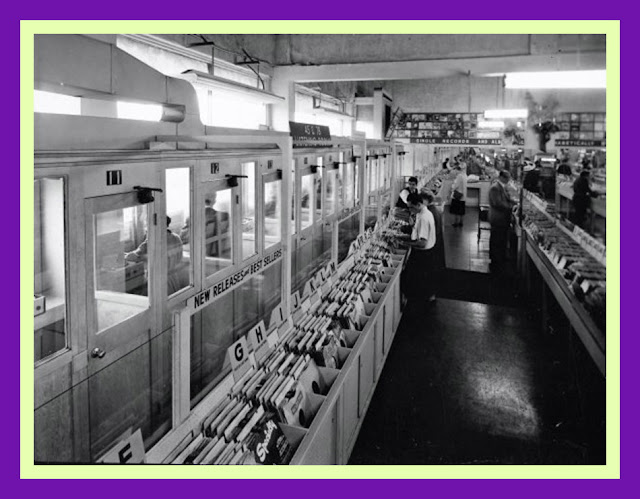 By the mid 1960s, the area around Hollywood and Vine had become a place “to cruise” and an even more popular zone for music lovers. The Lawrence Welk Show was filmed and the “Teen-Age Fair” was held around the corner at the Hollywood Palladium. Wallichs Music City kept hip hours, staying open until 2 a.m. The store was so cool, in fact, Frank Zappa worked there part-time in 1965. I would have loved to see him in his company-issued coat and tie.

Despite its following, the Wallichs Music City lost business as record chains like Licorice Pizza, Music Plus, and Wherehouse Music & Movies popped up and then multiplied in L.A.’s suburban malls. Wallichs Music City closed in 1978 and the building was razed. Today, a Walgreens stands at its former location. Just don’t go in expecting to “try before you buy.””