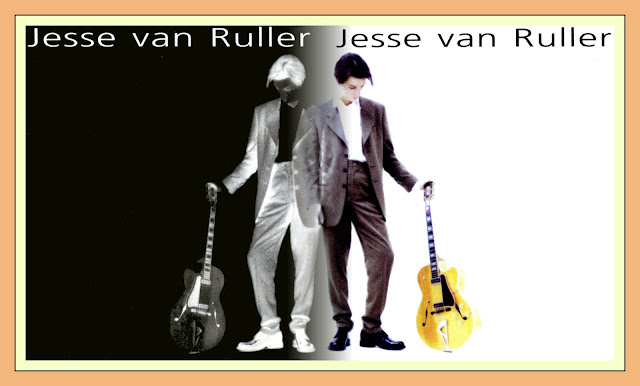 “Jesse van ruler is an old soul whose musical personality is firmly embedded in the here-and-now, he plays the lingua franca material with fresh perspective and idiomatic nuance.”
-Ted Panken, Jazz DJ and author

“While American audiences like to think they have a corner on the jazz market, there's no denying the fact that this art form native to the Unites States has also become a universal language being practiced throughout the world. One might even further suggest that there have been several key contributors to the jazz legacy who have come from foreign lands, thus leaving their own personal stamp on a music that now is multi-faceted and multicultural in scope.  From a guitarist's perspective, few would deny that European artists such as Django Reinhardt and Rene Thomas hold their own in the pantheon of jazz plectrists alongside American heavyweights such as Kenny Burrell or Wes Montgomery.

Add to the list of distinguished European guitarists the name of Jesse Van Ruller, the first non-American to win the illustrious Thelonious Monk Jazz Competition and an Amsterdam native who is beginning to perk the interest of American audiences with his original style and talents as a composer.”
- C. Andrew Hovan, Jazz author

One wonders, where does the Jazz path begin for a young guitarist born in in 1972, who grew up in Bilthoven, a small village near in The Netherlands?

Next to drums, guitar is perhaps the most popular instrument in the world.

But one would think that contemporary youngsters who are interested in popular music, grow up dreaming of becoming a rock guitarist and not a Jazz instrumentalist.

With Jazz radio and television broadcasts vanishing at hyper speed, where does a youngster even hear Jazz today? 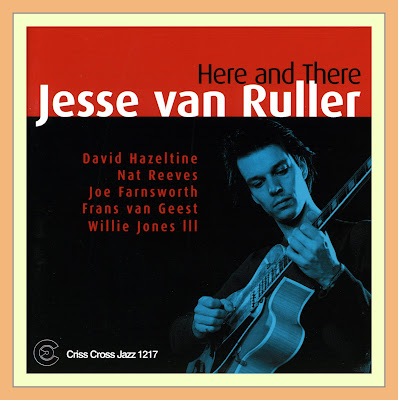 For Jesse van Ruller, his journey into Jazz began serendipitously as suggested in the title to his first Criss Cross CD Here and There [1217] and recounted by Ted Panken in these insert notes  to the recording:

"As a kid, I liked the Pop music that was on the radio, like Queen and Van Halen, and the music my parents listened to, like Fleetwood Mac, the Stones, the Beatles and Bob Dylan," Van Ruller relates. "When I started playing guitar, it was Classical first. I started electric guitar at 11, and started improvising a little bit, without the harmony, but on one chord most of the time. When I was 14 and heard George Benson, who plays jazz harmony, but in a Pop way that I understood and was used to, I loved it immediately.

The jazz aspect was completely new and mysterious to me, the notes he played were so different than the notes you heard from Rock players, and I wanted to figure out how it worked.

Then I found out about John Scofield, and went to the library and borrowed Still Warm.  It was a new world. From that moment, it took me and it's never let me go."

The aspirant gobbled up guitar vocabulary, paying close attention to iconic recordings and occasionally traveling from Bilthoven to nearby to hear local guitarists. "I never got into transcribing much," Van Ruller says. "I listened, and then figured things out by ear, not in a systematic way, but more playful, trying this and that.

"I don't think I play like John Scofield, but he was my bridge from Pop music to Jazz. Probably what I liked so much about him was the dissonance of his lines, and the way he phrases; he sounds like a saxophone player to me, which is something I've always wanted to get.

Then I read an interview where Scofield mentioned other guys, older guitarists like Jimmy Raney and Wes Montgomery, and also Pat Martino and Pat Metheny, whom I didn't know at that time. So I went to the library and found some of their records.

"Wes Montgomery is like our godfather for his unparalleled groove. Jimmy Raney was probably the first guitarist I heard who was not a Fusion or Jazz-Rock player; I love the way he outlined the harmony so tastefully within his very melodic lines. And Pat Martino was a huge influence in terms of emphasizing notes or accents in lines and playing dynamically. 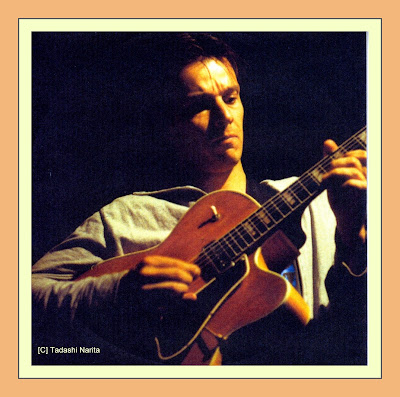 "When I got to the Hilversum Conservatory, I discovered Peter Bernstein, who is now a friend. I got a lot from hearing how he treated the tradition, taking the whole background of Wes Montgomery and George Benson and Pat Martino, and making his very own voice. He confirmed that it was possible for someone closer to my age to play in the tradition, but still make your own music, have your own sound. Where I was learning, everybody had to play at least Fusion, everything new was cool, but you were considered old-fashioned and boring for liking music that had been played before, and it was hard to dare to play it.  Peter gave me hope."

During conservatory years, Van Ruller developed his talent with a vengeance. Not long after his 1995 graduation, a friend (the singer Fleurine, who brought him to that year as a sideman on a record with Christian McBride, Ralph Moore and Tom Harrell) urged him to attend that year's Thelonious Monk Competition, which he entered and won, the first European to earn the prestigious prize.

"It had a big impact on my career," Van Ruller acknowledges. "I had a lot of press attention in ; it was quite special for a Dutch guy to win a competition like that. From that moment on, I made records, and I played a lot."

As you can see, for someone of his generation, it was more a matter more of good fortune and lucky associations that helped Jesse discover the secrets of Jazz.

Jazz fans of all ages are certainly a major beneficiary of Jesse’s voyage of self-discovery.

Jesse is the resident guitarist with the Amsterdam-based, Jazz Orchestra of the Concertgebouw, and he and this excellent big band perform his original composition The Secret Champ on this closing video.