QUINCY JONES AND HIS ORCHESTRA LIVE IN LUDWIGSHAFEN 1961 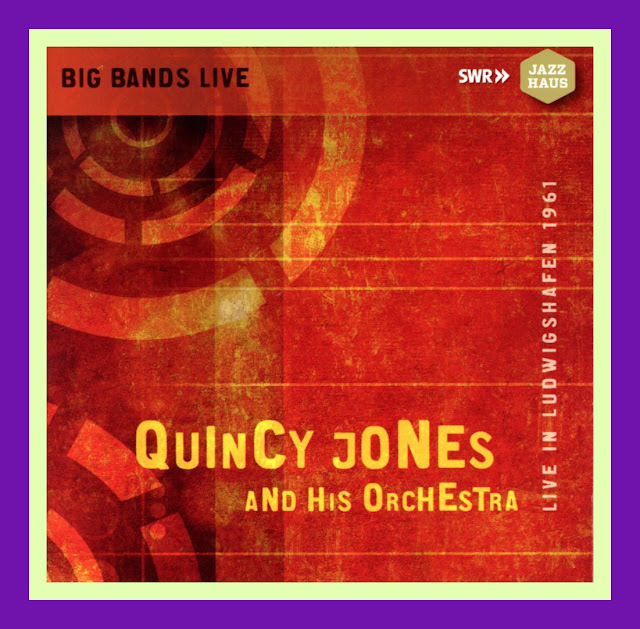 Quincy Jones has achieved such an iconic status over the years that many people are not aware of the fact that his early years in the music business were mostly involved with big band Jazz.

Of course, Quincy quickly learned the lesson contained in the old adage - “If you want to make a million dollars playing Jazz, start with two million!” - and moved himself into more commercially profitable endeavors such as writing scores for TV shows and movies [he eventually wrote the music for 33 major movies] and, ultimately, becoming a record producer responsible for the mega hits of Lesley Gore and Michael Jackson and many other Rock and Pop stars.

Ironically, Quincy had his greatest successes, and failures, leading his big band in Sweden and France where Jazz was very popular in the years following the close of World War II. But Europe was also the source of much heartbreak for the man who today is lovingly called “Q.”

Quincy soon realized that we learn more from our failures than from our successes because we take the latter for granted but examine the former with greater attention.

Or as he put it: “We had the best jazz band on the planet, and yet we were literally starving. That's when I discovered that there was music, and there was the music business. If I were to survive, I would have to learn the difference between the two.”

However, before he moved on, he took his orchestra to Germany for a concert at the Ludwigshazen Pfalzbrau on March 15, 1961. The concert was produced and recorded by Joachim-Ernst Berendt and has recently found its was as a CD reissue on the SWR-JazzHaus Label under the title QUINCY JONES AND HIS ORCHESTRA LIVE IN LUDWIGSHAFEN 1961 [JAH-455]. 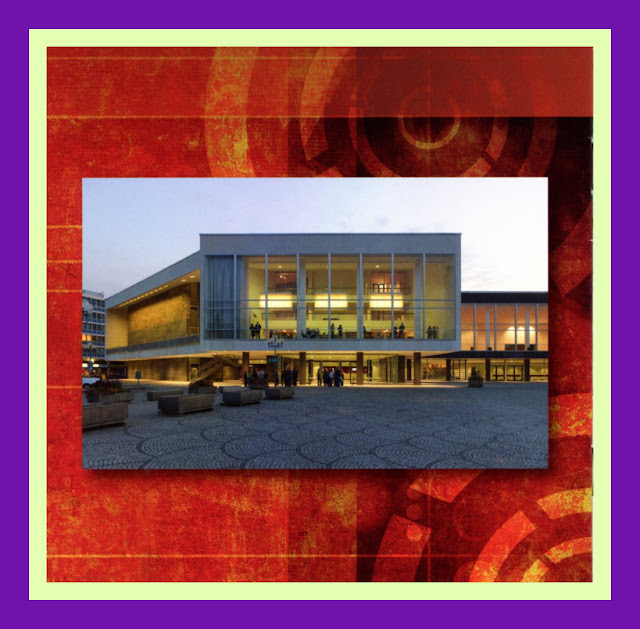 “The first attempt to work with a big band went awry. Quincy Jones had met Lionel Hampton; the fifteen-year-old greenhorn was already sitting in the tour bus when the wife of the bandleader discovered him and sent him home again. Soon thereafter, however, he was allowed occasionally to collaborate; five years later he was a member of the band and was learning every evening what it means to put on a good show. And he proved himself. His boyhood friend Ray Charles had taught him the basics of arranging; in Dizzy Gillespie's orchestra he deepened his skill. Soon Quincy was working as composer, arranger and trumpeter for Dinah Washington, Betty Carter, Ray Charles and Billy Eckstine. And he travelled often to Europe, studied with Nadia Boulanger, become acquainted with Frank Sinatra in Monaco, produced recordings with Sarah Vaughan.

In 1959 finally he put together an orchestra for the musical Free And Easy. The show played until February 1960 in Utrecht, Amsterdam, Brussels and Paris. At the end of the engagement, Jones decided to carry on with the orchestra. For ten months he toured Europe; gradually it became evident that the ensemble could be held together only with difficulty. Including entourage, thirty-three people had to be provided for and money was scarce, even though at this time arrangements by Jones for Ray Charles made it into the hit parade. In the end Jones amassed a debt of $145,000.

He borrowed money, had to sell his music publishing house [which later he bought back for almost ten times the price], and so in 1961 the offer of his old friend Irving Green to start as a producer for Mercury records came just at the right time. Two years later he helped the singer Lesley Gore achieve with her It's My Party her first No. 1 hit. In 1964 he was the first black A&R vice-president of a record label. By then his orchestra had long been history.

And had also written a bit of history. The concert in July 1961 at the Newport Jazz Festival became known, and before that the orchestra was again travelling in Europe. The recording of the concert on 10 March in Zurich appeared with Mercury Records under the title The Great Wide World Of Quincy Jones: Live! and contained a sample of his repertoire.

The Quintessence [1961] is more or less the epilogue to this project. And Live In Ludwigshafen now allows further insight into the artistic inner life of Jones' superb and uncommonly vital orchestra. The team consisted of a number of young luminaries of the time: trumpeters such as Freddie Hubbard and Benny Bailey, saxophonists such as Sahib Shihab. The programme included evergreens like Summertime and compositions like Stolen Moments that were to become such. The mood on stage was relaxed, if only because the orchestra was hailed in Europe as a groundbreaking big band. There are experts who believe that this short phase was for Quincy Jones his best as a jazz musician. Live In Ludwigshafen only lends support to this judgement.