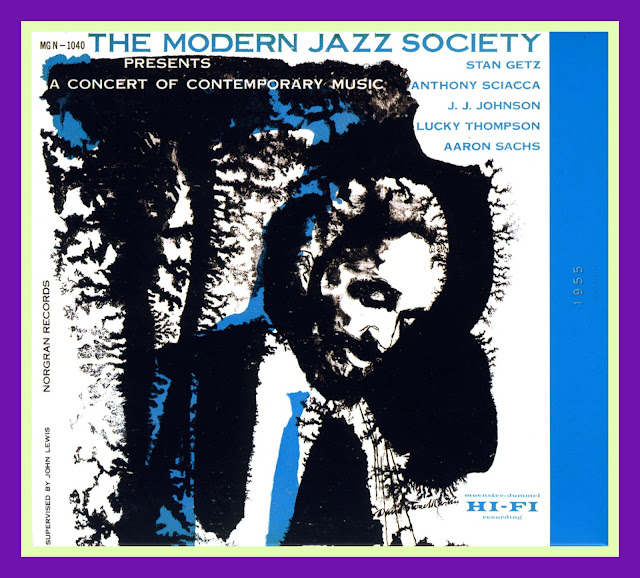 One of my Jazz buddies suggested that I develop a blog feature on Third Stream music and I thought it might be particularly appropriate to do so following our recent features on the Neo-Classical postings associated with Paul Desmond and John Lewis, especially because the latter was heavily involved in the early development of the Third Stream Movement along with Gunther Schuller.

To accommodate my friend’s suggestion, once I started digging into the Jazz literature on the subject, I decided to develop not one but three pieces on the topic, hence the title of this posting.

Let’s start with a definition of terms so that we are all on the same page as to what constitutes Third Stream music.

And what a better place to start than with an explanation by one of the movement’s founders, Gunther Schuller, who wrote the following detailed description for Barry Kernfeld, editor, The New Grove Dictionary of Jazz.

“Third stream” is a term coined by Gunther Schuller, in a lecture at Brandeis University in 1957, for a type of music which, through improvisation or written composition or both, synthesizes the essential characteristics and techniques of contemporary Western art music and various ethnic or vernacular musics.

At the heart of this concept is the notion that any music stands to profit from a confrontation with another; thus composers of Western art music can learn a great deal from the rhythmic vitality and swing of jazz, while jazz musicians can find new avenues of development in the large-scale forms and complex tonal systems of classical music.

The term was originally applied to a style in which attempts were made to fuse basic elements of Jazz and Western art music -the two mainstreams joining to form a "third stream."

Since the late 1950s the application of the term has broadened, to encompass fusions of classical music with elements drawn not only from Afro-American sources but also from other ethnic musics, such as Greek folk and popular music, and Sephardic, Armenian, Japanese, and Hindu traditional music.

The third-stream movement attracted much controversy and has often erroneously been allied with the SYMPHONIC JAZZ movement of the 1920s; symphonic jazz, however, lacked the essential element of improvisation.

Other critics have seen the movement as an inevitable outcome of postwar eclecticism and stylistic and technical synthesis. Third stream, like all musical syntheses, courts the danger of exploiting a superficial overlay of stylistic exotica on an established musical idiom, but genuine cross-fertilization has occurred in the work of musicians deeply rooted in dual traditions.”

My first exposure to Third Stream Music came as a result of a chance finding of a used Verve-LP entitled The Modern Jazz Society Presents A Concert Of Contemporary Music [Verve 559827-2 ].

It was recorded in March of 1955 and the CD reissue received the special token of merit award in Richard Cook and Brian Morton’s The Penguin Guide to Jazz on CD, 6th Ed. Here’s their evaluation of the recording after which you’ll find a suggested discography and bibliography should you wish to pursue the topic of Third Stream music more fully on your own. [I’ve also appended a video montage featuring the Modern Jazz Society’s performance of Django to the end of this piece.]

“One of the great forgotten masterpieces of the 1950s, this brilliant date is still available only as a limited-edition reissue in Verve’s Connoisseur Edition.

Collectors are advised to snap up any copies they see, although it's disgraceful that this classic should not be more easily available. The Modern Jazz Society was an initiative by Lewis and Schuller to present new works and new arrangements, broadly in the 'Third Stream' vein which Schuller encouraged. Lewis was only the supervisor of the original LP, but new discoveries - a rehearsal of a previously unheard J.J Johnson piece Turnpike and a run-through of Queen's Fancy - find him at the piano.

The five principal pieces are all Lewis compositions, and they are among the finest treatments of Little David's Fugue, Django and Queen's Fancy ever set down.

Django, with its final coda taken at the stately pace of a cortege, is so bewitching that it can silence a room. Midsommer, which has not been performed or recorded in the intervening 45 years, is a gorgeously evocative piece. The arrangements and ensembles are intoxicatingly beautiful, but there are also the most handsome solos by Stan Getz, J.J. Johnson and Lucky Thompson - the latter especially reminding us how poorly he was served by most of his recording opportunities.”

A large number of third-stream works have been published by Margun Music; others have been issued by such publishers as MJQ Music, C. F. Peters, and Cireco Music. See aho FORMS, §4.