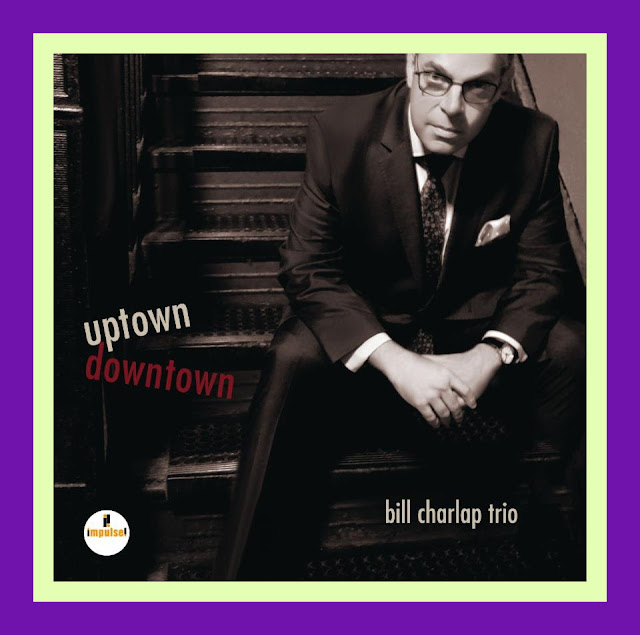 The following appeared in the December 18, 2017 edition of the Wall Street Journal.

To my ears, Bill Charlap has been a consistently brilliant performer who places great emphasis on finding new and different ways to express his pianism in the Great American Songbook such that these familiar melodies take on an entirely new melodicism.

Over the past three decades, I’ve always looked forward to Bill’s latest CD to hear what he’s been up to as he refashions many of my favorite songs and also introduces me to many new ones from the canon that was American popular music throughout most of the 20th century.

Here’s the distinguished Jazz author and critic Terry Teachout’s view on what makes Bill’s approach to Jazz interpretations of the Great American Songbook so unique.

“Jazz pianist Bill Charlap takes on standards and the obscure, playing with a warmly singing tone.”

“Will jazz ever become popular again? I claimed in this space eight years ago that “the audience for America’s great art form is withering away.” I still fear for jazz, though I also believe (as I did then) that it remains creatively vital. The problem, I argued, was that its transformation from a dance-based popular music into “a form of high art…comparable in seriousness to classical music” inevitably alienated many once-loyal listeners, who turned instead to less complex, more immediately engaging styles of pop music. The result was deftly spoofed in a “Simpsons” episode that poked fun at KJAZZ, a fictional radio station whose slogan was “152 Americans Can’t Be Wrong.”

That’s why it’s such good news that younger jazz musicians like Robert Glasper, Ethan Iverson and Kamasi Washington are integrating today’s pop-music styles into their playing, just as Miles Davis, Gary Burton and Pat Metheny assimilated rock in the ’60s and ’70s. But postmodern fusion isn’t the only way to expand the jazz audience. Jazz instrumentalists can also follow the hugely successful example of singers like Diana Krall by embracing the American songwriters of the pre-rock era, whose appeal remains undiminished to this day. That’s what Bill Charlap does — and nobody does it better.

Born in 1966, Mr. Charlap played piano for Gerry Mulligan and Phil Woods before starting his own trio in 1997. Today he’s a major name in his own right, touring constantly (he’ll be performing in Boston; Sarasota, Fla.; Tokyo; and Tucson, Ariz., in January) and cutting an album a year. “Uptown, Downtown” (Impulse ), his latest release, came out in September to universal acclaim. His admirers include Tony Bennett, who tries to poke his head into New York’s Village Vanguard and sing a song or two whenever Mr. Charlap is in residence there, and Maria Schneider, jazz’s top composer-bandleader, who once described him to me as “one of the few mainstream pianists out there who really moves me — he plays standards with such love and honesty.”

That’s Mr. Charlap’s trademark. He quarries the Great American Songbook for gems, some familiar (“The One I Love Belongs to Somebody Else,” “There’s a Small Hotel”) and others obscure. “Uptown, Downtown,” for instance, is named after a Stephen Sondheim tune that was cut from the score of “Follies” before it opened on Broadway in 1971. He comes by his taste for standards honestly: Moose Charlap, his father, wrote the score for Jerome Robbins’s “Peter Pan.” At the same time, his jazz pedigree is impeccable, and he has an identically sharp ear for overlooked jazz originals like Jim Hall’s “Bon Ami” and Mr. Mulligan’s “Curtains.”

No matter what Mr. Charlap plays, he does so with a warmly singing tone that puts you in mind of the noted vocalists whom he likes to accompany whenever his crowded schedule permits (one of whom, Sandy Stewart, is his mother). It’s no surprise to learn that he knows the lyrics to every song in his vast repertoire. His pellucid balladry, especially at the super-slow tempos that he relishes, is nothing short of exquisite—but whenever he dives head first into an up-tempo flag-waver, he leaves you in no doubt of his ability to swing hard. And while he doesn’t flaunt his technique, Mr. Charlap uses every inch of the keyboard with miraculous facility, popping lower-than-low bass notes with his left hand in much the same way that a drummer might kick a big band into high gear with his bass drum.

Ask Mr. Charlap what piano trios of the past he admires most and he’ll likely mention the ones led by Bill Evans, Ahmad Jamal and Oscar Peterson. All three have left their mark on his bright, airy style, but it is the group that Mr. Jamal led from 1957 to 1962 that his own trio evokes most strongly (though never derivatively). Mr. Jamal specialized in an immediately accessible brand of supper-club jazz, mixing tried-and-true standards with jazz originals to crowd-delighting effect. Yet his uncluttered pianism was so arrestingly fresh that Miles Davis, the foremost jazz innovator of his generation, instructed his own keyboard men to “play like Ahmad.”

“The best you can do as an artist, what you ought to do, is be yourself, here and now,” Mr. Charlap once told me. “If that self is avant-garde, so be it. But maybe who you are is something else.” Well, he’s definitely something else: a user-friendly jazz master whose smart, imaginative playing gives equal pleasure to musicians and nonmusicians. After following his career closely for the past decade and a half, I now rank him as my favorite living jazz pianist—one whose well-deserved success fills me with hope for the future of the great American art form.”

—Mr. Teachout, the Journal’s drama critic, writes “Sightings,” a column about the arts, every other week. Write to him at tteachout@wsj.com.