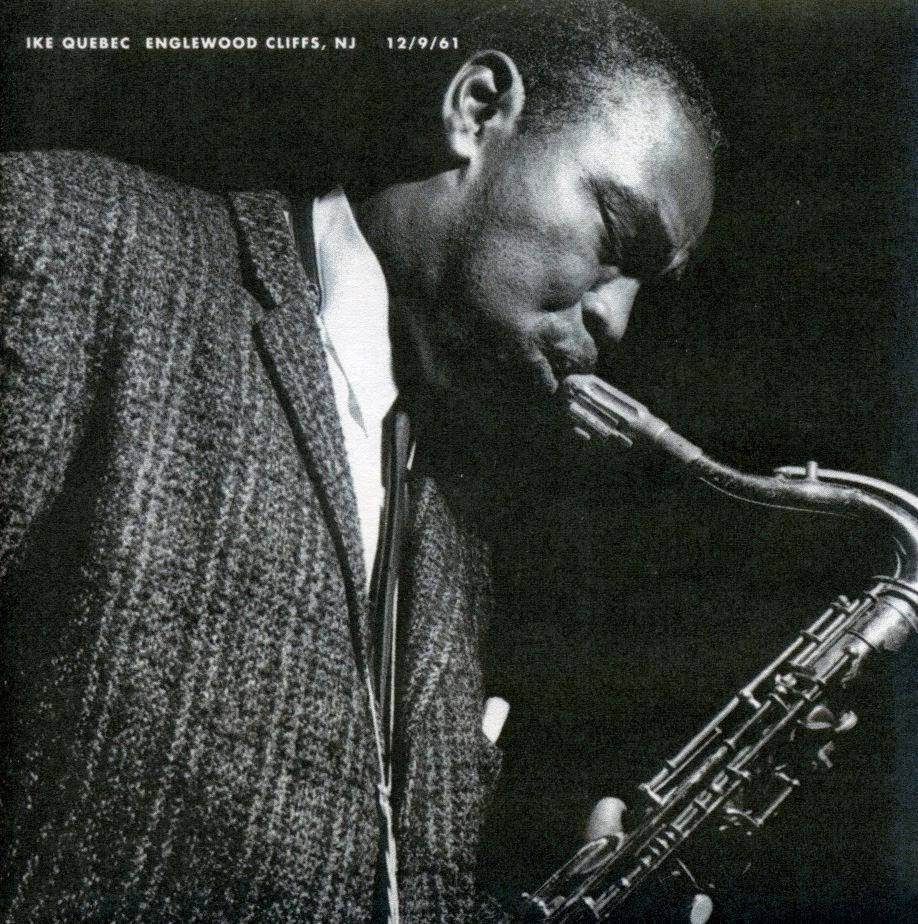 Alfred Lion and his partner Francis Wolff pretty much had fairly set beliefs regarding the music they recorded for their now iconic Blue Note Records label, but, from time to time, they allowed a few. select associates to offer guidance and direction.

One of the key influences on the company's movements was the presence of Ike Quebec. Just as Quebec had sidled Thelonious Monk into Lion's hearing a decade and a half earlier, so he began a significant involvement with the next wave of Blue Note artists. Perhaps his most important move was to assist in bringing to the label one of his contemporaries, the giant, wayward tenor saxophonist Dexter Gordon . Thirty-eight years old when he made his Blue Note recording debut on May 6, 1961, Gordon was emerging from a wretched spell. Ira Gitler's sleeve note for the album, Doin' Allright, is discreet: “Veteran listeners will certainly remember him but younger fans probably will not although he was intermittently active during the Fifties.” Gordon had served two separate prison terms during the previous decade, and had hardly figured in the recording studios. Pensive but swaggering, the record is close to a Blue Note classic.

Gordon was an anachronism for the Blue Note of the sixties, akin to Sidney Bechet and George Lewis recording for the label in the fifties. Ike Quebec's patronage of the artist was perhaps born of a sentimental affiliation which has been mirrored in the critical reaction to the recordings ever since. Next to Quebec's own sessions for the label, Gordon's albums can sound almost tame.

Ike Quebec had himself matured into a musician of almost apologetic grandeur. He was five years older than Gordon, and his tone and delivery were less affected. With no real career or reputation to speak of, his records garnered little attention, yet remain enormously satisfying examples of Blue Note's releases in the period.

As with several of the most artistically successful of Blue Note's roster - Andrew Hill, Wayne Shorter, Larry Young - Ike was untypical of many of his colleagues. He was one of the oldest leaders to record for Blue Note in the sixties and basically belonged to a generation before his label peers. He would not have been out of place with such Count Basie sidemen as Eddie Lockjaw Davis, but there were threads in his style which would anticipate the soul-jazz movement of the sixties.

Even his album titles - Heavy Soul, Blue And Sentimental - suggest a truce between those old and new approaches. They were unambitious records, filled with standards and blues, and the most striking thing about them is the preponderance of slow tempos: most Blue Notes were upbeat for most of the time, but Quebec took a different path. 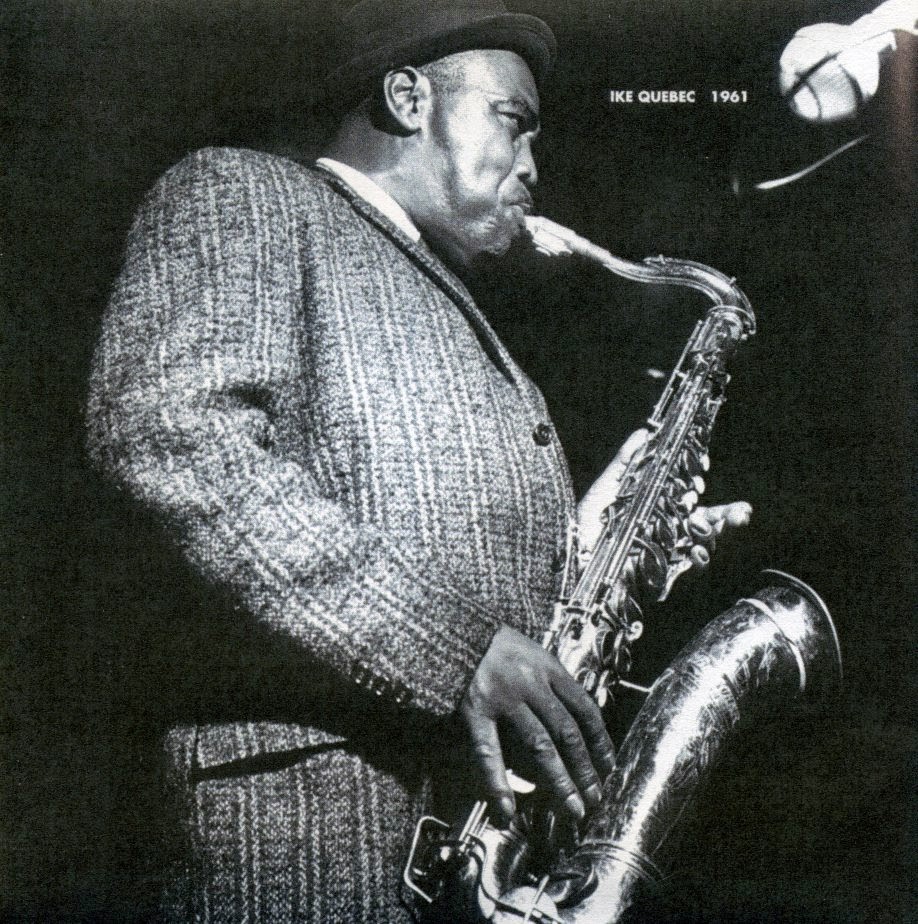 When he cut a few singles at his return session in 1959, Lion saw them “as a sort of trial balloon, and I was delighted to find not only that many people still remembered Ike, but also that those who didn't know him were amazed and excited by what they heard. So recently I decided to jump into a full album session with new material to give Ike a complete new start.”

Some of that sounds like record man's banter, and it did take well over a year before Lion booked Quebec for another full session. But the resulting record, Heavy Soul, is a superb vindication. Although they used an organist, Freddie Roach, rather than a pianist, they still had Quebec's old friend from the Cab Calloway band, Milt Hinton, on bass, with Al Harewood on drums given little to do other than tick off the time. The leader chose some old-fashioned material: I Want A Little Girl, The Man I Love and even Brother Can You Spare A Dime. The minor Acquitted is an interesting original. But the power is in the playing.

Roach is used sparingly, almost as a colourist, and he frequently drops out altogether. There's lots of space and air around the solos and Quebec plays the ballads at not much above a crawl. Yet the fat, sometimes bleary tone carries a suggestion of strength in reserve along with the gutsiness of the improvising. Only days later, the same team returned to cut It Might As Well Be Spring, and repeated the trick. Ol' Man River sees Quebec rather lose himself in formula R&B riffs, but elsewhere the authority goes hand in hand with a certain desolation - Willow Weep For Me is a very bleak reading. A week later, with a different line-up (guitarist Grant Green, Paul Chambers and Philly Joe Jones), Lion recorded what might be Quebec's masterpiece, Blue And Sentimental. The title song opens the record at a desperately slow tempo, and though Like offers some uptempo relief, most of the session is deep, deep blue. Somehow, Quebec gets through it without sounding tired or overweight, the deadly flaw of so many ballad-oriented records.

Quebec cut six more sessions in 1962, but only one was issued at the time, Soul Samba, a Latin-coloured session which suited him surprisingly well (he admired Stan Getz, though he sounded nothing like him, and some of this material was the kind of thing Getz was about to take on so successfully). A date in January with Bennie Green and Stanley Turrentine was something of a potboiler (and was eventually released as Congo Lament in 1980) and another ballad-oriented session with an undistinguished group was similarly held back by Lion. On January 16, 1963, though, Ike Quebec succumbed to lung cancer. Lion, who had grown close to the saxophonist, was deeply affected by his passing. His brief sequence of albums is a memorial which should be far better known and acknowledged, hence the reason for this piece.

[Quebec was not the only casualty of that month. Pianist Sonny Clark died a few days later.]

The following video tribute features Ike on Blue and Sentimental along with Grant Green on guitar, Paul Chambers on bass and Philly Joe Jones on drums.