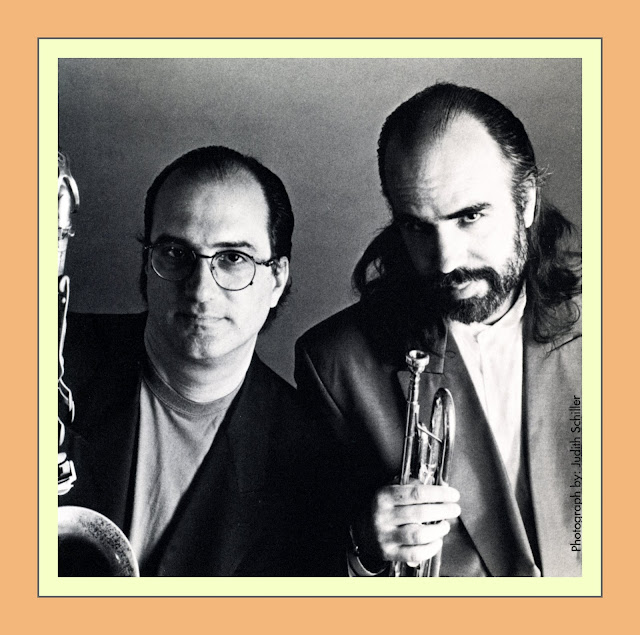 Although he wrote this for the version of Michael Brecker’s tune African Skies that appears on Michael’s Tales from the Hudson CD [Impulse! IMPD – 191], Ralph Miriello’s annotation might just as easily apply to the version of the tune on the soundtrack to the following video tribute to The Brecker Brothers.

“In this Michael Brecker composition, we find a wonderful example of how creatively arranged instrumentation played by sympathetic and talented musicians can paint a sonic landscape that transports the listener to any exotic destination. The song starts with a rhythmic bottom that could easily have been taken from an indigenous African tribal celebration.”

The Brecker Brothers, Michael and Randy, came of age at a time when various forms of Jazz-Rock fusion were the norm rather than the exception.  As a result, blending and expanding the synthesizing of these musical forms was an essential part of their musical expression.

Another “new” development that found favor with Michael and Randy was the use of electronic instrumentation in their music, whether it was through the use of pick-ups attached to Michael’s saxophones or Randy’s trumpet, of Michael’s performances on the EWI [electronic wind instrument] or their use of keyboard synthesizers or drum machines.

It’s all on display in the following video. Just open up your eyes and ears a bit and allow yourself to be transported to the Jazz world of The Brecker Brothers with its complex rhythms and tonalities, electronic instruments and effects and recording processes marked by technical wizardry.

Be careful, though, while trying to tap your toe to it.