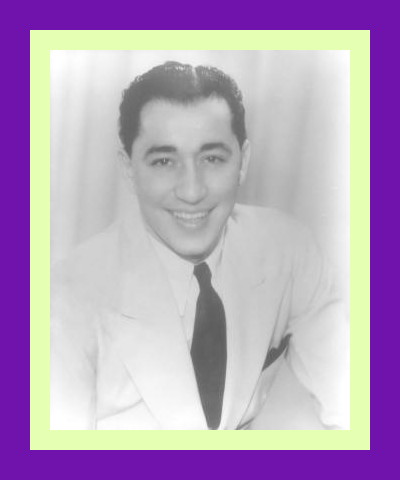 “The three greatest early jazz musicians to have recorded extensively, Louis Armstrong, Sidney Bechet, and Jelly Roll Morton, have all testified to the influence of opera and, in Morton's case at least, other forms of concert music in the formation of their styles.

As Joshua Berrett has shown (Musical Quarterly, Summer 1992), it was from opera singers that Armstrong learned the high-flown bravura style that set him apart from the simpler and more straightforward New Orleans cornetists trained solely in the brass band tradition. Moreover, he interpolated in many of his recorded solos passages from favorite operatic arias and ensembles. Among the first records he acquired, as a teenager, were ones by Caruso, Tetrazzini, and Galli-Curci.

Such slightly younger New Orleans cornetists as Sharkey Bonano, Wingy Manone, and Louis Prima have often been singled out as disciples of Armstrong — which they surely were. But it has been suggested that some of the similarities between their playing and his may be due to the fact that their Italian heritage gave them easy access to the same operatic music that influenced him, as well as to Neapolitan songs and salon music.”
- William H. Youngren, The European Roots of Jazz in The Oxford Companion to Jazz, Bill Kirchner, ed.

“The Famous Door had swung open the previous February. The first band to work there was led by the trumpet player Louis Prima, who had recently arrived from New Orleans. Prima was, in those days, a very good jazz musician, but he was also an extremely entertaining performer, peppering his sets with a lot of amusing jive vocals and good-humored patter. (In his later years he became king of the Las Vegas lounge acts.) To the consternation of the musicians and jazz purists in the audience, Prima's effusive showmanship soon began drawing crowds of big spenders who were less interested in his improvising than in his comedy. But they turned the Famous Door into the hottest club in town.”
- Ross Firestone, Swing,Swing,Swing: The Life and Times of Benny Goodman

“For New Orleans musicians, especially, showmanship was—and remains—a fact of life. Was it not Louis Armstrong, above all, who understood the relationship between music and entertainment, and never wavered in his application of it, even in the face of critical hostility.”
- Richard Sudhalter, Lost Chords: White Musicians and Their Contribution to Jazz, 1915-1945.

Trumpeter, bandleader and showman/entertainer Louis Prima was the original “Louie Louie” before the character by the same name was enshrined in the famous rock ‘n roll song.

He was born Louie Loui in New Orleans, LA into a family of Italian immigrants on December 7, 1911

He taught himself trumpet (1925) and began performing in various bands based in New Orleans.

“Though Louis Prima recorded widely and well throughout the '30s, achieving great popularity and visibility, his name is often conspicuous by its absence from standard jazz histories. Dealing with him seriously means confronting one aspect of New Orleans jazz which chroniclers, almost as a point of honor, seem to find distasteful.

That, of course, is the matter of showmanship. The flamboyance of Prima's latter career, in which his identity as a trumpeter became almost totally subordinate to his role as a high-energy showman, seems to offend those who would represent jazz as an art music of solemnity and unstinting high purpose. The Las Vegas image, the raucous sound of Sam Butera and the Witnesses, the risque badinage with singer Keely Smith — such make it all too easy to mistake this showbiz aspect of Prima for the creative substance, ignoring his past achievements and core musicianship.

Far from being exclusive to such as Prima, the idea of hot music as an arm of highly commercialized show business runs throughout the early years. It's present in the singing, dancing, and impromptu comedy skits of the dance bands, including those that prided themselves on their dedication to jazz. Its absence is a root cause of the failure of the great Jean Goldkette orchestra, an ensemble which either stubbornly resisted advice to "put on a show" or acquiesced in a manner landing somewhere between perfunctory and downright hostile.

For New Orleans musicians, especially, showmanship was—and remains—a fact of life. Was it not Louis Armstrong, above all, who understood the relationship between music and entertainment, and never wavered in his application of it, even in the face of critical hostility.

"You'll always get critics of showmanship," he told British critic Max Jones. "Critics in England say I was a clown, but a clown — that's hard. If you can make people chuckle a little; it's happiness to me to see people happy, and most of the people who criticize don't know one note from another."

Prima, in common with his two hometown friends Wingy Manone and Sharkey Bonano, accepted — as had Nick LaRocca before them — that they were, above all, entertainers; they might now and then get together for their own enjoyment, and even (as in the case of the 1928 Monk Hazel titles) make music to suit themselves.

But where the public was concerned, the paying customers always came first. By his own lights, and by the laws of the box office, Prima was doing what he properly should be doing, and with resounding success. It is only regrettable that the nature of his fame in later years has drawn attention away from his skills as one of the most accomplished, often thrilling, of New Orleans trumpet men.

He arrived in New York in 1934 and right away landed a job at the Famous Door, a 52nd Street club popular with—and owned by—musicians. At first Sidney Arodin was his clarinetist, but when Arodin left to work with Wingy elsewhere in town, his replacement was Pee Wee Russell, who'd played with Louis's elder brother Leon (also an excellent trumpet player) in a Texas band headed by pianist Peck Kelley.

Things started happening. Broadway columnist Walter Winchell took note. The little band was featured on a coast-to-coast CBS radio hookup. Society folk, ever on the lookout for novelty, ''discovered" Prima. He fit the role admirably, dispensing an early form of the high-voltage fare which was still sending the customers into orbit twenty years later at Vegas and Tahoe.

Critics, predictably, couldn't resist sniping: the formidable John Hammond, while praising Russell, complained that Prima "persists in playing identical solos night after night"— this from a man who never complained when Billie Holiday sang the same predictable embellishments for three decades. Another commentator found Prima performances to be "all on one level."

Whether or not that was so, audiences hardly seemed to mind. The Famous Door did turn-away business—and provided inspiration for a cluster of other tiny places that began opening along "Swing Street." Executives of the American Record Co., clearly viewing both Prima and Manone as potential competitors for Louis Armstrong, signed them both, the former on Brunswick, the latter for the thirty-five-cent Vocalion label alongside fellow — Crescent City trumpeter Henry "Red" Allen.

Between September 27, 1934, and July 17, 1937, Louis Prima recorded some fifty-four titles, mostly backed by small jam groups. What strikes the listener now is the overall excellence of the bands (Pee Wee is the clarinetist on some, with Arodin, Weinberg, and Eddie Miller on others), the ease with which Prima handles a wide variety of material — and the incendiary brilliance of his trumpet work. Again and again, he fires off compelling, technically assured solos, fluent throughout the entire range of the horn.

Prima, for all his gaudy ways, stands up well. There's no denying the pervasive Armstrong flavor, but what's refreshing here is how freely he's able to work within that vocabulary. There are moments, particularly when he descends into his low register, when his figure shapes and sense of drama recall those of Bunny Berigan.”

Louie has long been one of my favorites Jazz musicians from the heyday of Jazz in New Orleans and its early development in New York City.