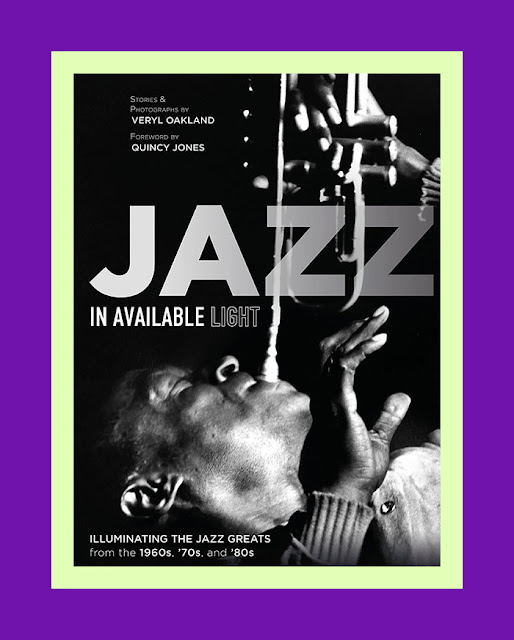 Another of the holiday gifts received by the editorial staff at JazzProfiles is Very Oakland’s Jazz in Available Light and while we prepare a blog feature about this magnificent set of Jazz photographers here’s a preview of coming attractions from Phillip Lutz which appeared in the December 2008 edition of Downbeat with you.


“From   the 1960s  through the  '80s, Very! Oakland wielded his camera the same way an improviser might his axe — snapping photos of jazz musicians in the moment, with only his wits, experience and the stimulation of his environment to guide him.


The photos, an invaluable contribution to the history of jazz, were stored in what seemed like a secure spot in Oakland's home in Sacramento, California. Then, in 1990, a flood engulfed the home, damaging priceless negatives and prints.


"I had pretty much written the whole thing off as a lost cause," Oakland said. "It took me 20 years to get out of the funk."


But that he did. In 2010, with the encouragement of his daughter, he began the painstaking work of sifting through what remained. In the process, he discovered a treasure trove of salvageable material that he has compiled in a beautiful, 9- by 12-inch coffee-table book titled Jazz in Available Light (Schiffer) www.schifferbooks.com


The hefty tome, for which Quincy Jones wrote the foreword, contains 340 black-and-white photos, strikingly displayed with accompanying text by Oakland. All the photographs were shot using natural light, lending them an improvisatory quality that, given the art form that is the book's subject, strengthens their impact. 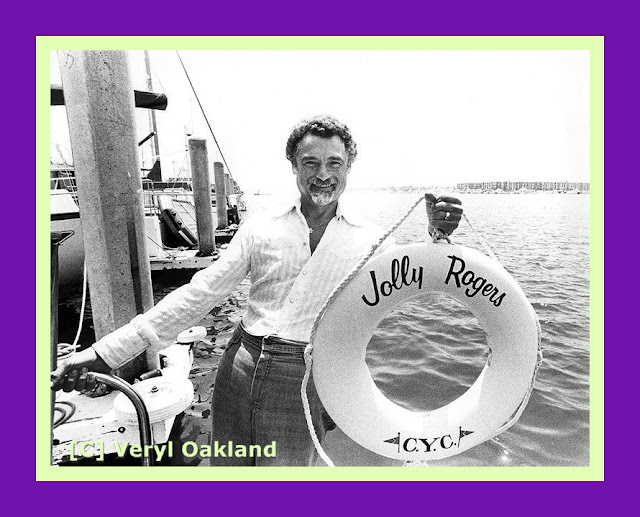 The artists are depicted engaging in a variety of activities — Joe Zawinul sawing limbs off a tree, Joe Henderson peering through a telescope - in or near their California homes. Even more revealing are the photos that document musicians in the act of creation. Among those shots, some of the earliest — when Oakland himself was new to the process and coming at it with a fresh eye — seem particularly illuminating. Among those early pictures, one each of Rahsaan Roland Kirk and Bill Evans stand out.


At a Sunday matinee in April 1967, Oakland caught the charismatic Kirk at San Francisco's Jazz Workshop. As usual, Kirk was playing multiple horns — often simultaneously — and creating a spectacle that the camera loved, though on that afternoon, the light at the North Beach club was unpredictable. Oakland recalled that he did not have the highest expectations for the photos.


But when he saw them, he was moved — so much so that, on a whim, he sent several rolls of film to DownBeat, which used a shot for the cover of its May 18, 1967, issue. The sale to DownBeat yielded Oakland's first paycheck for his photography. The magazine cover — depicting Kirk blowing into three mouthpieces—is reproduced in the book.


Two years later, in April 1969, Oakland had another pivotal experience, this time with Evans at Bear's Lair, an intimate basement room at the University of California, Berkeley. By the late '60s, jazz fans were accustomed to seeing Evans hunched over the keys and profile shots of the pianist in such a position were legion.


What happened next produced a shot that will be far less familiar. In the confines of the small room, Oakland said, the creative tension attendant to Evans' pianistic restraint had become intense. Armed with a telephoto lens, Oakland moved to the rear of the space and, facing Evans' back, began snapping just as the pianist's head disappeared from view. One remarkable shot — an illusory image of a headless torso playing a piano — suggests a man literally being absorbed by his instrument.


"It gave me the shivers," Oakland said.


His ability to find the telling moment in disparate subjects indicates a capacity for genuine empathy. That capacity is nowhere more evident than in the book's epilogue. In it, Oakland discusses Phineas Newborn Jr., a prodigious pianist who suffered from mental illness and died penniless. In a 1975 shot taken at Los Angeles' Shrine Auditorium, Newborn, with a joyless gaze, stares straight into Oakland's lens. To Newborn's left is organist Jimmy Smith in an ebullient mood, hoisting a can of beer above his head.

The image will haunt many readers, but could draw new attention to Newborn's work. "It gives me an opportunity to reinvigorate his standing with a lot of people," Oakland said.


Veryl has a dynamite blog which you can locate by going here. 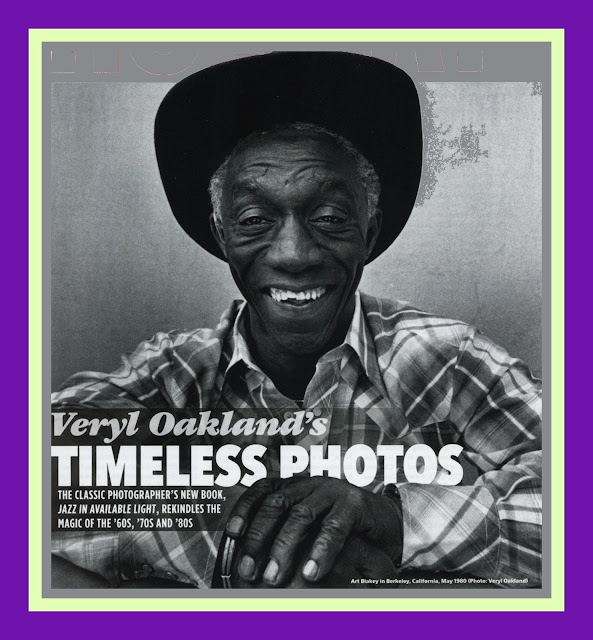