RIP, Ed Bickert The great and revered Canadian jazz guitarist died in Toronto on 2/28/2019 at the age of 86. 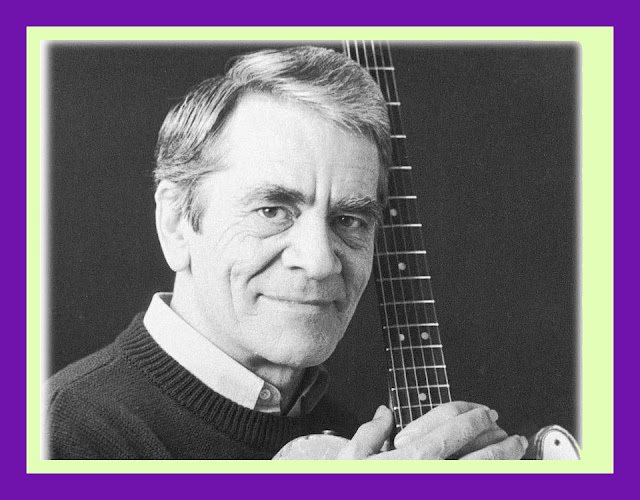 
I’m posting it as a remembrance of Ed on these pages and I’ve added a YouTube video of a full album by him at the conclusion of Peter’s memorial to give you some examples of the inimitable Bickert style.


Ed’s introspectively harmonic style is one that he brought together over a lifetime of experimenting, exploring and examining how different chords, notes and phrases can embellish and expand the music.


Quiet and contemplative Jazz is becoming more and more a rarity these days. Thank goodness Ed put so much of it on record for those of us who appreciate this approach to the music.


“Canadian jazz guitar icon Ed Bickert, renowned almost as much for his quiet, self-effacing personality as for his mellow, impeccable way with his Fender Telecaster, died on Thursday. He was 86.


Until his retirement in 2000, the Manitoba-born musician was Toronto’s top guitarist for almost five decades. His masterful playing, heard with Paul Desmond, Rob McConnell and the Boss Brass, Don Thompson and Moe Koffman, would have cast a wider spell among the world’s jazz fans if Bickert had had a greater appetite for touring and the limelight. “I was born to be a side man,” Bickert once said.


Bickert grew up in Vernon, B.C., in a musical family. His father and mother played the piano and fiddle at country dances.


In 1952, the guitarist moved to Toronto to pursue his career, working initially as a radio station engineer, and then edging his way onto the music scene through session work and playing the clubs.


“Bickert quietly established himself as the city’s top dog guitarist,” said a 2012 Toronto Star profile of Bickert, which marked his 80th birthday. “International stars Bickert accompanied — from alto sax Paul Desmond to vibraphonist Milt Jackson to Rosemary Clooney — inevitably had to talk him into touring and then for only a limited time.”


Between 1975 and 2000, Bickert recorded more than a dozen albums as a leader. One of Bickert’s most elegant sideman recordings is the classic 1975 album Paul Desmond Quartet Live, recorded at Bourbon Street in Toronto.


In the liner notes of that album, Desmond wrote that he would often turn around and look at Bickert while on-stage to ”count the strings on Ed’s guitar … how does he get to play chorus after chorus of chord sequences which could not possibly sound better on a keyboard?”


In 1996, he was invested as a member of the Order of Canada for his contributions to the performing arts.


Bickert played small club gigs and festival concerts in Ottawa through the years until his retirement. He told an Ottawa Citizen interview before an early 2000 appearance:  “Some jazz people can just go ahead and do their thing regardless of noise or distractions, but that’s hard for me. I have to have a fair amount of attention and quiet to really play well.’


Bickert was renowned for his harmonic mastery, and confessed to the Citizen interviewer than harmony fascinated him.


”I really enjoy the harmonic aspect of music — not just jazz, but country and classical,” Bickert said. ”The harmony really turns me on, so I try to find things on the guitar that are more interesting harmonically than some of the basic grips.”


Unlike many a jazz musician that plays until the end, Bickert surprised and saddened jazz fans when he quit playing in 2000. He told the Toronto Star in 2012, “In 2000, my wife (Madeline) passed away, and I had arthritis and other problems which I got through. There just comes a time you don’t want to do it anymore.”


There was a star-studded concert in November 2012 in Toronto to mark Bickert’s 80th birthday. Bickert’s guitar was on stage, but Bickert was not. “I would hardly know how to hold the guitar,” Bickert told the Star.


“Jazz is imperfect but Ed gets as close to perfection as it gets,” bassist/pianist Thompson, Bickert’s collaborator for decades, told the Star.


On Facebook Saturday morning, musicians from across Canada paid tribute to Bickert.


Vancouver bassist and guitarist Andre Lachance wrote: “RIP Ed Bickert. An enormous thank you for your artistry and influence and contributions to culture. There literally is a little bit (or a lot) of Ed in every jazz guitar player in this country. Rarely has someone had that kind of influence on the practice of an instrument … true mastery.”


Gatineau, Que. guitarist Roland Doucet wrote: “I had a wonderful opportunity in Halifax around 1980 to hear him five nights in a row, front row centre in a new jazz supper club that lasted only a few months.
“As poor as I was, I was in the front table every night. (Often wondered, when will that cigarette ash drop, and will he ever play a ‘grip’ — his word for chord — that I recognize.


“Amazing artist. Amazing fingers. Best to me when working with a band, but solo was obviously incredible. A master.”


In an interview, Montreal jazz guitarist and Juno Award winner Mike Rud recalled that Bickert was the first jazz guitarist that he ever saw perform, in Grand Prairie, Alta., with Dizzy Gillespie and Moe Koffman, in the early 1980s.


“Jazz guitarists around the world rightly revere Ed Bickert,” Rud said. “But for Canadian jazz guitarists, I think he was the very voice of impeccable musical judgement — when to play, when not to.


“That’s before you even get to his chord approach, which was brand new, science-fiction level technology to all of us. Listening to his chord work, guitarists are left feeling like they are watching someone fill out the New York Times crossword puzzle, all perfectly correctly, and with many deeply satisfying, unexpected twists. Then in the next chorus, he erases all that, and fills it out all again with different, every-bit-as-perfect answers, over and over. Enchanting and infuriating.


“So much so that it’s easy to miss his single-note soloing, the sublime unfailingly swinging storytelling that made him an exquisite bandmate for Paul Desmond.


“All being done on a solid-body Telecaster, from which he coaxed a sound that would be the envy of any hollow-body player.


“I got to meet him a couple of times only, and play just a couple of tunes with him. I still play stuff I saw him play that day practically every single night. He was pleasant and soft-spoken. He’ll be more than missed.”