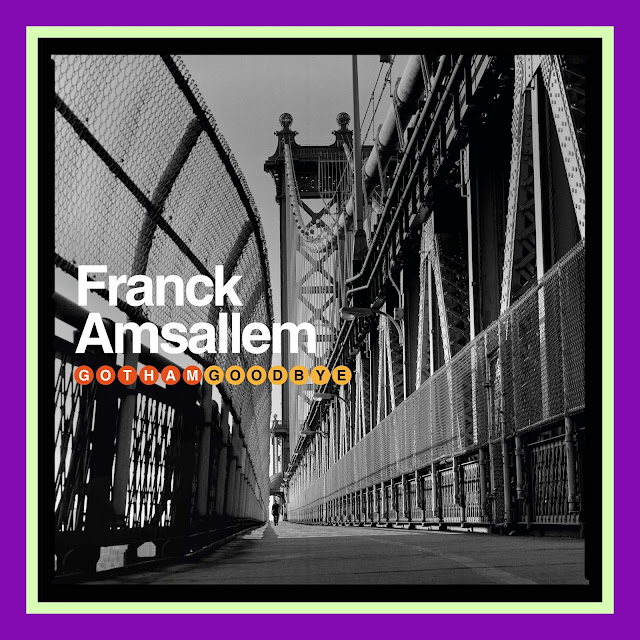 Franck Amsallem releases his tenth album as a leader, in the evocation of the twenty highly productive years he spent in New York City where he performed with some of the greatests from Harry Belafonte to Roy Hargrove. Backed by a brilliant international quartet in which shines the Cuban saxophonist Irving Acao, the French pianist showcases his impressive talent, both as a player and a composer. Goodbye Gotham? Bonjour Paris!


Lately, it seems, we’ve been spending a lot of time with Jazz pianists based in Paris, first with Fred Nardin and now with Franck Amsallem.


Franck’s latest CD - Gotham Goodbye [Jazz & People JPCD 19007] was released on September 20, 2019 and for those of you fortunate enough to have ready access to Paris, the CD Release Party is scheduled for October 29, 2019 at Sunside.


Information about how this CD evolved as well as background on Franck and the other members of his quartet can be found in the Vincent Bessières insert notes as reproduced below.


For the most part, Franck’s approach is straight-ahead Jazz with modern overtones, the latter is mostly reflected in the modal scales, sophisticated harmonies and unusual time signatures he selects for the eight original  tunes that make up this CD along with the Harold Arlen and Yip Harburg standard Last Night When We Were Young [which seems an appropriate choice from the Great American Songbook for a recording with a theme of leaving New York and returning to Paris].


The other main characteristic of Franck’s music is that it swings hard, all the time, which is due not only to his percussive piano style but also results from his choice of rhythm section mates: Viktor Nyberg and drummer Gautier Garrigue.


Tenor saxophonist Irving Acao, his choice for the “other voice,” has a big bold sound on tenor saxophone and exhibits great facility in getting around the instrument to express his ideas.


Franck assumes the role of “older brother” in relation to his younger colleagues and his maturity is both a steadying as well as an inspiring influence throughout the program of tunes on Gotham Goodbye. And this mentoring role is no doubt a welcomed one as the music is very challenging.


Amsallen’s writing is full of interesting twists and turns such that you are never quite sure where the music is going; in that sense, it’s full of surprises, just what you want in a good Jazz recording.


There’s a very professional or “finished” quality to the music on Gotham Goodbye; it feels and sounds very complete both in terms of concept and execution. 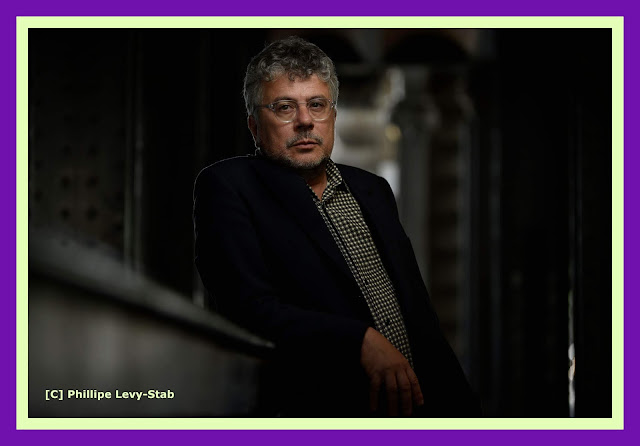 
“Goodbye Gotham, bonjour Paris... In evocation of twenty highly productive years in New York, Franck Amsal-lem has recorded an album as a sort of adieu to the American megalopolis, and asserts with a brilliant quartet that jazz as he conceives it can be played just as well in Paris now.


Having gone to study in the United States in 1981, obtaining his diploma at the Berklee College of Music two years later, Franck Amsallem spent two decades as a professional jazz musician in New York, where he played with many of the greats, led his own groups, and recorded a series of acclaimed albums with major jazz musicians. For twenty years the Big Apple nourished, inspired, overwhelmed, transported, exhausted him. The permanent creativity keeping pace with the urban intensity, the pressures of a city that never sleeps combined with the necessity of making a living, the density of the number of musicians and the level required, all this contributed to shaping his technique, to forging his style and to inspiring his art. In 2001, exactly twenty years to the day when he first set foot on American soil, Franck Amsallem made the decision to return to France, without disavowing what his years in New York had given him.


Having become well established on the Parisian scene since then, Franck Amsallem assumes his role in jazz in France today while remaining strongly attached to the values he learned in the United States and the way in which jazz survives there, and is firmly rooted in tradition without being confined by it, combining a spirit of play with collective energy, the taking of risks in improvisation with a certain instrumental excellence. After two albums of standards in which he explored his talents as a singer, his new album «Gotham Goodbye»features original compositions, signaling his return to a leading position in French jazz.


Inspired by the international quartet of younger musicians he has selected and who prove their engagement in this music and with whom he is proud to share his experience, he has devised an entirely new repertoire of original compositions, comparable to those that made his reputation at the beginning of the 1990s, and consistent with the formal preoccupations that inspire jazz players and improvisers in Paris as in New York today.


From odd metrics to revamped latin rhythms, from lyrical compositions to funky grooves, intense ballads to straight-ahead swing, dream-like moods to dizzying unisons and without forgetting a quirky blues, "Gotham Goodbye » showcases a series of works that are far removed from simple pretexts for improvisation but worlds in themselves, and invested with the personalities of those inhabiting them : the tenor saxophonist Irving Acao who's playing is both voluptuous and fleet, gifted with a tone of remarkable richness, and who reveals himself to be a soloist with formidable phrasing ; providing a dynamic foundation for the group, Viktor Nyberg imposes himself as a bassist with an ironclad presence ; the vivacity of Gautier Garrigue's drumming never alters his sense of colors, ever quick to swing while propulsing the collective play with his confidence and his impulses.


Driving this high-flying quartet as much as he challenges and stimulates it, Franck Amsallem reminds us just what a formidable pianist he is, combining in a personal style the influence of greats from Bud Powell to Keith Jarrett by way of Thelonious Monk, Herbie Hancock and Chick Corea. His touch biting or sensual, incisive in attack but unpredictable in his phrasing, he transforms each solo into a highlight.”