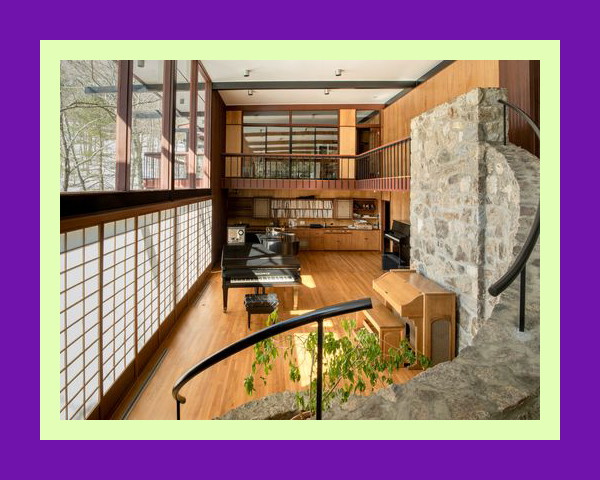 In the early 1960s, the bandleader moved from California to a modernist masterpiece in the woods of Connecticut.

“Dave and Iola Brubeck were already living in one masterpiece of modern design when they started thinking about building a second. It was the 1950s, and the jazz legend was touring constantly with his band, the Dave Brubeck Quartet. “The whole group would pile into my dad’s Kaiser Vagabond, drive across the country, and play, play, play,” says the couple’s third son, Chris Brubeck.

Most of the gigs were on the East Coast, which meant Dave was away from his home in Oakland, California, for weeks at a time. “Mom and Dad started this exercise, ‘What if we lived on the East Coast? How much more time would you have at home with your family?’” The answer: a lot.

In 1961 they bought a steep lot overlooking two streams in Wilton, Connecticut, and asked Beverley David Thorne, the architect who had built their Oakland home, to design a house that would make the most of the topography. Thorne had faced a similar challenge at the couple’s precipitous and rocky California property, where he used metal I-beams to cantilever the structure out over the slope.

Heartwood House, as it was named, had sweeping views of San Francisco Bay and was lauded for its dramatic exterior. Bethlehem Steel featured “Dave Brubeck and his ‘Tree House’ ” in an advertisement touting the strength of its beams. Ed Sullivan filmed the quartet in the living room for a segment on his show.

Thorne had been part of the 1945 Case Study Houses program, which enlisted architects after World War II to design family homes using inexpensive, widely available materials. His Case House Number 26, a long rectangle with a glass wall that looked out over a hillside in San Rafael, California, was admired but did not garner a lot of attention.

The Brubecks’ Oakland house, however, made Thorne famous—though not necessarily happy. He had little interest in working for the high-profile clients who began calling. He moved to Hawaii and dropped David from his name and began going by his given name, Beverley. But Thorne had struck up a friendship with the Brubecks (they met in 1949, when Brubeck was performing in Oakland at the Burma Lounge), and he gladly agreed to take on the new project.

Along with the streams, the Wilton property had views of a pond, a waterfall, and expanses of open and wooded terrain. As he had done in California, Thorne used glass, steel, and natural stone to create a structure that immerses its inhabitants in the surrounding landscape. The kitchen, dining room, laundry, and guest bedroom are on the top floor; the living room is down half a level; a half level below that is the music studio and other bedrooms.

“It’s very unassuming from the roadside,” says Robert Parisot, an architect who grew up nearby and whose father, the cellist Aldo Parisot, was friends with the Brubecks. “On the top level, it’s just this wall, an entrance. It’s really a place that is about transition, once you get inside.”

Dave Brubeck was an amalgam of various American dreams: a cowboy who became a jazz legend who was also a devoted family man. He grew up riding horses on a cattle ranch where his father was a manager, and he studied veterinary medicine and music at the College of the Pacific, which is where he met his wife, Iola ­Whitlock, a lyricist with whom he had six children.
The couple worked on numerous projects together, including The Real Ambassadors, a musical about race relations that Dave recorded with Louis Armstrong soon after the Brubecks moved east.

“My parents felt guilty about leaving California,” Chris says. “They were both second-generation Californians, and they missed Oakland. At first it was, ‘Well, we’re going to live there for a few years.’” But the plan they hatched back in Oakland worked exceptionally well. Dave was home more often. And the music studio Thorne designed off the living room was where some of America’s greatest jazz compositions were created. Dave died in 2012 and Iola in 2014, but their children have kept the house the way it was when their parents moved in.

Architects of Thorne’s generation liked to talk about bringing the outdoors inside. At the Wilton house, Chris says, this happened both aesthetically and literally. His father would practice piano for hours every day, and the music would attract curious neighbors, including, for a spell, a wild animal. “When Dad was in his eighties, a fox would come and sit on the flagstones just beyond the sliding door by the piano and listen to him play.””

This story appears in the September 2019 issue of Town & Country. 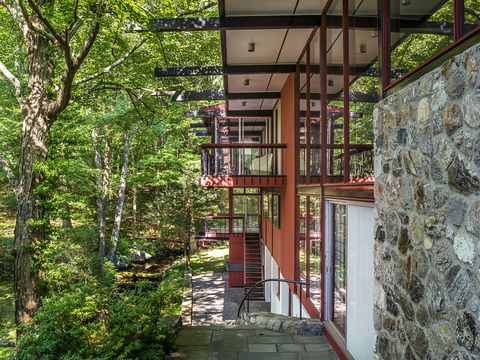 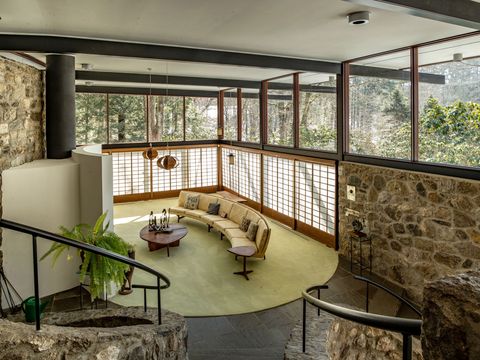 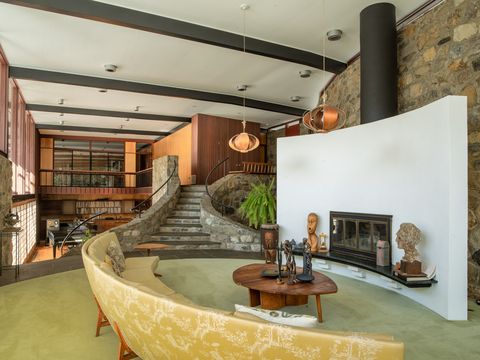 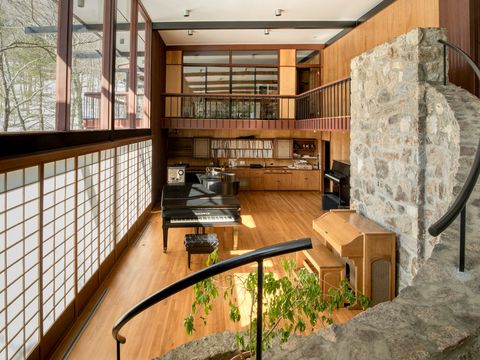 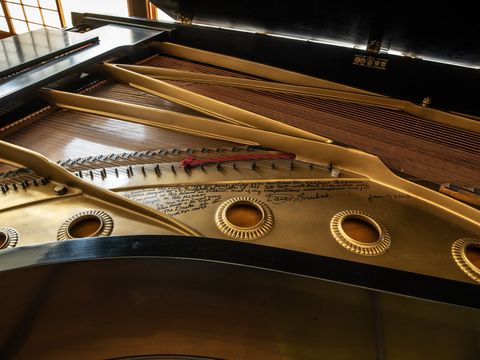 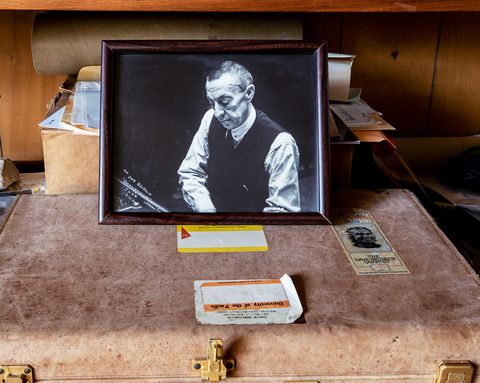 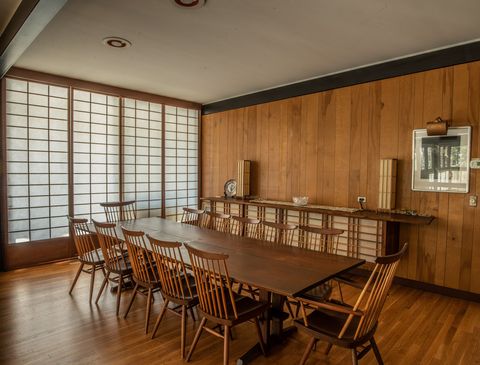 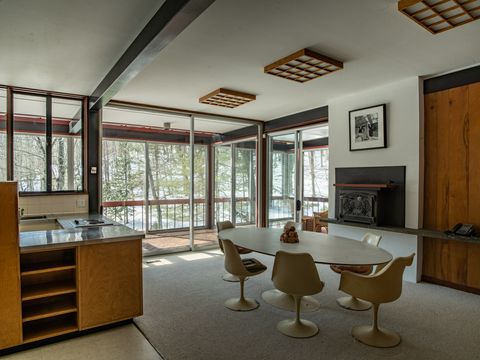 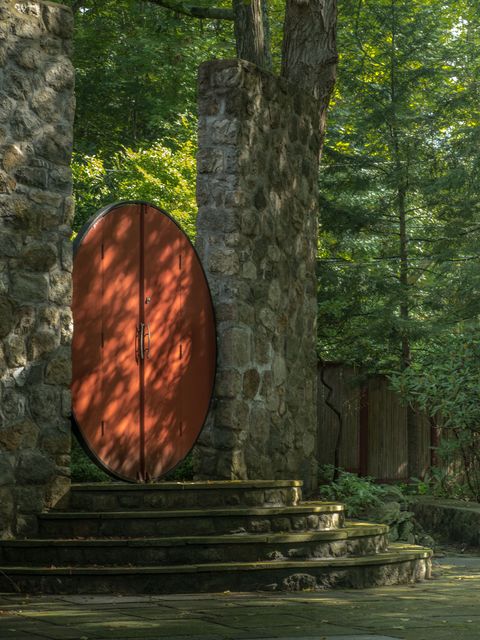 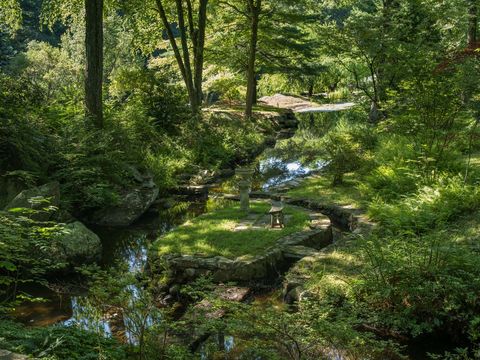 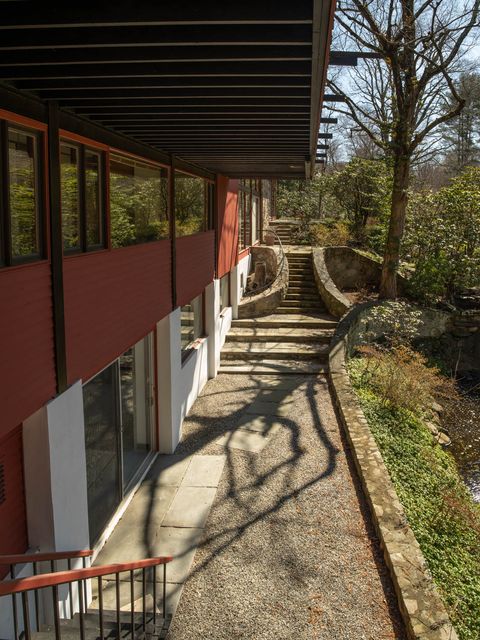 ANOTHER VIEW OF THE HOUSEDave Brubeck died in 2012 and his wife Iola in 2014, but their children have kept the house the way it was when their parents moved in.Larry Lederman

© - Steven Cerra , copyright protected; all rights reserved. "As far as I'm concerned, no one in the world plays the gui... 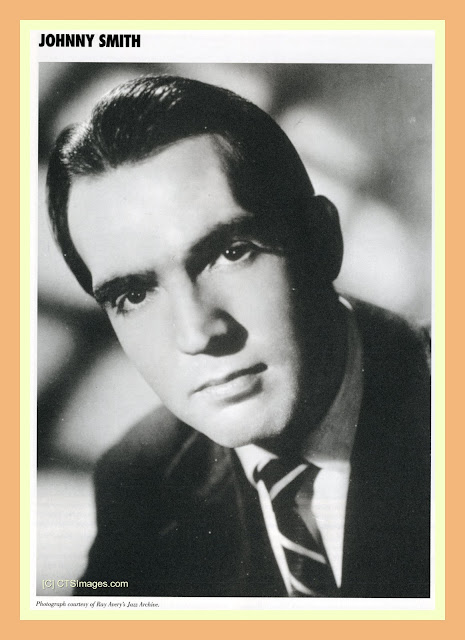