THE SHORT AND CURIOUS LIFE OF WADE LEGGE By Steve Siegel 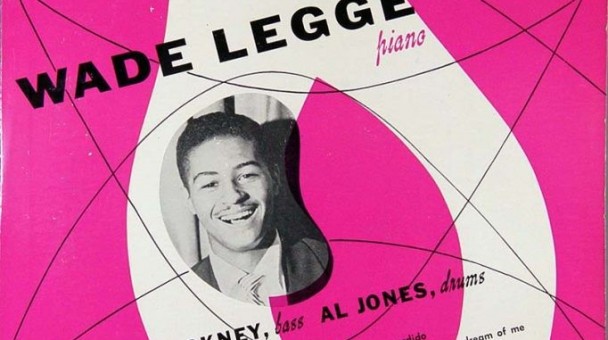 Steve Siegel reached out to the editorial staff at JazzProfiles recently and inquired if we would have any interest in featuring his writing on these pages.
After sampling his work, we wrote back and the result is shown below in the form of his piece on pianist Wade Legge with another to follow on the Great Day in Harlem Photograph “Mystery Man” - William J. Crump.
Steve also sent along this brief -
“Biography for Steve Siegel:
My interest in jazz began in 1970 when, as a college student, I took a course entitled “Afro-American Music" – code for “jazz” ( In the late 1960’s a course with the title “jazz" in it may have had a difficult time getting through a college's curriculum committee, because it might not be considered a rigorous enough topic to grant college credit for). Over the subsequent 50 years I have collected approximately 2500 jazz recordings- all on vinyl, and over 250 books which deal with jazz biography, the history of jazz, jazz criticism and jazz's relationship to other art forms.
I spent 36 years in academia and upon retirement in 2013 pursued a second career as a fine arts photographer. My true objective was to finally get around to writing about jazz. Recently I embarked upon a series of human interest articles which focus upon the lives of jazz artists who were active from the bebop era through the 1960’s and are no longer with us, but have a compelling story that, perhaps due to the vicissitudes of time, was lost to history.”
© -Steve Siegel copyright protected; all rights reserved; used with the author’s permission.

THE SHORT AND CURIOUS LIFE OF WADE LEGGE
“The profile on Wade Legge and the one to follow on William J. Crump have at least one thing in common, they were both longtime residents of Buffalo, N.Y. – my hometown.
Planned future articles will continue to focus on the Buffalo, N.Y. theme with profiles of Thelonious Monk's longtime drummer, Frankie Dunlop and boogie-woogie pianist Pete Johnson.

Imagine with me if you will, an all- time, all- star jazz group made up of internationally known musicians who were either born in Buffalo or spent a great deal of their lives as residents of the Queen City.
Now who gets the piano chair?
Most casual jazz fans would gravitate towards Al Tinney who was one of the founding fathers of Bebop through his role as house pianist at Monroe’s Uptown House in Harlem from 1939 to 1943 and a resident of Buffalo from 1968-2002.
No doubt a fine choice.
But let us consider a second, much more obscure candidate, a man who recorded with Charles Mingus, Sonny Rollins and the Gigi Gryce- Donald Bryd Jazz Lab Quintet and who, at the age of 19, held down the piano chair with the Dizzy Gillespie Sextet.
His name is Wade Legge, born in 1934 in Huntington, West Virginia but relocated to Buffalo at a young age and, with the exception of his peak years as a NYC based musician from 1953 to 1959, spent his entire life as a resident of Buffalo.
The story goes that Legge, a third-generation musician, was discovered in a club in Buffalo by the future Modern Jazz Quartet vibraphonist, Milt Jackson, who recommended Legge to Dizzy Gillespie who was in the process of forming a sextet.
Background
Legge came from a musical family. His grandfather Wade A. Legge was born in 1883 in South Carolina. The 1910 census listed him as a “musician or music teacher” who now resided at 275 William Street in Buffalo. Wade III Legge’s father, Wade II, was born in Buffalo in 1912. The 1920 census lists 183 William Street as their residence.
By the early 1930s Wade II was in West Virginia where he met his future wife Vivian Young. They married in 1933 and Wade III was born in Huntington, West Virginia in 1934. They soon moved to Buffalo and in 1938 were living at 585 Michigan Avenue. The 1940 census finds the Legge family living at 37 Milnor and Wade II's profession is listed as “pianist in nightclub.” By 1950 the family was now residing at 259 Laurel and the musically precocious Wade III was proficient on both bass and piano.
Career
After being hired by Gillespie, Legge's short but intense International musical odyssey began on January 30th 1953 when he boarded a ship with the other members of the Gillespie troupe and departed for a tour of Scandinavia and western Europe.
His first professional session as a leader was in Stockholm, Sweden on the Modern label. He was accompanied by the other two members of the Gillespie rhythm section, Lou Hackney on bass and Al Jones on drums. The Gillespie contingent made its way to Paris and Legge went back into the studio on February 27th 1953 for Vogue records and recorded his second and final album as a leader.
On Legge’s return to the states in March 1953, he continued to burnish his reputation in New York City, subsequently appearing on well received albums by Sonny Rollins (2), Charles Mingus and the Gigi Gryce/Donald Byrd group - remarkable accomplishments for a young pianist in the ultra- competitive NYC jazz scene where some record labels were beginning to use their own “house” pianist for sessions.
As abruptly as Legge made the jump from a Buffalo nightclub to working for the iconic Gillespie, by 1959 he suddenly “retired” and returned to Buffalo. In 1963 his failing health worsened and on August 15th 1963 he died of a bleeding ulcer. Dead at 29, an age at which many great jazz artists were still perfecting their craft: John Coltrane was 29 when, as a relative unknown, he had joined the Miles Davis group and 37 when he recorded “A Love Supreme.”
As for Al Tinney, upon returning to New York City in 1945 after getting out of the armed forces, he recognized the perils of the ever-increasing use of hard drugs, particularly heroin which, at this time, was spreading throughout the jazz community in New York. Furthermore, he felt that musicians on drugs oftentimes thought that they played better stoned, but that was far from the reality and their sloppy performances frustrated Tinney who left the New York jazz scene and for the next two decades, found work in the more commercial sectors of the music industry, eventually moving to Buffalo in 1968 intending to quit the music business.
Al Tinney died in 2002 at the age of 81, as a much beloved figure in Buffalo, outliving the relatively unknown Wade Legge by 52 years.
So, who gets the chair?”