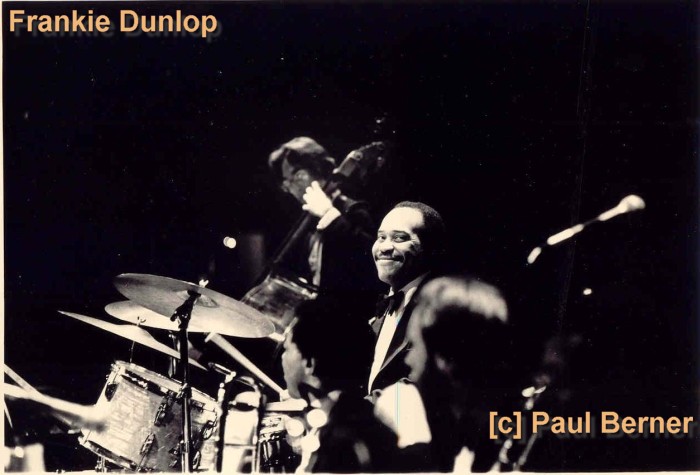 Steve Siegel has been a guest writer on JazzProfiles with previous pieces on pianist Wade Legge and on the Great Day in Harlem Photography “Mystery Man” - William J. Crump.
Here’s his latest contribution - a detailed overview of drummer Frankie Dunlop - another in his series on notable Jazz musicians from Buffalo, New York.
Steve sent along this brief overview regarding his background.
“Biography for Steve Siegel:
My interest in jazz began in 1970 when, as a college student, I took a course entitled “Afro-American Music" – code for “jazz” ( In the late 1960’s a course with the title “jazz" in it may have had a difficult time getting through a college's curriculum committee, because it might not be considered a rigorous enough topic to grant college credit for). Over the subsequent 50 years I have collected approximately 2500 jazz recordings- all on vinyl, and over 250 books which deal with jazz biography, the history of jazz, jazz criticism and jazz's relationship to other art forms.
I spent 36 years in academia and upon retirement in 2013 pursued a second career as a fine arts photographer. My true objective was to finally get around to writing about jazz. Recently I embarked upon a series of human interest articles which focus upon the lives of jazz artists who were active from the bebop era through the 1960’s and are no longer with us, but have a compelling story that, perhaps due to the vicissitudes of time, was lost to history.”
© -Steve H. Siegel copyright protected; all rights reserved; used with the author’s permission.

With Scott Fish for Modern Drummer: