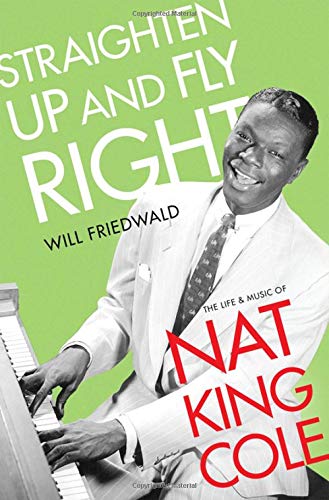 All of America fell for his warm, close-grained baritone, but jazz aficionados swooned over his piano playing.

By Terry Teachout
Wall Street Journal  Aug. 14, 2020 6:10 pm ET
“Walk into any Starbucks in America and listen to the canned music. If the first thing you hear is a standard from the ’30s or ’40s, it’s likely that the vocalist will be Frank Sinatra, Ella Fitzgerald or Nat King Cole, the three common denominators of pre-rock pop singing—and a trio of artists who have little in common beyond their posthumous ubiquity. Sinatra was a singer-actor, by turns breezy and despairing; Fitzgerald was the world’s kid sister, a bred-in-the-bone jazzer who sang with a smile on her face and in her voice. As for Cole, his warm, close-grained baritone was as persuasive on romantic ballads as it was on swing tunes. What set him apart from Sinatra and Fitzgerald, though, was the other rabbit in his musical hat: Cole was also one of the half-dozen finest pianists in the history of jazz, a peer of Earl Hines, Art Tatum, Bud Powell and Bill Evans. Even after he disbanded the King Cole Trio, his hugely successful combo, to concentrate on stand-up singing in 1951, he continued to feature his playing in small but tasty doses on record, in concert and on TV.
Cole’s switch-hitting is all but unique. Save for Louis Armstrong, he is the only major jazz musician to have been equally distinguished and influential both as a singer and as an instrumentalist. Yet his youthful career as a pianist is no longer well remembered, and he is now mostly thought of as a pop singer, one of the most famous of the 20th century. In a time when much of the U.S. was still segregated, Cole’s appeal vaulted across racial lines, though racism was always an ugly, sometimes dangerous fact of his life. A cross was burned on his lawn when he and his family dared to move into an all-white neighborhood in Los Angeles, and he was physically attacked by three members of the North Alabama Citizens Council while giving a concert in Birmingham in 1956—the same year in which he became the star of NBC’s “Nat King Cole Show,” among the first TV variety shows to feature a black host. Unable to sell commercials because of Cole’s race, NBC cancelled the program a year later. His tart response: “Madison Avenue is afraid of the dark.” 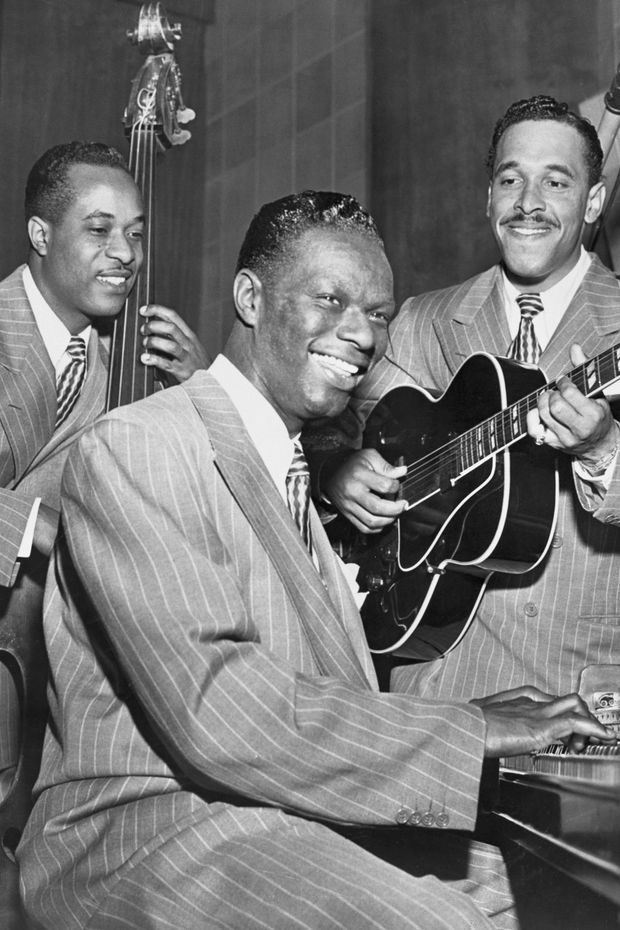 Johnny Miller, Cole and Oscar Moore in the 1940s.

STRAIGHTEN UP AND FLY RIGHT