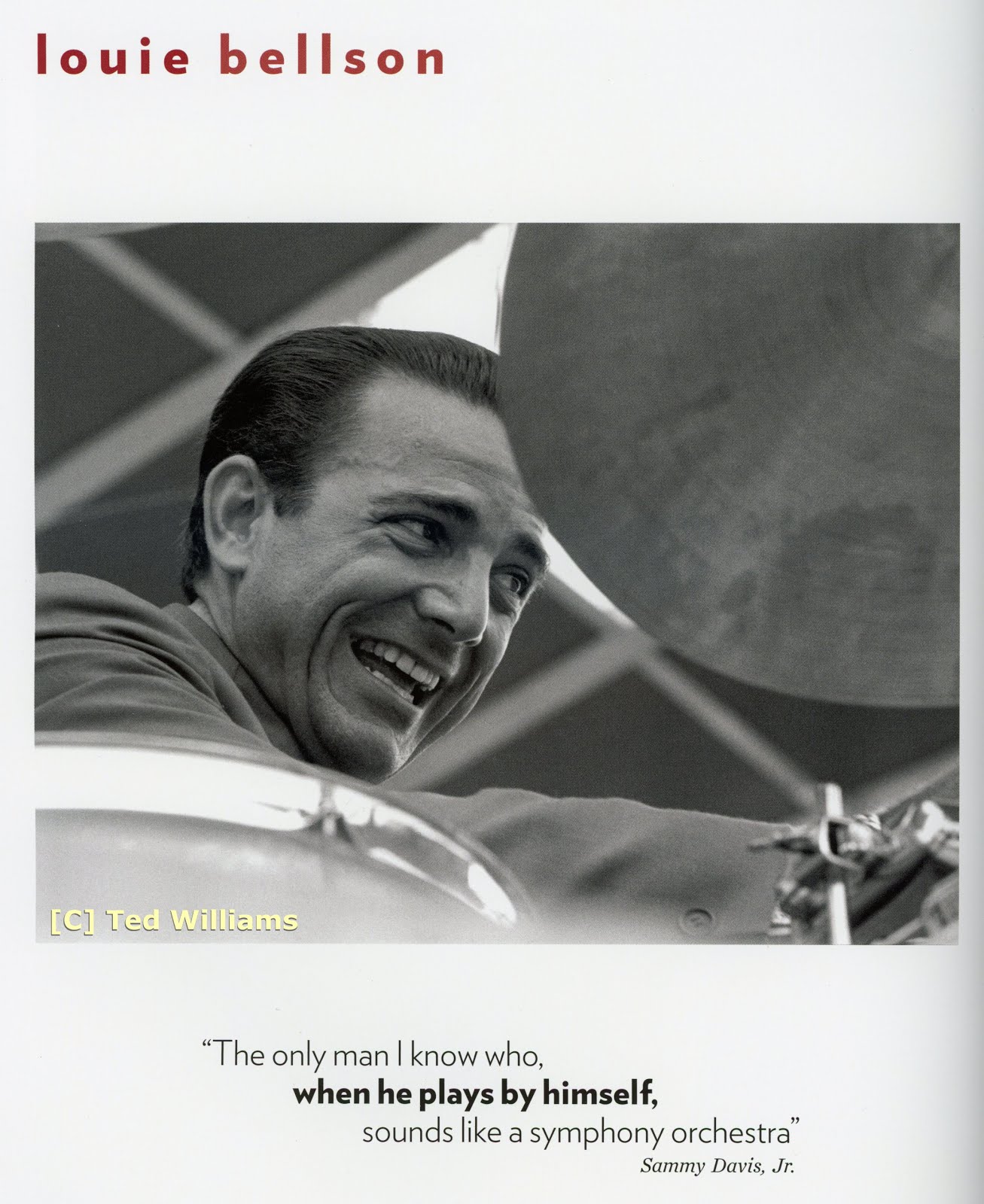 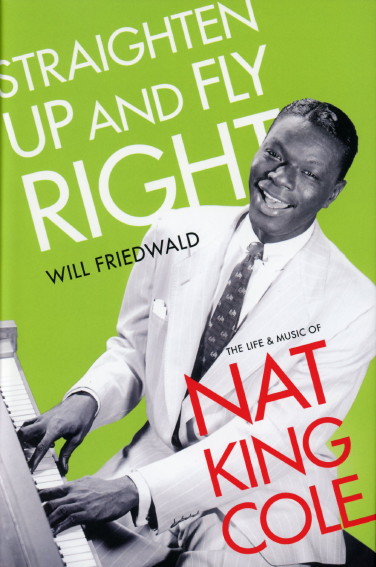 Thanks to the kindness and consideration of family and friends, holidays and special occasion gifts are a great opportunity for me to add books, music and sundry other things to my Jazz collection.

It was as a result of one such instance that I recently came into possession of Will Friedwald, Straighten Up and Fly Right: The Life and Music of  Nat King Cole [Oxford, 2020].

And as you would expect with anything to do with the subject of vocal Jazz when Will Friedwald is involved, the research is extensive, the commentary is authoritative and the narrative is an enjoyable read.

Even the supposedly well-known aspects as an artist’s career become full of surprises when Will takes his magnifying glass in hand and goes sleuthing.

As a case in point, here’s are the Freidwalian Facts on how the Nat King Cole Trio came into existence.

The Birth of the Trio

We were playing maybe even better then [in 1941 ] than we did later on.

“YOU KNOW, IT'S A STRANGE THING that everything that brought me success was an accident," Nat Cole said in 1945. "For instance, I always wanted to have a big band, never thought of a trio, particularly as there were no small groups playing on the Coast. It was Bob Lewis of the Swanee Inn [on La Brea Avenue in Hollywood, CA] who suggested that I add guitar and bass and bring the trio into his place. I figured it would be just another job for a few weeks and look what happened! It still amazes me."

Nat King Cole was a great believer in luck. Or, at least, he made himself out to be so in the personality that he projected to the media — especially to the interviewers and feature writers who profiled him in newspapers and magazines. Rather than giving himself any of the credit for his own success, he was much more likely to claim it all had happened because he had "the luck o' the Irish"—after all, he had been born on St. Patrick's Day and he carried a shamrock in his pocket. To hear Cole tell it, everything that helped to push his career from one level up to the next was invariably a lucky accident. There was the formation of the trio: the idea of putting together a band consisting of piano, guitar, and bass was so out-of-the-box in 1937 that it almost had to be a mistake, albeit one that almost immediately righted itself. Surely no one could have come up with such a combination deliberately.

Then there was idea of Cole singing, which, as he always claimed, he had never set out to do, but something that he just tried, more or less on a whim, during long sets when they were mostly playing background music in noisy cafes, and something which the audience, to his surprise, responded to. "That was another accident," he explained (in 1945). "A trio is so limited by lack of instruments that I sort of had to sing to add to the group. All of a sudden, people decided they liked my voice. It was quite a surprise to me to be placed on so many polls as a singer."

Virtually every journalist who ever wrote about Cole was, in a very real way, his willing co-conspirator. They were all partners and participants in the artist's highly ingenious myth-making. Yet the more one looks at the facts, and the closer one examines the documented evidence, the more undeniably apparent it becomes that Cole knew exactly what he was doing — at every step of the way. Luck had nothing to do with it, although good timing certainly did.

The biggest accident and the luckiest break that he liked to talk about was how he just happened to wind up in Los Angeles. He never actually planned to relocate to the West Coast, or so he claimed. No, that was just where he happened to be when Shuffle Along [ a touring musical review] folded, and where he was stranded, along with the rest of the company. He had just turned eighteen at the time and, a few weeks before that birthday, had gotten married. In some accounts, Nadine was the one who wanted to remain — she had family there; they were currently bunking with her Aunt in Long Beach, CA. The way that Nat later told it, when they were stranded in Los Angeles, they had no means of returning home.

But Cole had multiple reasons for staying on the West Coast. Barely nine months earlier, when he and [his older brother] Eddie had been stranded on the road, [his father] the Reverend Cole undoubtedly gave both of his prodigals a stern talking-to on their eventual return. Now, if he were to come back once again like a whipped dog "with his tail between his legs," he would not only have to face his father but worse, would have to admit that Eddie was right in not leaving Chicago to begin with. And now he had to think about Nadine as well as the other twelve or so musicians in his band. He didn't want to admit to anybody, especially himself, that he had simply made a bad decision and hitched his wagon to the wrong star.

But as we've seen, as recently as February, he had been working with his big band in Chicago, and he could have easily put in a call to Benny Skoller, or any other club owner on the South Side, and gotten some kind of booking. It seems obvious that Cole wanted to start his marriage and a new phase of his life with a new beginning in a whole new part of the world—even as his parents had done less than fifteen years earlier.

"California jazz echoes the spirit of California," as Cole wrote ten years later. "It's progressive, daring, individual stuff. It's cocky, corny, great stuff, with the flash of flash bulbs in its sound, the excitement of a class-A 'whodunnit' in its originality. California jazz may not be the greatest in the world, but it certainly has guts and originality."

When Cole landed on the Left Coast, he immediately realized that Los Angeles was becoming a new black mecca, and Central Avenue, where Shuffle Along was about to open, was its epicenter. Red Callender, who played bass with Cole in 1941, remembered, "The town was full of jazz. All the bands were coming through and all the movie stars went slumming on Central, because that's where the jazz was happening. You'd see Mercedes-Benzes, Cadillacs, Bentleys; people like Mae West, John Barrymore, John Steinbeck. All the stars, black and white, came to Central Avenue. We might arrive there at two or three in the morning, hang out until ten or twelve o'clock the next day. We rarely got tired, it was too much fun. Jack's Basket Room, Milamo's on Western, Last Word, the Turban Room, the Brown Bomber, Brothers.. ." Even the Chicago Defender, which had, to mix a metaphor, no axe to grind and no particular reason to beat the drums for Los Angeles, observed, "Central Avenue has been transformed into Seventh Avenue and East Los Angeles into Harlem."” 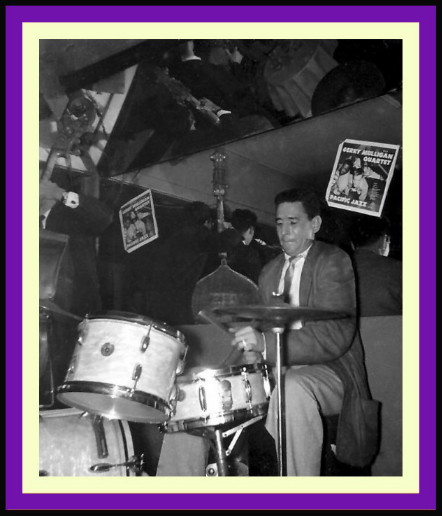