"This Masquerade," the Leon Russell hit that made George Benson a pop superstar, was recorded just months after the guitarist hit platinum with it. Bob Redfield delivers some of Benson's Wes Montgomery-derived flair and offers another insight into Tjader's genius. His ear was quick to recognize worthy material when he heard it, whether it sprang from the pop music realm or the most obscure Latin American sources. Also, his use of a guitarist provided an element all but unused in Latin jazz but highly effective in this small-group setting. Always respectful of tradition, Cal never hesitated to break the mold if it resulted in more compelling performances.
This track is a masterpiece of Latin percussion demonstrated in a ballad setting. So many little things driving the beat in an understated manner: Cal riffing on vibes behind the guitar solo; Pete Riso's intriguing bass drums accents; large cowbell "Punctuations;" double timing the ending turnaround of Cal's closing solo.
Posted by Steven Cerra at 11:05 AM 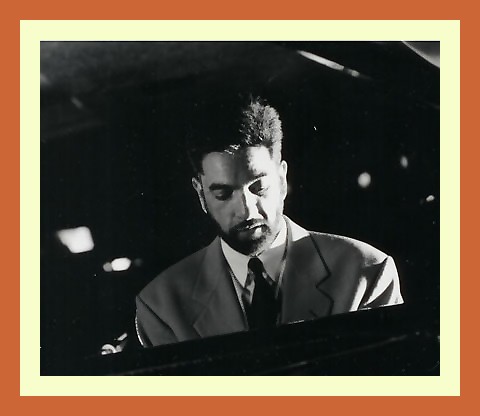 Checkin' in with Mike LeDonne on McCoy Tyner and Jaki Byard 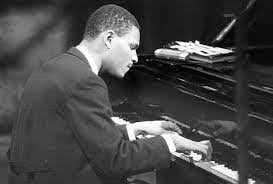 "One thing I always heard from the old cats like Roy Eldridge, Vic Dickenson, Buddy Tate, Al Grey, Dickie Wells etc... is that you had to play the blues. Dizzy said it when he pointed out that Bird, who personified what this music is all about and was one of the most innovative and influential geniuses of all time, was a master of the blues. But what does that actually mean? On the surface it may seem like a pretty low bar since the first thing most kids learn is a blues scale after which they start running up and down it and BOOM - they're playing the blues right? WRONG! When you listen to someone like Milt Jackson you're hearing the blues in every note he plays meaning blues the feeling and not the scale. Without the feeling the blues scale is just an empty sequence of notes. Once you realize that simple fact the blues becomes a much deeper thing because It's easy to learn notes but it's much more difficult to learn a feeling. We're always told that you have to suffer to know the feeling of the blues but that's not necessarily true. The truth is that some people are born with a natural feeling for the blues, others attain it over time and some just don't have it and never will. Miles Davis always said his father was rich and his mama was good lookin and he could play the blues. Age and eras have nothing to do with it either. From Louis Armstrong and Johnny Hodges to Trane and McCoy the feeling is always there. In fact when I came to NYC the older cats judged you mainly on your feeling and not your notes. You could play as fast as greased lightening but if you didn't have that feeling you would be dubbed a "booger" and that was the kiss of death. As Jimmy Ponder always used to say "you have to know the feeling to get the feeling" and you can get the feeling just by listening to it, but you have to WANT to get the feeling too. That feeling is what attracted me to music in general so there was never a question about it. It was hearing players like Wynton Kelly that reached inside and grabbed me by the heart as a kid that made me want to play this music for the rest of my life. When I had a chance to sit and talk with McCoy Tyner the main thing he talked about was the importance of the blues. He spoke about understanding the blues which I took to mean exactly what I'm talking about here. Knowing that it is not merely throwing in a blues lick when you want to sound "soulful" but that it's heard in every note you play. I was lucky enough to be around many of the great masters of this music coming up and this is my way of passing on what they told me." 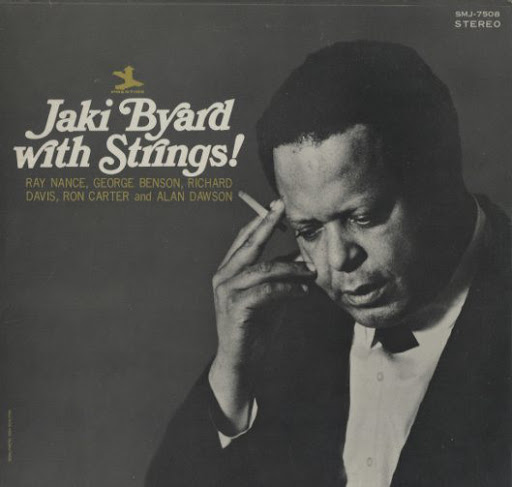 As told by Mike LeDonne

Jaki Byard was a genius and humor was at the bottom of everything he did. His idol was Fats Waller and that is who he really modelled himself after. Like Waller he was a monstrous pianist who had no limits and whose ease of playing allowed him to laugh at life while he laid his genius on you. Like Waller he enjoyed life and didn't really pay attention to it's rules. The main thing I remember about him is joy and laughter. When Jaki walked in the room everything suddenly felt lighter and more fun would start happening. The only time he got "serious" is when he sat at that piano. His face might have looked like he was being told a joke but his mind and hands were deep into his music. His music was all encompassing and the thing that always got me was how real he was no matter what style he was playing. When he played stride piano his left hand would be loose and swinging and when he put his hands together he always got this big fat warm sound to come out of even the crappiest of pianos. Whether he was playing some abstract impressionist style or 2 fisted big band shout choruses his sound and rhythm were impeccable. Never harsh and never even a little off. Always right in the pocket and soulful. Besides worshiping and wanting to be Fats Waller he was friends with Bud Powell and idolized him, Earl Hines and Erroll Garner. He had their pictures all over the walls of his little studio in New England Conservatory where I studied with him. But he also loved Debussy and Ravel and studied the music of the African American Classical composer Henry Cowell. Cowell wrote very abstract and rhythmic music that sounded a bit like what Cecil Taylor got into. Throw in a lot of Ellington and Basie and you get 1 Jaki Byard. His Big Band writing was as unique and grounded in the history of this music as his playing. He loved his big band called "The Apollo Stompers" and I got to play that music in College. Like everything else those rehearsals were a riot. I don't think he wanted a tight well rehearsed band. Jaki liked things loose, wild and on the edge. Sometimes he'd have his Boston pal Jimmy Slide come in and tap dance to the band which in turn would get the band to start to swing more. Jaki knew how to take a bunch of young college kids to the church of swing and soul which was so refreshing in a stiff and rigid place like NEC. He'd show up at my lesson, which was after lunch, smelling of camel cigarettes and sporting a big purple wine stain going down the front of his white shirt. Not that he was drunk but rather that he was just having a ball all the time. He showed me so much piano in those lessons I'm still digesting it all 45 years later. And Jaki had a tough street side too. He didn't take any BS off people and he'd get in your face in a minute if he smelled a punk attitude coming his way. We were all shocked when we heard the news that he had been murdered in his own home. Shot right in the face at point blank range. Talk was that it was something to do with his son and drugs. I never found out what really happened but I can bet you that when trouble came knocking at his door he didn't back away but got right up in its face because he was truly a bad MF! His birthday is coming up so I wanted people to know what I know about him because I truly loved the guy. Besides showing me the importance of knowing and utilizing the entire history of this music when I studied with him he continued to help me when I got to NYC by sending me in subbing for him at his teaching gigs. I can still hear his Boston accent and his infectious laugh when I think about him. But most of all I think about the unique way all that history came out of him and how he used it when he played. He's one of the few people to create his own be bop language that took Bud Powell's use of polytonality, or as Jaki called them "polychords", and turned it into a new way to create lines. The language Jaki invented can be heard in people like Herbie Hancock so Jaki is in a very real sense an innovative harmonic genius. Check out his early recordings with Ron Carter and either Pete La Roca or Roy Haynes or his quartet's with Roland Kirk or joe Farrell. Listen to his solo piano playing and his playing with Charles Mingus' band. All of it is absolutely amazing.