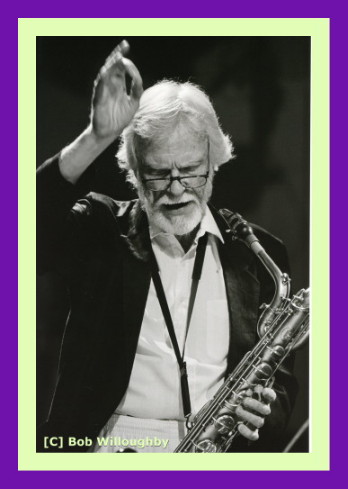 This article appeared in the Wednesday, June 14, 1961 edition of Jazz News, a British publication not to be confused with the current London Jazz Newsletter.

It is a very early review of Gerry Mulligan’s Concert Jazz Band performing in an iconic Jazz setting - Birdland - “The Jazz Corner of the World” and as such, I wanted it posted to this page so as to include it in the blog’s growing archive of articles on this significant orchestra which, had it continued to exist, might have “compared to Basie's or Duke's,” to paraphrase the a part of the quotation by drummer Mel Lewis that closes this review.

Of course, the Concert Jazz Band’s legacy is still found to this day in the sounds and souls of the Vanguard Jazz Orchestra with some stops through the Thad Jones- Mel Lewis Band along the way.

“In an oddly-situated cellar, between 51st and 52nd Streets on Broadway, right in the heart of New York, is the 'Jazz Corner of the World,' Birdland

At first It looks like any other nightclub, a large square room ('square' geometrically speaking, that is!) with a bar, chairs, tables, waiters and all the other necessities of the trade. The unique features of Birdland are however Pee Wee Marquette, the M.C. and host, and the Bull-Pen.

The Bull-Pen is a unique feature, a moderately sized enclosure set up to cater for the non-drinking audience. Here, for the price of admission alone, the fans young and old, who don't care or cannot afford to drink, can just sit and listen to the most exciting sounds in jazz..

It was to these surroundings that Gerry Mulligan, making his first appearance at Birdland with the group, brought his Concert Jazz Band. This is the second year of the band's existence, and since making its New York debut at Basin Street East last November, the band has acquired a great deal more polish, while still retaining the freshest, swinging big band sound around today.

This is a band with a wealth of soloists, and a list of writers and arrangers that reads like a 'Who's Who’ of modern jazz, Johnny Mandel, Bill Holman, Phil Sunkel, Duke Ellington, and of course from the band itself, Mulligan, Brookmeyer, Quill, Cohn and Nick Travis.

The line-up reads as follows:

I entered the club halfway through the first set. The band was just starting Johnny Mandel's 'I Want to Live.' This was a forceful interpretation

of the movie’s main theme, with Terry, Cohn and Mulligan taking short solos.,

The last number of this set was Ellington's 'I'm Gonna Go Fishin' again with Mulligan and Terry doing most of the soloing. This is a fast number,, with 'both men ' showing touches of their own particular brand of humour as they trade choruses each elaborating on what has gone before.

The Toshiko-Mariano Quartet reviewed in a recent newsletter, then took over for thirty minutes.

A fast swinging Bob Brookmeyer arrangement of 'Broadway',' a tune from-the old Basie book, opened the second set. Mulligan took the first solo, eyes closed, shoulders hunched, seeming to bite off short punching phrases. He was followed by Gene Quill's alto. Mulligan stepped down to the piano and accompanied Al Cohn's driving tenor, before coming back to the stand to join Brookmeyer in a jumping duet to climax the number.

This was greeted with warm applause. Gerry grinned delightedly and counted, off the next number, one of his own arrangements, 'Motel.' This was a band feature, the sections completely and aptly integrated, with short Gene Quill, Brookmeyer and Mulligan solos towards the end.

The final number of this set was 'Five Brothers' a Mulligan original, arranged by Brookmeyer. All the soloists were featured, Bill Crow taking his first solo of the night, and Mel Lewis finishing the set with an exhibition of crisp drumming.

The band was a trifle slow returning to the stand, something Pee Wee, our exuberant host, was quick to tell them, referring to Mulligan as 'The Redhead.' This set began in a mellow mood, with a ballad arrangement of 'Django's Castle' by Brookmeyer. The next number was 'Tailor' a showcase for the talents of Mel Lewis, fast and swinging, allowing Lewis to display his imaginative, often humorous drumming, always tasteful and swinging.

A salute to Miles Davis came next, with a number appropriately 'Miles High.' This was a band feature, with Mulligan swinging along with the band, obviously enjoying every minute of it, a feeling he manages to communicate to everyone present.

A friend in the audience requested 'My Funny Valentine' and Gerry obliged with one of the finest performances of a standard he helped to popularise I have ever heard. Accompanied by bass and drums, this was the only tune of the evening to have a Mulligan Quartet feeling, using the band only for the last chorus.

The final number for the night, of course, was the band's theme — 'Utter Chaos', which featured all the soloists.

This, then, is the Mulligan Concert Jazz Band, a big, exciting, swinging band, one in which the musicians understand and complement each other. The soloists have a fluency and continuity which one would expect from jazz men of their stature. This is a band that listens to what each man is trying to say, and gives its support to him. Listening is extremely important in a band that plays each number differently each time, changing tempi, and adding personal twists to suit the man or section leading.'

Most of all, this is a happy band, believing in its future and one that is prepared to make sacrifices; in order to share that future. Mel Lewis, who made the Kenton '56 tour of Britain, has left his family and a steady job on the coast to join the band. Since January, Mel has flown back and forth four times to see his family and do various recording dates. Brookmeyer, who is to Gerry what Marshall Royal is to Basie, left his own very successful group, to once again become a sideman with the band. Nick Travis left a comfortable job on the Jack Paar TV show to join Gerry.

I spoke to Mel Lewis about this feeling the boys have for the band and for Gerry and. he. said: 'This is a really good band. It swings, and it gives you a freedom no other band does to play as you want to. The boys think that this could be a band you might one day compare to Basie's or Duke's. We would all like to see it reach that standard, and I feel sure that it will.'"