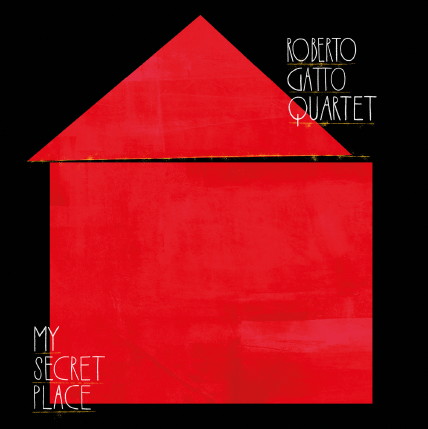 Internationally, Roberto Gatto is undoubtedly Italy’s best-known drummer. Born in Rome in 1958, he made his professional debut at the age of 17 with the Trio di Roma (with Danilo Rea and Enzo Pietropaoli). He has performed throughout Europe and internationally with his own groups and in collaboration with other artists.

According to the Istituto Italiano di Cultura based in San Francisco, CA: “His sound, and the groups under his name, are characterized by refined technique and timbre, as well as a warmth that is distinctive to Mediterranean culture.”

Put in Jazz terms, Roberto is a hard-driving, straight-ahead drummer reminiscent of Philly Joe Jones with overtures of Tony Williams and Elvin Jones to round out his style. Nice company

He has also composed film music, collaborating with Maurizio Giammarco on the soundtrack for Nudo di donnai, directed by Nino Manfredi, and with Battista Lena on the soundtracks for the films Mignon è partita, Verso sera and Il grande cocomero, all directed by Francesca Archibugi.

Roberto has a new audi CD coming out on August 20, 2021 on Via Veneto Jazz [VVJ-138] entitled My Secret Place. As is always the case with its new releases, the label works in conjunction with Jando Music.

“This album represents the will and the desire to start living again a life that would allow us to take back the spaces we have had to leave, reopening the drawers where we had left the projects, ideas, events that struck us, that we have memorized and that as musicians we translate into music, transforming them into unique pieces. In particular the song EVERYDAY LIFE, a song that I casually listened to on the radio while I was in a shop, I recognized the group Coldplay right away but not the title. I immediately thought that I would like to make a jazz version of it for my new record and entrust it to my daughter's voice [Beatrice Gatto sings it on the new CD]. I am very happy with the result and I definitely consider it one of the best songs on this album.”  - Roberto Gatto

The music has a beautifully sound quality; very clean, very crisp with a light airy feeling throughout.

On Gee See, Beatrice’s voice is integrated both in unison and in harmony with guitar and piano to create a joyous sensibility that underscores all of the music on this album. It’s performed in  ¾ time with Andrea Molinari’s guitar adding an interesting sonority to the tune.

Rambler is a feature for Allesandro Presti whose sound on trumpet continues the happy and free mood of the music and it along with Gee See are the only tunes on the album played in an uptempo meter.

Everyday Life and the Jazz Standard The Meaning of the Blues are features for Beatrice whose vibratoless voice is alluring. She sings with authority, especially for one so young, and manages to keep a quiet swing in place which is only fitting as the daughter of a drummer. Although it is not stipulated on the credits, Everyday Life features synthesizers that create a haunting dimension to this hit song by the rock group Coldplay.

My Secret Place, Satie’s Mood and Nebrodi are all tone poems with melodies that create moods and evoke feelings.

Mad Bog offers a nice contrast to the more reflective tunes on the album as it provides an opportunity to hear the group try their hand at a medium tempo swinger.

The closing track - Se Non Avessi Più Te [If I Didn’t Have You Anymore] - returns the listener to the slower paced, introspective music that is a hallmark of My Secret Place. It, too, features the beautiful, burnished tone of trumpeter Alessandro Presti, whose work on this recording is arrestingly engaging.

Pianist Alessandro Lanzoni is the key musician in the sense that he integrates and “orchestrates” the sound of the group with his deft touch on the keyboard and his “presence” throughout the music.

Roberto and Matteo Bortone come together to form a strong pulse, but one that doesn’t overshadow the music.

It would seem that when you open the door to Roberto Gatto’s “secret place” what greets you is the sound of warm music made with lilting melodies, gentle rhythms and exquisite musicianship on the part of all concerned. The music envelops you and creates a sense of security and contentment.

Perhaps Roberto’s “secret place” is a euphemism for - “la casa” or “le abitazione” or “la dimore” - in other words, “home.”