Tommy Flanagan - A Bebopper of Gentlemanly Distinction - [From the Archives] 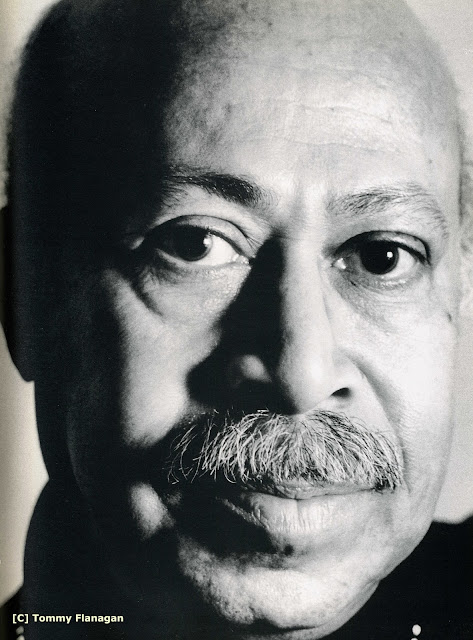 “One of the piano masters of Detroit, he played on many major recordings in the late '50's but thereafter sought an accompanist's security behind Ella Fitzgerald and Tony Bennett. Emerged as an undimmed creative spirit in the 1970's and 1980's, a bebopper of gentlemanly distinction.”
-Richard Cook and Brian Morton in The Penguin Guide to Jazz on CD
Tommy Flanagan's discography falls largely into two categories: [1] those recordings on which he appeared before he became known as one of the finest accompanists in the business, backing Tony Bennett and, more memorably, Ella Fitzgerald in her great 1960s resurgence and [2] those he made after his tenure with Tony and Ella. On all of them, Flanagan's bop vocabulary is uplifted by his beautiful touch.
To put it another way or, the other way,, Tommy’s fabled delicacy is always complemented by a fine, boppish attack that can be very blunt and straightforward.
“Tommy Flanagan” is also the always-surprising answer to one of modern Jazz’s most enduring trivia questions: “Who played piano on John Coltrane’s first LP for Atlantic - Giant Steps?”
Most people assume that the answer is Coltrane longtime associate, pianist McCoy Tyner, and they always seem a bit puzzled to think of Flanagan’s wonderfully lyrical style in association with Coltrane’s piercing, “sheets of sound” approach.
Actually as noted by Richard Cook and Brian Morton in The Penguin Guide to Jazz on CD:
“Throughout the 1970's and early 1980's, Flanagan explored aspects of harmony most closely associated with the late John Coltrane, often stretching his solos very far from the tonal centre but without lapsing into the tuneless abstractions that were such a depressing aspect of Coltrane's legacy.”
I’ve always thought of Tommy as a cross between two other Detroit pianists - the hip, Bud Powell-inspired bop phrasing of Barry Harris and the beautifully crafted melodicism of Hank Jones.
Tommy’s playing strikes me as something that has always been conscious that music is very precisely mediated by time, place and specific contexts. 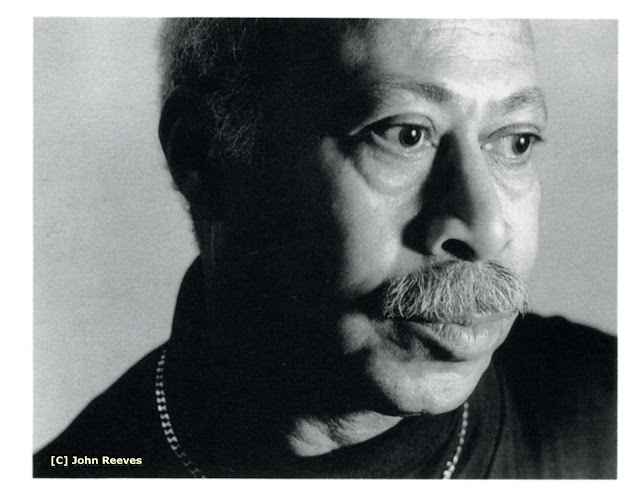 There may be another reason for its distinctiveness as Gene Lees surmised in this following piece on Tommy which appears in Jazz Lives: 100 Portraits in Jazz:
“It has often struck me that musicians who learn another instrument first seem to bring the influence of that instrument to the one on which they finally settle as their life's work. It will probably not surprise you that Oscar Peterson played trumpet as a child, or that Bill Evans played flute and violin. Tommy Flanagan began studying clarinet at the age of six, and I do believe I hear its mellow influence in his lovely, flowing, gracefully legato piano work.
Tommy worked in his early days in Detroit with Milt Jackson and with Thad and Elvin Jones. One of his influences was the third of the Jones brothers, Hank. Others were Bud Powell, Teddy Wilson, and Art Tatum. And after he moved to New York in 1956, Tommy sometimes substituted for Bud Powell at Birdland. In the next few years, he worked with just about everybody of stature in the New York jazz world, including Oscar Pettiford, Miles Davis, J.J. Johnson, Sweets Edison, Sonny Rollins, John Coltrane, and Coleman Hawkins.
Tommy is a soft-spoken and self-effacing man, and one of the gentle and generous accompanists. Ella Fitzgerald hired him as her pianist and music director for many road tours. He worked for her in 1956, from 1963 to '65, and from 1968 to 1978. For a time, in 1966, Tommy was Tony Bennett's music director.
In recent years, he has been working more with small instrumental groups, where his elegant abilities as a soloist are on more advantageous display.”
In his essay Jazz Pianists of the 1940s and 1950s which graces Bill Kirchner [Ed.], The Oxford Companion to Jazz, the late pianist and Jazz scholar Dick Katz summed it up this way:
“Tommy Flanagan, a fellow Detroiter, is now one of the most esteemed pianists in the world. He played on some of the most historic records ever made, including Sonny Rollins's Saxophone Colossus (Prestige) and John Coltrane's Giant Steps (Atlantic). Tommy was definitely a Powell disciple, but he also listened closely to Nat Cole, Hank Jones, Al Haig, Art Tatum, and Teddy Wilson to forge his own wonderful musical personality. As with the other Detroit talents, this type of lyricism — "playing the pretty notes," as Charlie Parker was quoted as saying — is a salient feature of his playing.”
You can hear Tommy playing those “pretty notes” on the following video tribute to him. The tune is More Than You Know which is from his 1986 CD Tommy Flanagan: Nights At The Vanguard [Uptown UPCD27.29]. George Mraz is the bassist and Al Foster is on drums.
Posted by Steven Cerra at 7:00 AM